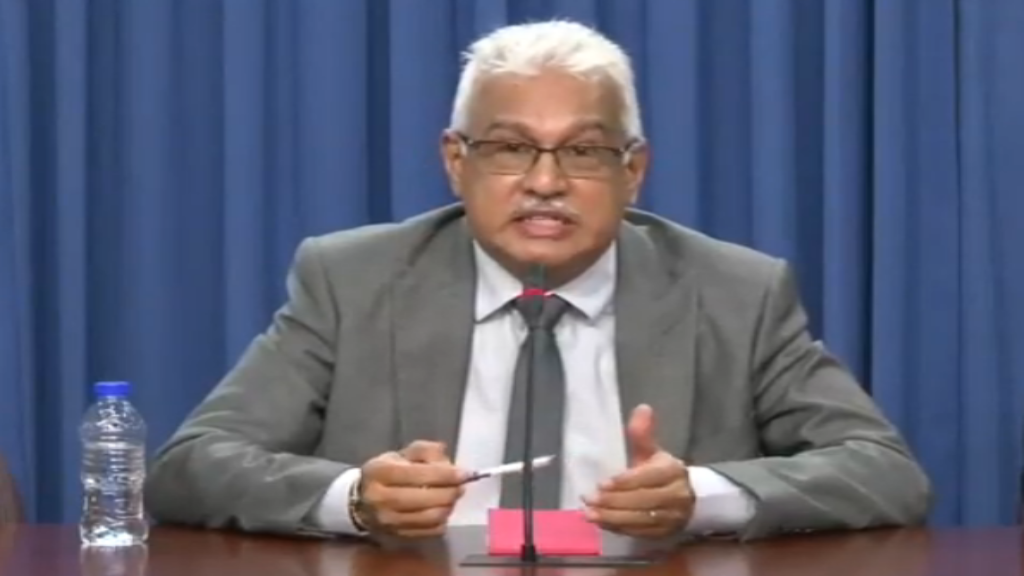 Government is moving forward with its plans to decentralise mental healthcare with the creation of a post for a National Director of Mental Health.

Health Minister Terrence Deyalsingh made the revelation at the Post Cabinet media briefing on Thursday.

The announcement follows an incident in which a man climbed up to the roof of the Port of Spain General Hospital and threatened to jump. He was eventually coaxed down.

Deyalsingh said he brought a note to Cabinet today for the creation of the post which was approved.

He said the position, which is similar to the Director of Women's Health, should have been created decades ago.

"This person will be advising the Minister of Health on policies to treat with issues just like that. That person will also now be driving the Ministry’s new policy directive of the decentralisation of mental health treatment away from St Ann’s."

Deyalsingh said the current model of treating mental health in Trinidad and Tobago has been built around having people remain at the St Ann’s Psychiatric Hospital for as long as 30 years.

"But because St Ann’s is seen as the central core of mental health, you have somebody in Cedros can they access mental health in their community? The answer is no."

The new model of mental healthcare, he said, is in line with international best practice and has its core centralisation back into the communities so people with mental health issues can be near their families and earn a living.

Deyalsingh said mental health is a serious issue and the Director of Mental Health, when hired, will advise the Minister as to policy interventions to deal with mental health in Trinidad and Tobago.

Advertisements for the position are expected to be published shortly.