Cache of weapons seized in Woodbrook 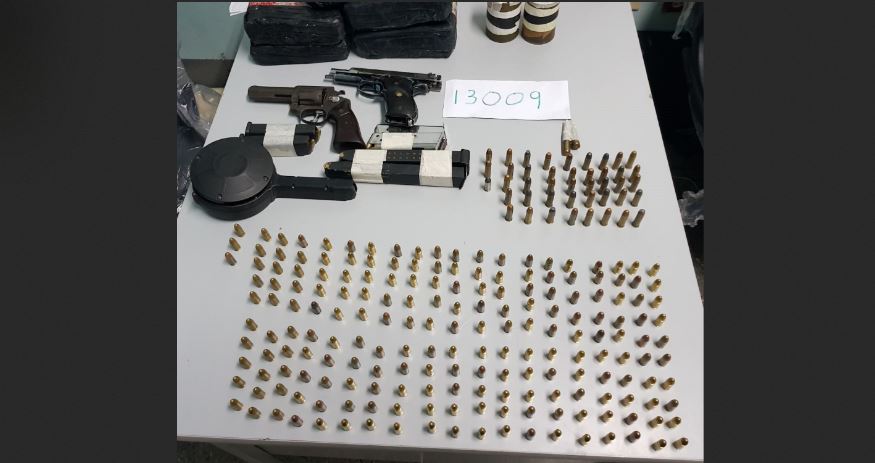 Another cache of weapons, which reportedly included two hand grenades, were found and seized last night at a house in Woodbrook.

According to initial reports, officers of the North Eastern Division Task Force received key information which led them to a house along Dennis Mahabir Street, Woodbrook, at about 10 pm yesterday.

The officers, coordinated by ACP Persad with assistance from Snr Sup Sagramsingh, Supt Pragg, ASP Michael Sooker, Sgt Sterlyn Taylor, Cpl Shiraz Ali and PC Lindon Holder and PC Lester Dwarika, among several others, executed a search warrant at the premises in the presence of one man.

During the search of the home, two hand grenades, one pistol, one revolver, one 9mm magazine with a capacity of 100 rounds, and over 400 rounds of assorted ammunition were allegedly found and seized.

The officers also seized an estimated total of 2.5 kilogrammes of high-grade marijuana at the home.