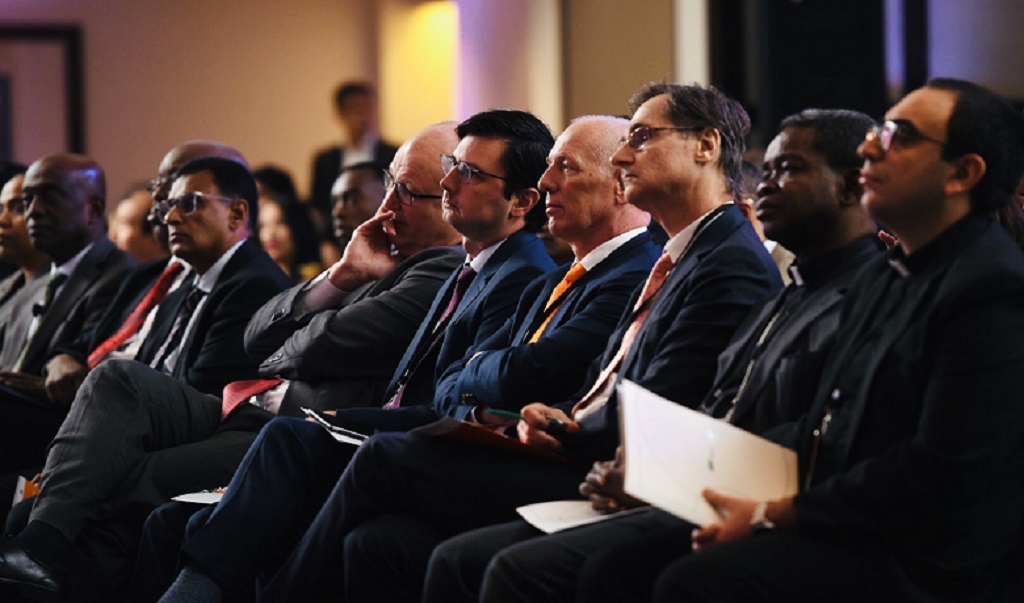 CAF-Development Bank of Latin America conference in Port of Spain.

Trinidad and Tobago needs to improve its productivity levels and boost a low emission economy.

The diagnosis, which is shared with most Latin American and Caribbean countries, was given by a group of international experts at an event in Port-of-Spain held by the CAF-Development Bank of Latin America as part of its 50th-anniversary celebrations.

"Our development strategy focuses on fiscal stability, expanding exports, increasing productivity, maximizing natural resources, and promoting an economy that respects the environment and social equity," Finance Minister Colm Imbert said as he recognized the progress the country has made toward diversifying the economy and ensuring fiscal stability.

Imbert also said it was a pleasure to work with CAF to implement key infrastructure projects and assure fiscal stability in Trinidad and Tobago.

“There is no other better way to celebrate our anniversary than debating on key development topics for Latin America and the Caribbean, such as the consensus needed to boost productivity and fight climate change.”

During the first panel of the conference which focused on how to strengthen institutions for productivity growth, international experts discussed different ways the region could escape the dependence on commodities and embrace a more innovative approach to economic development.

Central Bank Governor, Alvin Hilaire, said before implementing public policies on productivity and innovation it is necessary to have true data. He also pointed at workers’ education and skills as the key factor in boosting productivity and business performance.

Director of Research at CIEPLAN, Patricio Meller, also had a say on education and labour force.

“The future of Latin America and the Caribbean depends on labour skills and not on gas and oil,” said Miller.