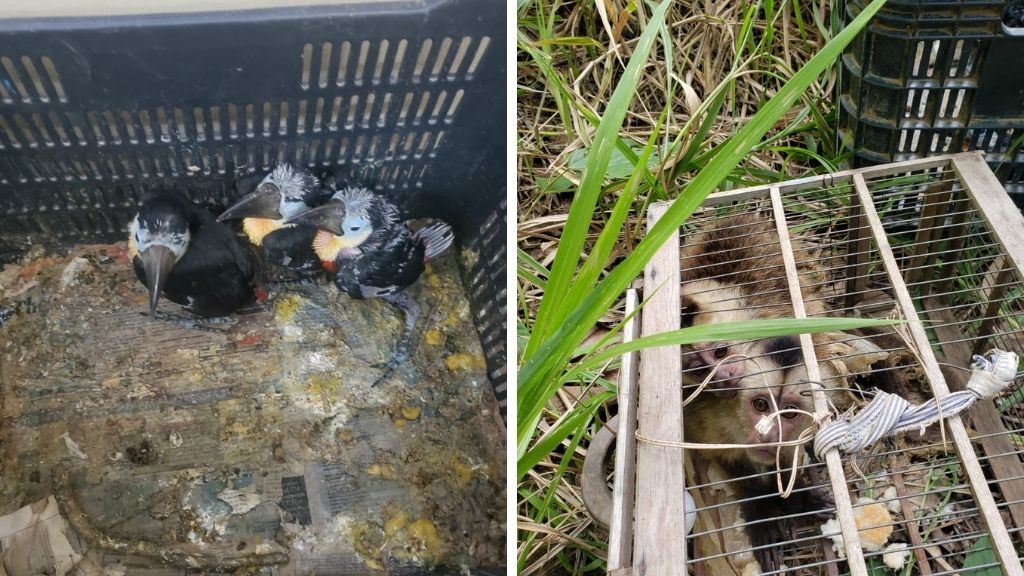 Photo: Toucans and monkeys crammed into cages for trafficking were rescued by the TTPS. Photo: TTPS

In yet another case of wildlife trafficking, police rescued several wild animals from cages and seized a quantity of marijuana during a raid in Penal.

According to a statement issued today by the Trinidad and Tobago Police Service (TTPS), detectives of the Penal Criminal Investigations Department (CID) rescued a number of prohibited animals and seized a quantity of narcotics following an intelligence-led exercise yesterday.

After surveying the area, the officers also found one black plastic bag which contained 38 grammes of marijuana.

The rescued animals were handed over to the Game Wardens Department and the narcotics destroyed.