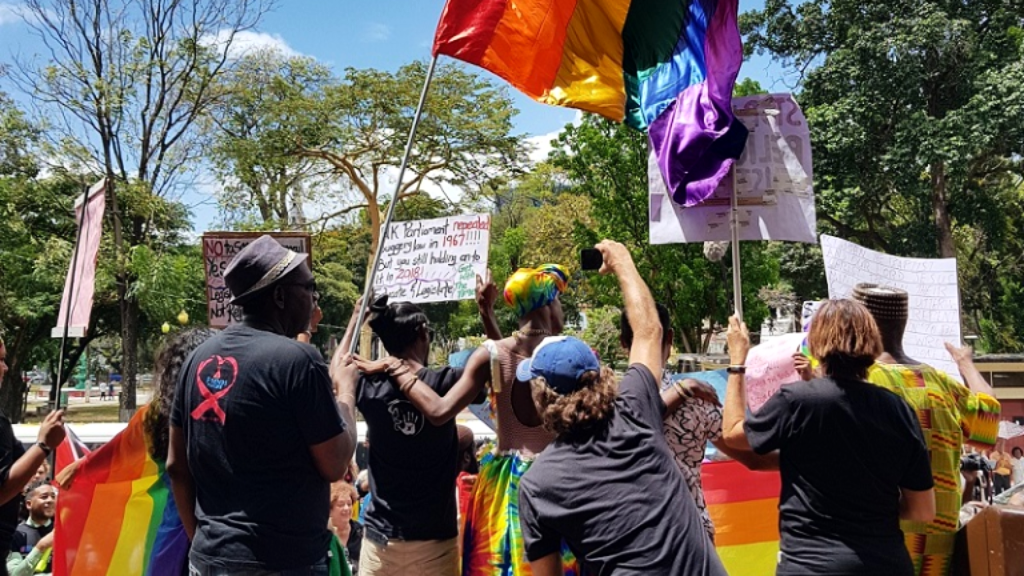 Photo: Supporters and members of the LGBTQI+ community celebrate on April 12, 2018 after T&T's High Court ruled in favour of appellant Jason Jones that the country's sodomy laws are unconstitutional.

The misgendering of a trans man in a recent media report is a sign that more education and awareness of the LGBTQI+ community is needed, said Colin Robinson, head of CAISO (Coalition Advocating for Inclusion of Sexual Orientation).

Speaking to LoopTT, Robinson referred to a recent article by the Trinidad Guardian on transgender man, Oliver Hirst, who was repeatedly referred to as 'she' in the article.

Hirst later clarified via social media that the error was one of oversight and that the journalist did not intend to misgender him.

Robinson said that CAISO has since held educational awareness sessions for the media and has also placed newspaper advertisements to clarify certain misconceptions about trans and intersex people.

"We want media coverage to not do harm (to those being interviewed). Over the last decade we have seen an increase in coverage and increasing attempts to be responsible on the part of media, but media also has a learning curve in understanding how to talk sensitively, particularly about intersex and the transgender experience.

"There are issues where the public as a whole is looking for guidance around how to understand this, and media can play a powerful role in doing that. At the same time, media can also sow confusion, grief and sensationalism, so it's a two-edged sword," he said.

The University of the West Indies (UWI) Institute for Gender and Development Studies along with CAISO and other advocacy groups came together to address gender issues with a project called the Sexual Culture of Justice Project. 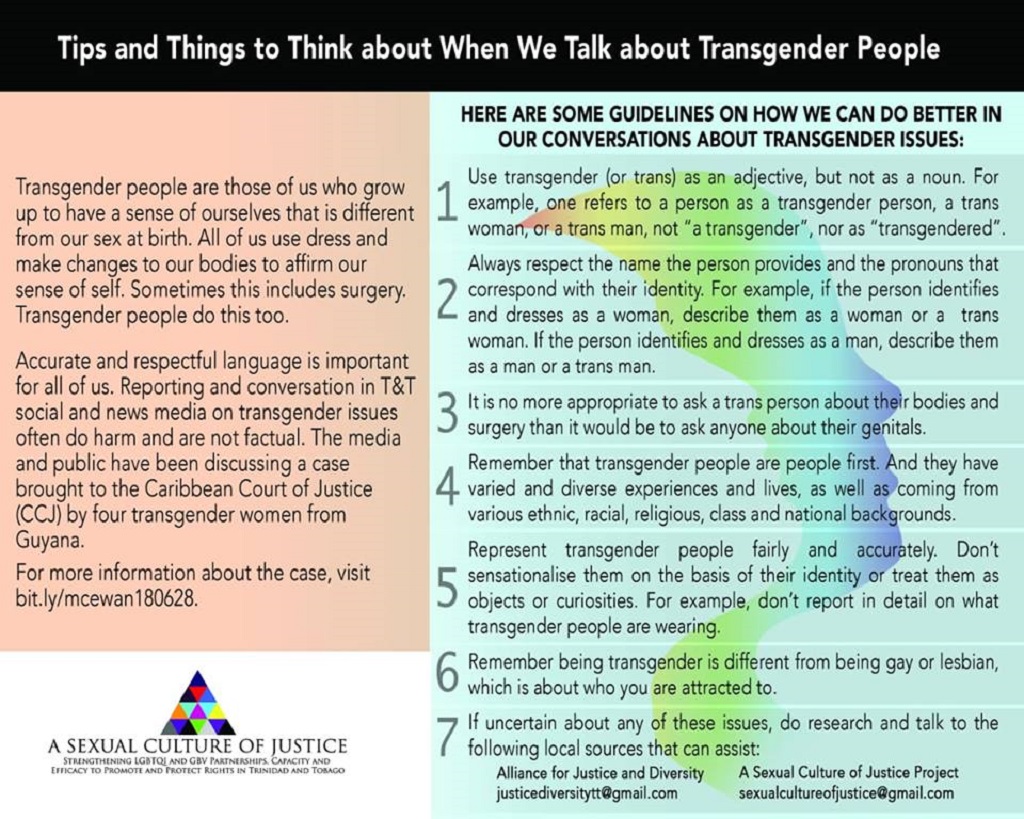 CAISO said nevertheless, the public needs to become more aware of gender issues and how to address transgender and intersex people.

"We need to be aware of how to use non-offensive language, we've done it for women, we've done it for racial, ethnic and religious groups and it would be great if we could have language that affirmed trans people, and one of the simplest principles is: Respect the gender that people identify with."

"If someone is trans and said they are masculine, say 'he'. Making someone out to be something other than who they are can be really violent. We don't do it for people who change their names for religious or ethnic reasons, so why do it with trans people?" He said.

Robinson, however, credited Newsday journalist Janelle de Souza for covering intersex people, which he said was an example of the media helping to educate the public.

"The problem is that homophobia drives a lot of the stigma (against people within the LGBTQI+ community) that 'men and men' and 'women are women', and that they have a particular set of attributes, behaviours and sexuality, and science has shown that that's just not nature," he said.

Hirst spoke out at the first ever Pride Parade in Trinidad and Tobago which was held in Port of Spain on July 29, calling for more understanding and awareness for transgender people and the LGBTQI+ community.

The parade began at Nelson Mandela Park, where transgender woman Sasha Fierce had been murdered on December 5, 2017.

Hirst said he reached out to the Guardian for the story to be corrected.

The World Health Organisation (WHO) announced earlier this year that it would no longer classify “gender incongruence”—perceiving oneself to be of a different sex than what you were born—as a mental disorder.

A person’s sense of being masculine, feminine, or other gendered.

A person whose gender identity is between genders or a combination of genders.

Someone whose sex a doctor has a difficult time categorizing as either male or female. A person whose combination of chromosomes, gonads, hormones, internal sex organs, gonads, and/or genitals differs from one of the two expected patterns.

How a person identifies physically: female, male, in between, beyond, or neither.

A person who lives as a member of a gender other than that expected based on anatomical sex. Sexual orientation varies and is not dependent on gender identity.

This term is primarily used to refer to the process a gender variant person undergoes when changing their bodily appearance either to be more congruent with the gender/sex they feel themselves to be and/or to be in harmony with their preferred gender expression.

An identity label sometimes adopted by female­to­male transsexuals to signify that they are men while still affirming their history as females. Also referred to as ‘transguy(s).’

The irrational fear of those who are gender variant and/or the inability to deal with gender ambiguity.

A person who is sexually attracted to all or many gender expressions.