CAL ‘buffed’ for delay in supplying information to JSC 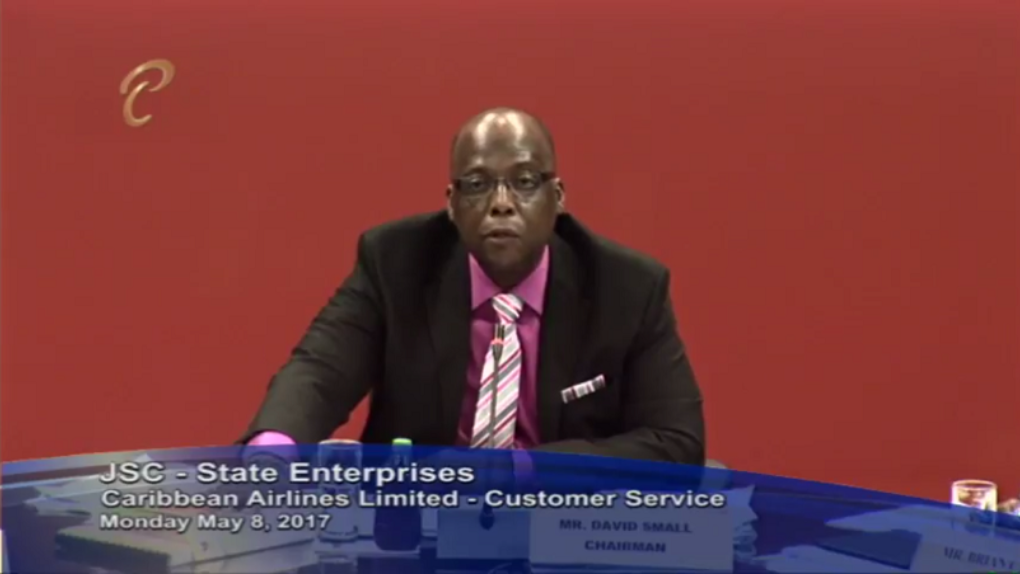 Chairman of the Joint Select Committee (JSC) on State Enterprises, Independent Senator David Small, chastised staff members of Caribbean Airlines Limited after the company said it would review requests for information put forward by the JSC.

Speaking at the JSC’s meeting on Monday, Small said the company is not in the position to deny any requests for information by the committee.

“We felt that was out of place. You can’t ascertain the relevance of a Parliamentary Select Committee. I think some guidance is needed because in repeated correspondence…”Kindly be advised that we are in the process of reviewing your request”.”

“The committee struggles to understand what would lead an entity for whom the Parliament is requesting information…the reason that you are here is because you are a State entity. No one should be writing to say that you are reviewing our request. We take a particular concern with that.”

“You do not have the leeway to review our request. I want to make it abundantly clear, it will not be tolerated.”

Small said state entities need to be sensitised as to what is required of them as this demonstrates a level of disrespect to the committee.

Elias was asked to answer after TSTT recently agreed to purchase Massy Communications at a cost of $255 million.

However, Mark responded that he could not decline the request.

When Elias again declined, Mark retorted, “We too decline your offer”.

Elias said TSTT is legally in a strange position, as it is exempt from the Freedom of Information Act and the Integrity Commission.

He said 51 percent of stock in TSTT is owned by shareholders of the National Enterprises Limited and not Government.

Elias acknowledged that the purchase of Massy Communications was done without informing Government.