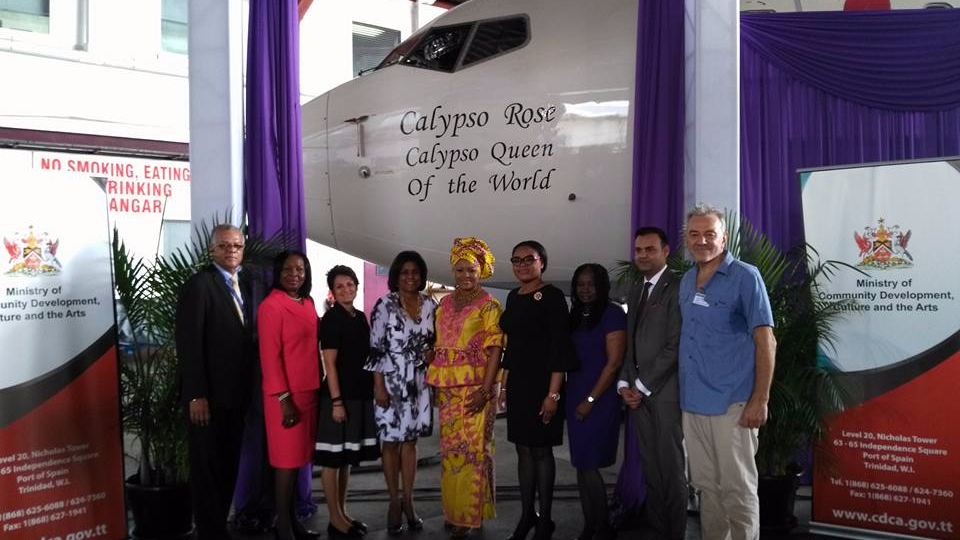 A Caribbean Airlines jet has been dedicated to the Queen of Calypso, Calypso Rose.

The naming of the aircraft in her honour came as Cabinet in February took a decision to recognise her World Music Album of the Year win with “Far From Home” at the French Victories de la Musique.

She is the first soca artiste to grab the title.

CAL is in discussions with Calypso Rose’s management team on those items.

The calypsonian herself was not present at the unveiling ceremony as she is in Lyon, France, where she was scheduled to perform last night.