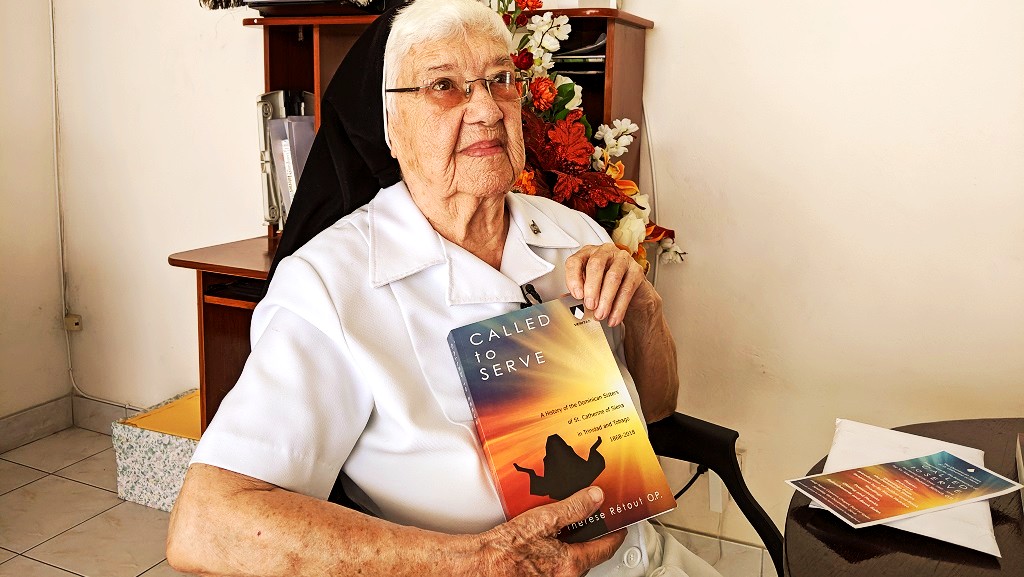 The history behind Chacachacare’s leper colony has once again come to light, thanks to Sister Marie Thérèse Rétout OP, who has released the third edition of her book ‘Called to Serve’.

This historical account gives precious insights into the lives of the Dominican Sisters of the French Congregation of St. Catherine of Siena, who travelled thousands of miles from France and Poland to set up and run the Leprosarium at Chacachacare Island.

Even more amazing is the fact that Sister Retout wrote this third edition of her book at 94.

Her preface of the book states: “…I was amazed when seeing the number of changes since the (first) publication of the book…it became obvious something had to be done, but by whom? Surely not me, a 94-year-old! However, circumstances revealed that the work was in God’s plan, and I accepted to do it with His help.”

After losing her mother as a child, Sister Retout endured the Second World War in Burgundy, France. She then joined the Dominican Sisters of Bonnay.

She then made the fateful journey to Trinidad in 1952. In 1972 she began writing for the Catholic News and the rest, as they say, is history. 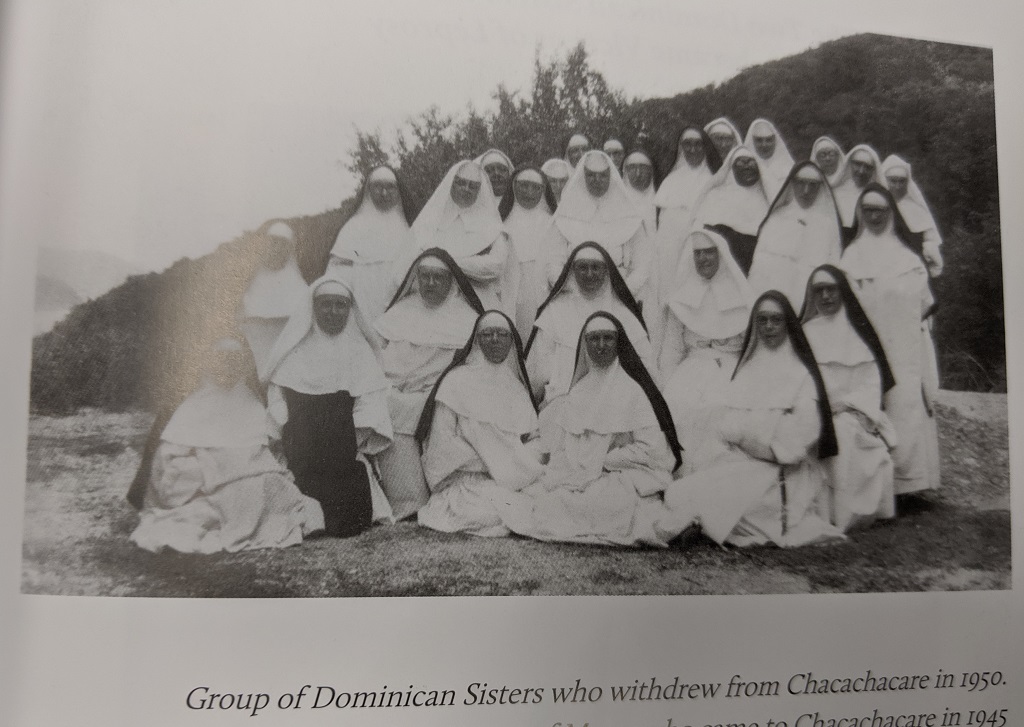 According to the book, in 1866, the then British Governor of Trinidad, Sir Arthur Hamilton Gordon, asked Archibishop Gonin to reach out for help from the Dominican Order to run the Leper Asylum at Cocorite.

Mother Dominic of the Cross agreed to send the Sisters, who first underwent a year of training at a hospital which specialised in tropical diseases before making the months-long journey to Trinidad.

In 1868 the first five Dominican Sisters, all volunteers, arrived in Trinidad. Just two weeks later they moved to the Leper Asylum at Cocorite and began ministering to their patients.

Until 1873, knowledge of Hansen's Disease was scarce. It is now known that infection can spread when an untreated patient coughs and sneezes if the infection is acute. However it's considered the least catching of all communicable diseases and is not inherited. 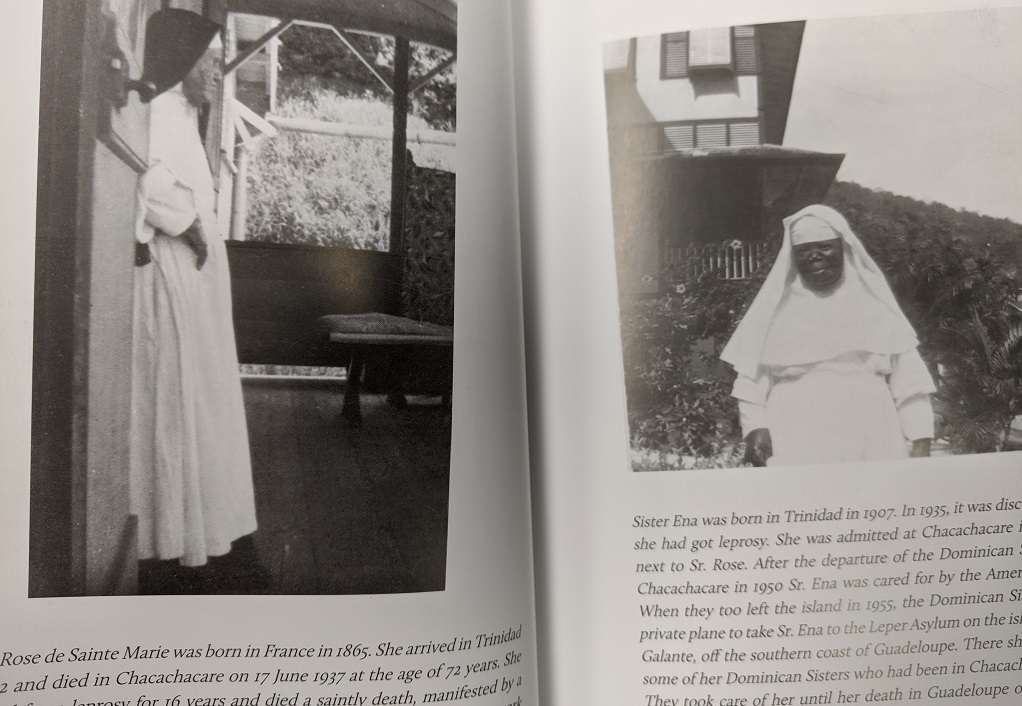 (Photo: Sisters Rose and Ena were the only two Sisters to contract leprosy during the existence of the leper colony on Chachacare. Photo courtesy Sr Retout/The Dominican Order)

Since then, Hansen's disease has almost been eradicated in Trinidad and Tobago thanks to new drugs and proper medical care.

Initially setting up in Cocorite, Sister Retout said the area was nothing like what it is today, being marshy, full of mosquitos and undeveloped.

“It was very different back then, there were no roads, there were lots of mosquitos,” she said.

The mosquitos, however, proved to be a fatal problem.

In 1869, the deadly yellow fever virus took hold, leading to the deaths of two Fathers and nine Sisters within the space of a week.

The tragedy caused grief throughout the Order and condolences came in from France, Rome, Belgium, England and Germany.

Nevetheless, the Sisters worked hard to care for their patients who suffered with the dreaded Hansen’s disease. 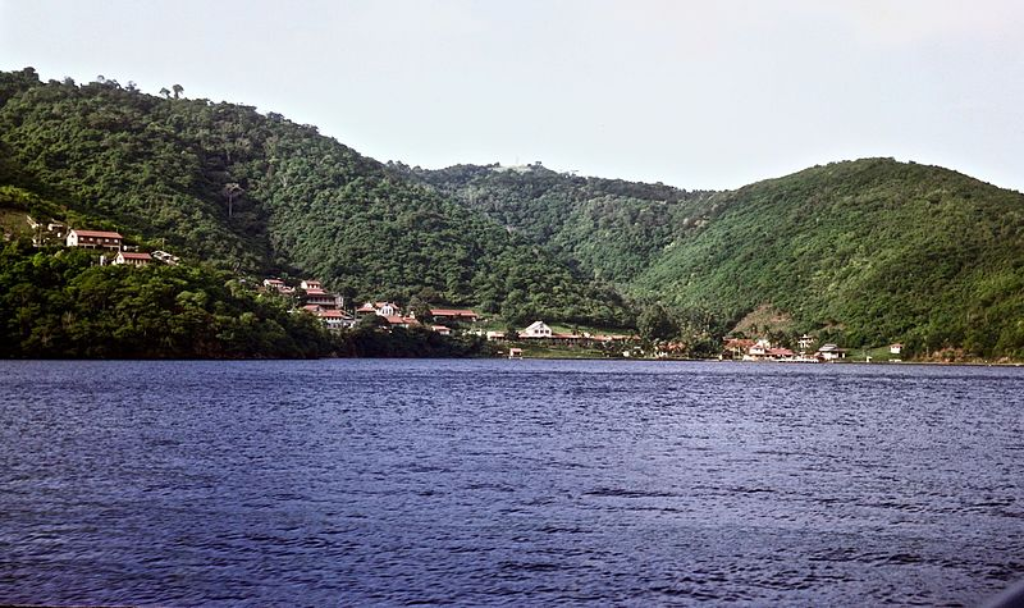 Following the construction of the Leper Asylum at Cocorite, in 1921 it was announced that a Leper Settlement would be constructed on the island of Chacachacare.

This decision was taken due to information that the disease was spreading in ‘alarming proportions’. The move to Chacachacare took place from 1922 to 1923.

During the existence of the Leper Asylum at Chacachacare, only two Sisters contracted Hansen’s Disease – Sr Rose, who was born in France and had volunteered to come to Trinidad in 1893, and Sr Ena.

The two Sisters were the only ones to contract the disease in the facility's 82 years of service.

In all, 10 Sisters were buried on the island of Chacachacare after giving their lives in service to the sick and infirm.

The Order of St Dominic forever re-shaped the fabric of society in Trinidad and Tobago, with the establishment of orphanages as well as several schools in Port of Spain and other areas.

The establishment of St Dominic’s Orphanage in 1871 was done after French Dominican priest, Father Mariano Forestier, saw large numbers of homeless children, some as young as three and four years old, on the streets of Port of Spain.

Fr Forestier begged for the required land and funds to have the orphanage built. Just two months after its construction, there were already 18 orphans being cared for.

“It was a common sight to see Fr Forestier going through town in a buggy drawn by a donkey…selling food and alms for the children,” Sr. Retout wrote.

Holy Name Convent was inaugurated in 1890 and has since become one of the country’s top schools, while Holy Name Preparatory School was created in 1963. 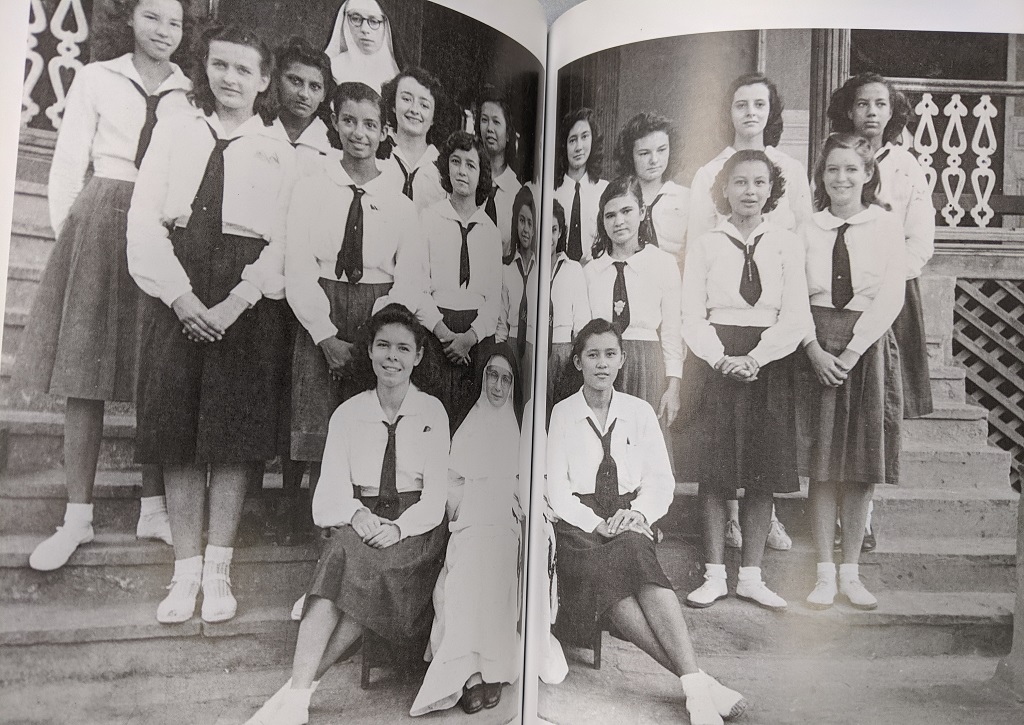 After moving to Trinidad and Tobago and interviewing people all over the country for her work with the Catholic News, Sr Retout says this country is her home.

She said she is happy to spend the rest of her days in Trinidad, after living here for over 60 years.

Sr Retout said throughout it all, her faith has kept her strong even when her will wavered.

“Trust in God, just trust in God and everything will fall into place.”

'Called to Serve' is available at all branches of Nigel R. Khan and is also available at Holy Name Convent. For more information on how to get a copy call Nigel R Khan at 235-3276 or visit them on Facebook: https://www.facebook.com/NigelRKhanBookseller/