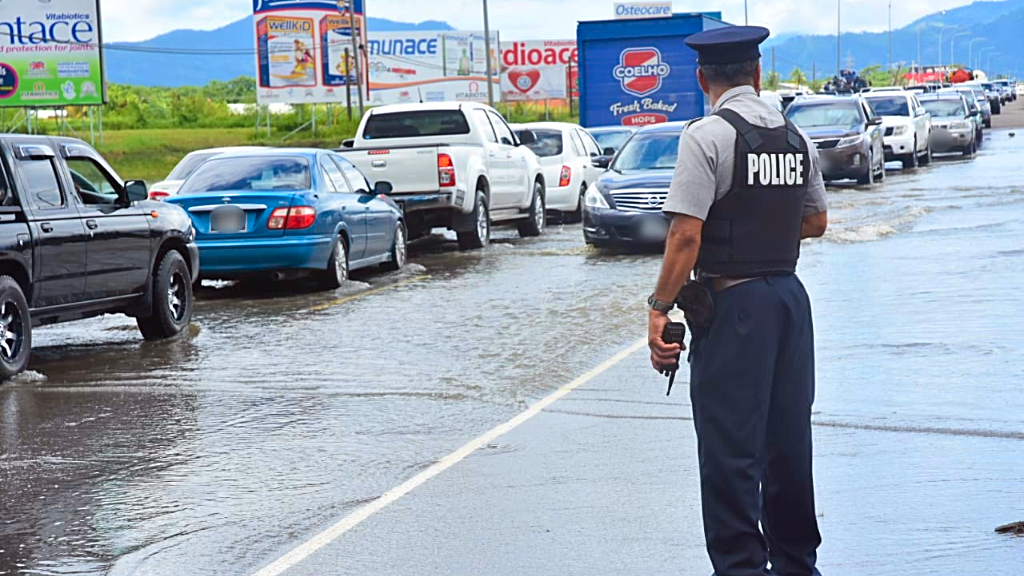 The Trinidad and Tobago Police Service Social and Welfare Association has been among the organizations who have been rendering aid to its membership since Saturday morning.

And in keeping with the drive to aid those who are affected, the Association has a request from all its members – to donate at least $100 to an account which will be opened to assist displaced officers.

Speaking to LoopTT on Monday, the Association President, Inspector Michael Seales said that over 100 officers in the service would have been affected by the flooding.

He noted that he did not have the exact numbers, however, as many officers were recipients of HDC housing in the Northern and Eastern Divisions – many had unfortunately been affected by flooding.

So much so, that many officers, like many citizens in this country, had lost everything and were not even able to report to work.

“Therefore, the association is asking for persons when they get salary this month-end to contribute at least a $100.00 to an account that will be open to assist displaced officers. These donations would be used for Police Officers who have been affected by adverse weather conditions,” Seales explained.

He noted that the donations can be made at any FCB branch - Account # 1883657 - Account name: Municipal/City Corp.