Can technology help us sleep better? 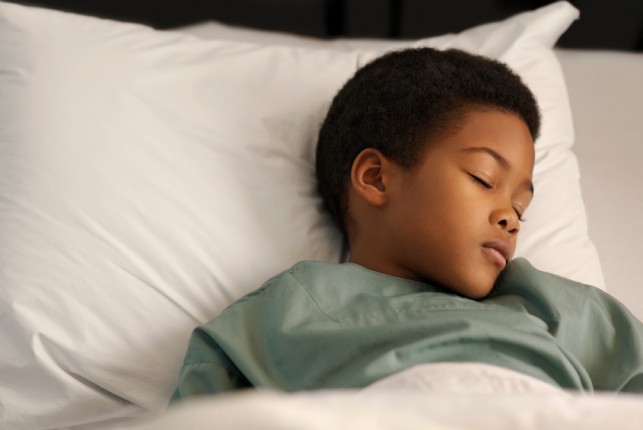 It is no secret: lack of sleep is killing us. The problem is so great that it has been described as an epidemic. If exercise in king and nutrition in queen, what then is sleep? I’m not quite sure, but it lies somewhere between two. In fact, many wellness experts believe sleep takes precedence over them. The long and short of it is that sleep is vital, but too many of us don't really understand the significance, or we’d be getting more rest.

Sleep affects so many aspects of our lives and helps us to best at our best by increasing productivity, mitigating weight gain and depression, and maintaining overall health. Matthew Walker, sleep scientist at the University of California, Berkeley, believes that lack of sleep can play a role in the development of, in addition to other things, Alzheimer's disease, cancer, diabetes, obesity and poor mental health.

Technology is often blamed for its role in the ongoing sleep crisis, as many people are up watching TV or scrolling on their phones when they should be asleep. But can it also help fix the problem? Techies and average Joes and Janes alike are using wearable technology to reduce sedentary behaviour, but many of these items can also be used for sleep analysis, to monitor our sleep patterns.

It is recommended that an adults get a minimum seven-nine hours of sleep per night, but how do you know whether you are hitting that target? You may tell yourself that you go to bed at 10PM and awake at 6AM, so automatically you’ll say you get eight hours of sleep. But do you really? There is a thing we refer to as quality of sleep that can be explained using the different stages of sleep, and tech companies are now enabling us to track and analyse the various stages.

The body goes through several stages of sleep during the night, the sleep cycle: light and deep sleep, and finally REM, which lasts an average of 90 minutes, although individual sleep patterns vary.

Light sleep commences within minutes of falling asleep. This is the entry point, somewhere between awake and asleep. Disturbances are more likely to get your attention at this stage—for example, if someone calls your name.

Deep sleep occurs after exiting the light sleep stage a few hour after falling asleep. Several important things happens at the stage; the body rejuvenates, refreshes and restores itself here—tissue repair and growth, energy restoration and hormonal release critical for muscular growth and development. It is important to note that deep sleep usually occurs earlier in the night.

REM (rapid eye movement) occurs during the second half of the night after exiting the deep sleep cycle. The body remains here for a long period during the sleep cycle. Dreams are most likely to occur here as the brain is now more active. 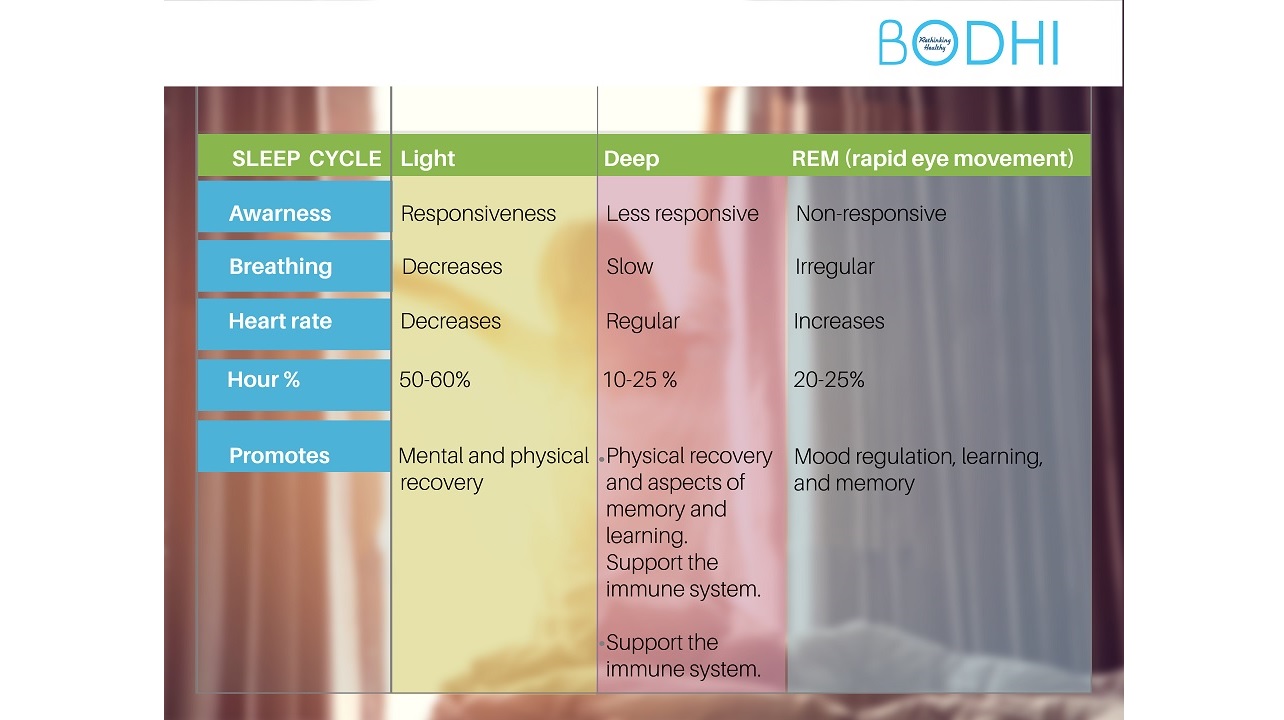 My Apple Watch is a little limited in its sleep analysis capabilities, so I decided to put my Fitbit to the test. I’m pretty new to it, and as I begin to figure it out, the more I understand it is very much underutilized. Fitbit uses the three stages of sleep including a fourth they refer to as ‘Awake.’ It tracks these stages by detecting heart rate from the pulse and sensitive motion detectors. Presetting is required on the device. I didn't go to bed with any expectations, but I was rather intrigued to see the analysis. (Sidenote: My Fitbit battery life is approximately five days, sometimes more, depending on the usage. There's no need to worry about overnight charging and interference with tracking your sleep.)

From sleep schedule analysis, I went to bed at 7:30PM and woke up at 5:26AM which approximately 10 hours of sleep—four minutes short, to be exact. Of those hours, 11 per cent were Awake, 23 per cent were REM, 49 per cent Light and 17 per cent Deep. I would say I slept for 10 hours, but on further analysis, that was not exactly the case because for approximately one hour and six minutes, I was awake. This Awake period at time can be so small that it goes undetected.

Another important factor to highlight is that it compares an individual’s sleep cycle to the recommended average. That way, you know what aspects of your sleep you need to work on. Knowing this information is helpful, especially in light of the fact that the later you go to bed, the less likely you are to enjoy deep sleep. Therefore, it would profit you to get into a regular sleep schedule and try to go to bed early. Numerous studies have indicated that a consistent bedtime and wake time leads to better sleep quality.

Don’t knock it until you’ve tried it. It might seem crazy that one would go into that much detail about sleep, but it is very important if we expect to thrive in the midst of this sleep deprived culture. It’s time we start to value sleep. As Matthew Walker stated, “No aspect of our biology is left unscathed by sleep deprivation. It sinks down into every possible nook and cranny.”

I understand that not everyone is a techie or interested in wearable technology, but if it interests you and you can afford it, why not make the investment? There are many different models on the market. Based on my comparisons, Fitbit carries a good range, and the Jawbone Up3 is also a good product. There are a few standalone devices such as Emfit QS, Beddit, S+ by Resmed, Withings Aura or Sleepace Reston. I wouldn’t say they are perfect, but the technology is constantly being improved and upgraded to provide better results. Additionally, you'd be surprised to know how much information can be obtained from them that you can use to make better choices for your overall health. 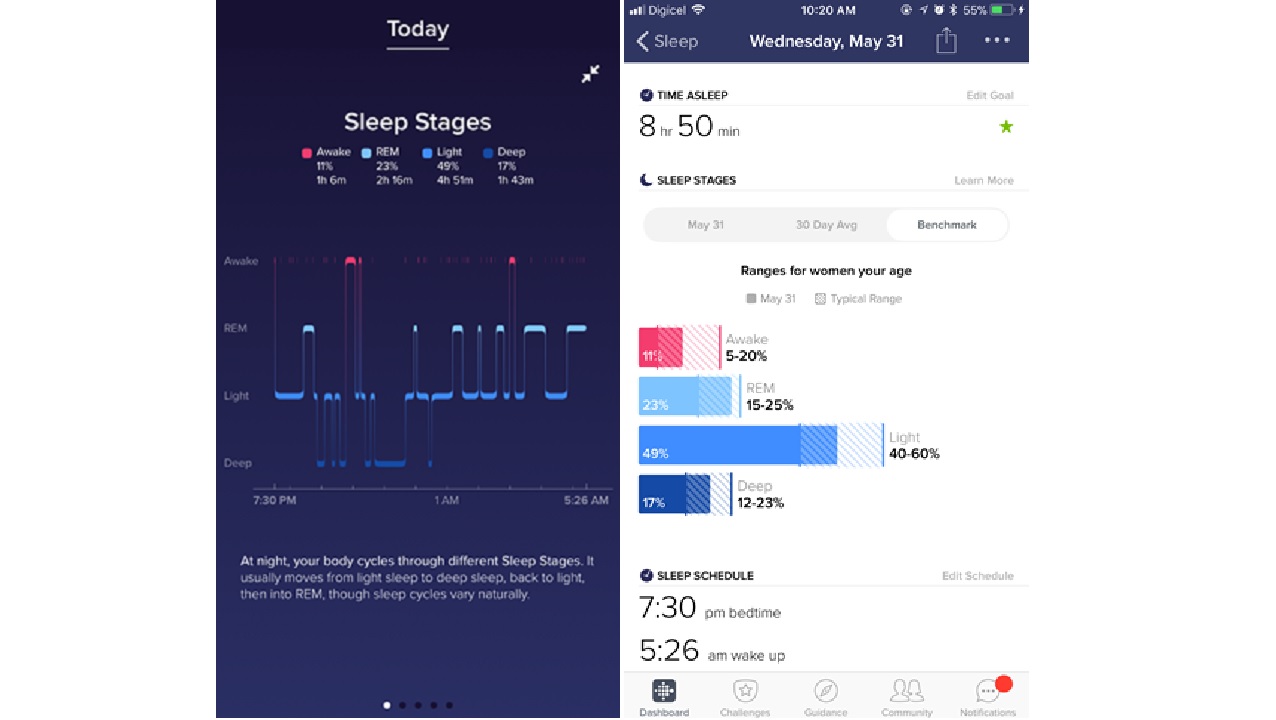 Contributed by Meisha-Gay Mattis, founder of Bodhi, a Kingston-based holistic wellness company. She is a certified Integrative Nutrition Health Coach and Personal Fitness Trainer. Email meisha@ourbodhi.com for more information or visit any of the following

WORLD GOING NUTS FOR COCONUTS: Great ways to use the fruit

6 ways you can fight stress today