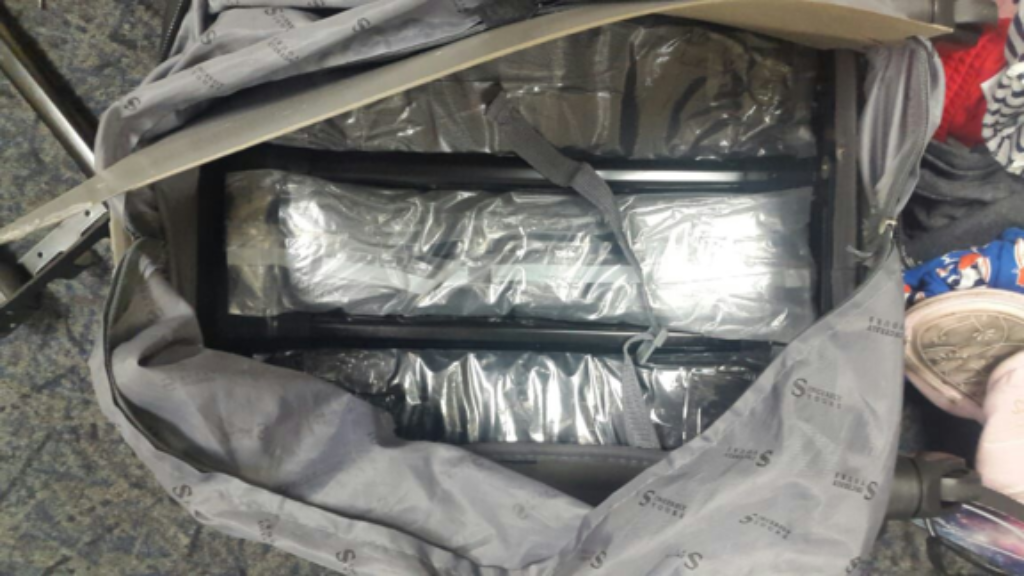 A pregnant Canadian woman was arrested at the Piarco International Airport after a quantity of cocaine was found in her possession.

The 24-year-old woman, who is four and a half months pregnant, was arrested last Wednesday at 11:15 am as she as she prepared to board a flight to Canada.

Officers of the Organised Crime and Intelligence Unit stopped the woman after she was reportedly acting suspiciously.

Her luggage was searched, resulting in the discovery of 3.26 kg of cocaine in three transparent packets. The drug has an estimated street value of TT$1,304,000.

She was subsequently charged with possession of cocaine for the purpose of trafficking.

She is expected to appear before an Arima Magistrate on Monday to answer the charges.