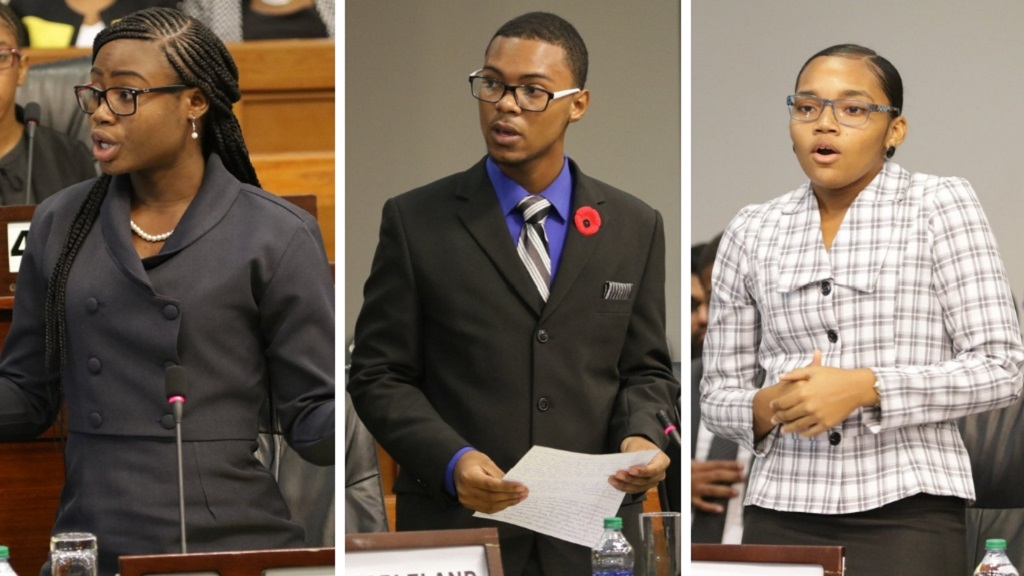 A private motion calling for the decriminalisation of marijuana for personal and medical use was struck down at the 16th National Youth Parliament, with students saying the danger of the plant's effect on minors outweighed the monetary, medical and socio-economic benefits of decriminalisation.

The session consisted of a mock Parliamentary debate involving students from schools across Trinidad and Tobago who were selected to argue for and against  the recreational and medicinal use of cannabis for adults over 18 years of age.

'Opposition Leader', Maya London argued for the medical, economic and socio-economic benefits of decriminalisation and medical use in light of the financial burden on the legal and prison systems and the advancements made in other countries.

London referred to the plant’s potential in treating depression and pain sufferers.

“How do members of the government sleep at night knowing they have just denied an ill person health care? How much of our tax dollars are going down the drain…for persecuting persons held for small amounts of marijuana?” She said.

Tamika Thomas, who represented the MP for Talparo, referred to the numerous seizures of marijuana made by police and asked why the country was ‘burning money’.

Thomas referred to the $6.2 billion budget allotment for the Ministry of Health, pointing to the benefits of using cannabis products for various treatment.

“Millions are wasted on importing synthetic drugs that have adverse side effects. The potential for products that contain marijuana compounds is almost infinite. What if we were to create our own (product), won’t this be beneficial both economically and medically to Trinidad and Tobago?”

Thomas pointed out the need for the agricultural sector to grow and provide more revenue to the economy, adding that additional jobs would be created through the opening of these sectors.

Thomas also made reference to the black market which thrives under the drug’s present status.

“We all know marijuana is a cash crop, it is high in demand because it is criminalised. Aren’t we pushing the black market agenda by doing this?”

However, others criticised the lack of knowledge of the drug, saying decriminalisation would lead to more frequent usage by minors and associated health problems.

Teddy-Ann Quamina, who stood in as Point Fortin MP and the Minister of Housing and Urban Development, called the drug a gateway to a ‘fantasy world’ and said the effect of THC on developing brains has not yet been properly researched.

Quamina said the drug was addictive and cited studies showing increased dependence on the active component THC, although the US Food and Drug Administration has recently approved a series of THC-based medications for chemotherapy patients.

Cannabis medication was also chosen in the US and UK as an alternative, non-addictive option to opiates, which are highly addictive and considered an ‘alarming health issue’ in a study done by the Iranian Journal of Public Health.

Parliament later announced that the 'motion' was not approved.