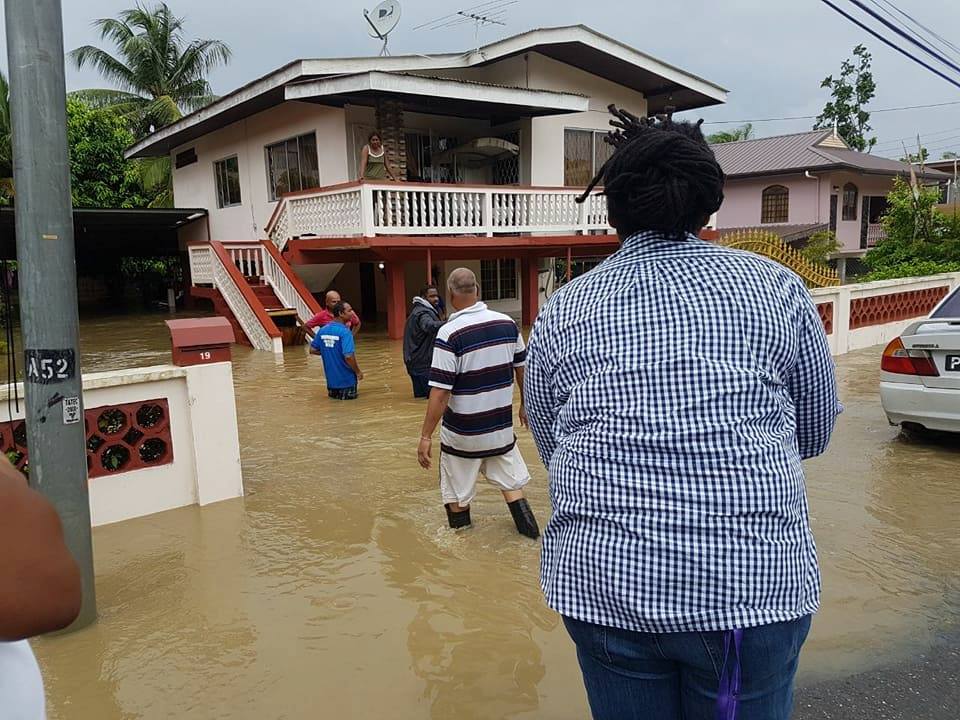 Residents in Carapo are struggling to cope after heavy flooding caused by the passage of tropical storm Bret damaged many homes and has left parts of the area impassable.

Councillor for the area, Ryan Rampersad (Longdenville/Talparo of the Couva/Tabaquite/Talparo Regional Corporation) showed footage of homes besieged by flood waters on Tuesday morning.

Also present was Caparo/Mamoral councillor John Lezama as well as alderman Karan Nancoo, who surveyed the damage and works to be done.

"It is widespread flooding, the village is totally cut off, the river is raging like a roadway," Rampersad said.

"Many rivers converged into one and the water has nowhere to go. Some of the blame must lie with the inability to dredge the Caparo river."

"This is a main watercourse in Central Trinidad and this is supposed to be done on an annual basis, however, it has not been done in quite a while," Rampersad said.

Nancoo said it was the first time in his 60 years of service that he has seen such flooding in this area.

"I met two T&TEC trucks and they could not pass the water, such was the height of the water."

Rampersad and other members of the Corporation went through the neighbourhood inspecting the damage.

Rampersad said the assistance of the fire services was on the way to provide assistance.

Meanwhile, Works Minister Rohan Sinanan said his team is waiting on flood waters to subside before going out to begin repairs.

With flooding reported all over the country, Sinanan said everyone is on the ground and they have been out since early this morning to assess the situation.

“We are still assessing the damages we are concerned about the flooding now and we have to look at the tides, but everyone is doing exactly what we expect from them,” he said.

Sinanan said he is satisfied with the preparations made by the relevant agencies to handle the effects of Tropical Storm Bret.

The Minister said in the aftermath of the storm, responders are on the ground and equipment was positioned in certain areas to make access easier.