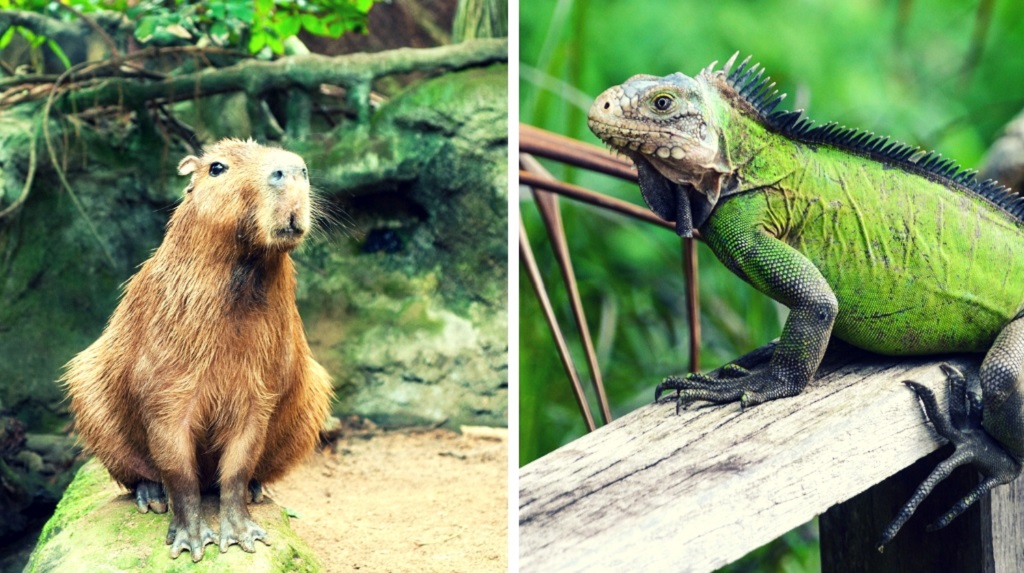 Hunters are being given the green light to hunt Capybaras while restrictions on iguana hunting have been tightened, according to a recent statement from the Ministry of Agriculture, Lands and Fisheries.

The Ministry had amended hunting regulations according to the legal notice titled ‘The Conservation Of Wild Life (Prohibition Against Hunting During Certain Periods) (Amendment) Regulations, 2019’, ahead of the start of the hunting season from October 1, 2019.

Capybaras have now been declared vermin; while hunting of iguanas has been limited from October 1 - December 31, 2019.

The Ministry has also restricted hunting of the animals on any state land within the municipal boundaries of the city of Port of Spain.

Amendments were made to Regulation 2 of the Conservation of Wild Life (Prohibition Against Hunting During Certain Periods) to state:

“no person shall hunt the iguana during the months of January and February, in addition to the month of March”.

Capybaras, which are thought to have come to Trinidad from South America, can now be hunted as vermin on private lands.

“The Capybara (Hydrochoerus hydrochaeris) is now listed on the Third Schedule to the Conservation of Wildlife Act as vermin. Rules applicable to those species currently listed as vermins apply to the Capybara,” the Ministry.

Additionally, there will be no hunting of waterfowl – any hunting of these birds is now illegal.

Capybaras are the world’s largest rodent, according to a report by LiveScience, and are as big as large dogs, except they have webbed feet and no tail.

Capybaras need to keep their skin moist and are found only in areas with abundant water sources. Some of their moist habitats include estuaries, marshes, river banks and along streams in Central and South America, according to the International Union for Conservation of Nature (IUCN).

Capybaras, also called water hogs, sleep along the water source in dense vegetation to hide from predators and to keep cool. Sometimes capybaras will nap in mud or shallow water, as well.

Capybaras are herbivores and only eat vegetation. They eat mostly water plants and grasses, though grain, melons and squash can also be on the menu.

Eighty percent of their diet consists of only five different species of grasses, according to the San Diego Zoo. A typical day of eating can include 6 to 8 lbs. (2.7 to 3.6 kg) of fresh grass, according to the Rainforest Alliance.

Gestation for a female capybara can last up to 120 days. She typically gives birth to around three pups at once but can have anywhere between one to seven offspring at a time.

Around a year old, pups leave their parent’s groups to find new ones. Females sexually mature around the age of 7 to 12 months and males mature around 15 and 24 months.

They typically live six to 12 years, according to the Animal Diversity Web.