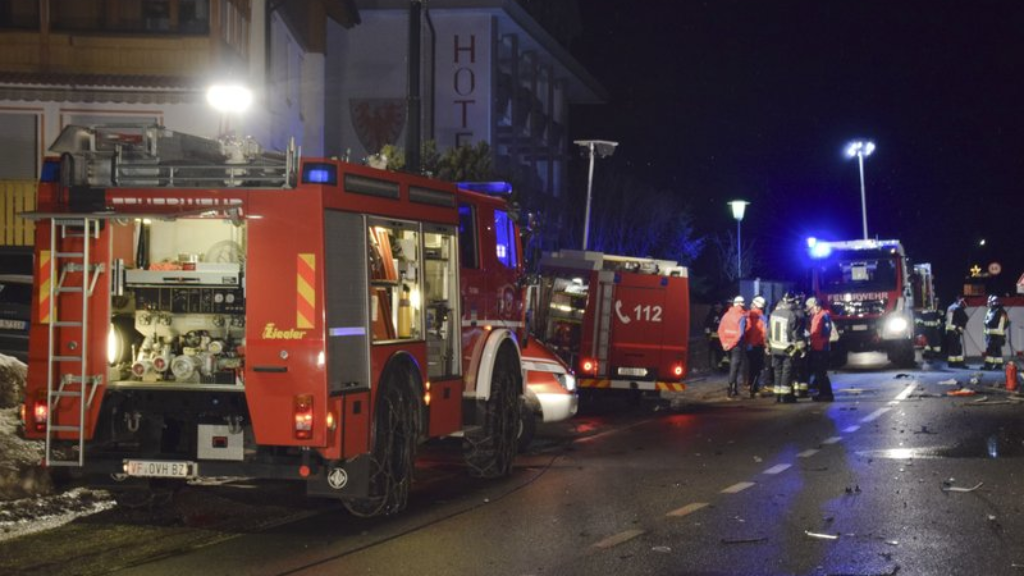 The deadly crash occurred in a village near Valle Aurina, near Bolzano in the Alto Adige region, shortly after 1 a.m. as the Germans were gathering to board their bus.

The largely German-speaking autonomous region of northern Italy, with its ski resorts in the Dolomites and quaint villages around Bolzano, is popular with German tourists.

The Lutago volunteer fire service said on Facebook that the six dead were killed at the scene. The injured, four of whom were in critical condition, were taken to several regional hospitals, including two who were airlifted to a hospital in Innsbruck, Austria, said Bolzano Carabinieri Cmdr. Alessandro Coassin.

Sky TG24 quoted Italian carabinieri as saying the driver was from the nearby village of Chienes and had a high alcohol blood content. Coassin said he was arrested on suspicion of highway manslaughter and injury, and was being treated at the hospital in Brunico.

The regional president of Alto Adige, Arno Kompatscher, told a press conference the victims were part of a group of young Germans vacationing in the region. Later Sunday, mourners left candles and flowers at the crash scene, which was located along a two-lane road dotted by hotels and old piles of snow.

The accident occurred on the final long weekend of the Christmas and New Year's holiday in Italy, which will be capped by Epiphany on Monday.

German synagogue is attacked on holy day; 2 dead nearby