Car rental worker on alleged threats to Venezuelan woman: I was hacked 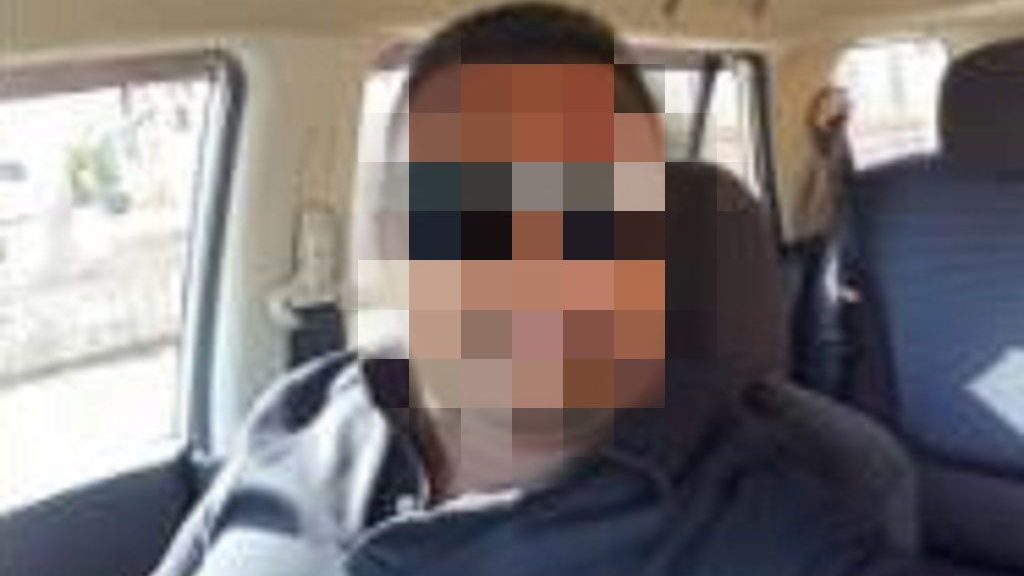 The owner of a South-based car rental company replied to claims that he allegedly tried to exploit and threaten a Venezuelan woman, saying his account was hacked.

The man, who identified himself as Mr Shammy of Shammy's Auto Rentals, said to LoopTT that he had seen the messages which appeared to be from the contact number used by his company.

"I saw the messages, I was hacked...I am not sure how it happened but I was hacked," Mr Shammy said.

The company later issued a statement to their Facebook page, which has since been deactivated, saying the messages were 'spam':

"I would like to let you'll know that the posts and messages that are being circulated is a spam on my page and also my personal Facebook profile. If any thing like this pops up to anyone else i am very sorry and please know its a spam. PLEASE REPORT IT. As you'll know that there are a lot of wicked people out there trying to harm businesses by these indecent spamming activities."

Please note that Shammy's Car Rental does not rent vehicles in exchange for sex," the company said.

Citizens are calling for the matter to be investigated after the messages showed someone trying to exploit the woman for sex and threatening to kill her when she refused.

The woman, whose identity was withheld for safety reasons, shared screenshots of Whatsapp and Facebook messages showing the man asking to meet her for a drink. When he was rebuffed, his messages quickly turned violent.

The man allegedly told the woman "if you want a car you have to f*** me to get it", and threatened to deport her, saying he has friends in the police service.

The woman said she is now in fear for her life.

“My friends, bear in mind that this man is threatening to find me after giving him my information, this is disgusting. Check out the capture photos of my WhatsApp. Enter your page and report. I'm very worried about what this man can do to me,” the woman said. 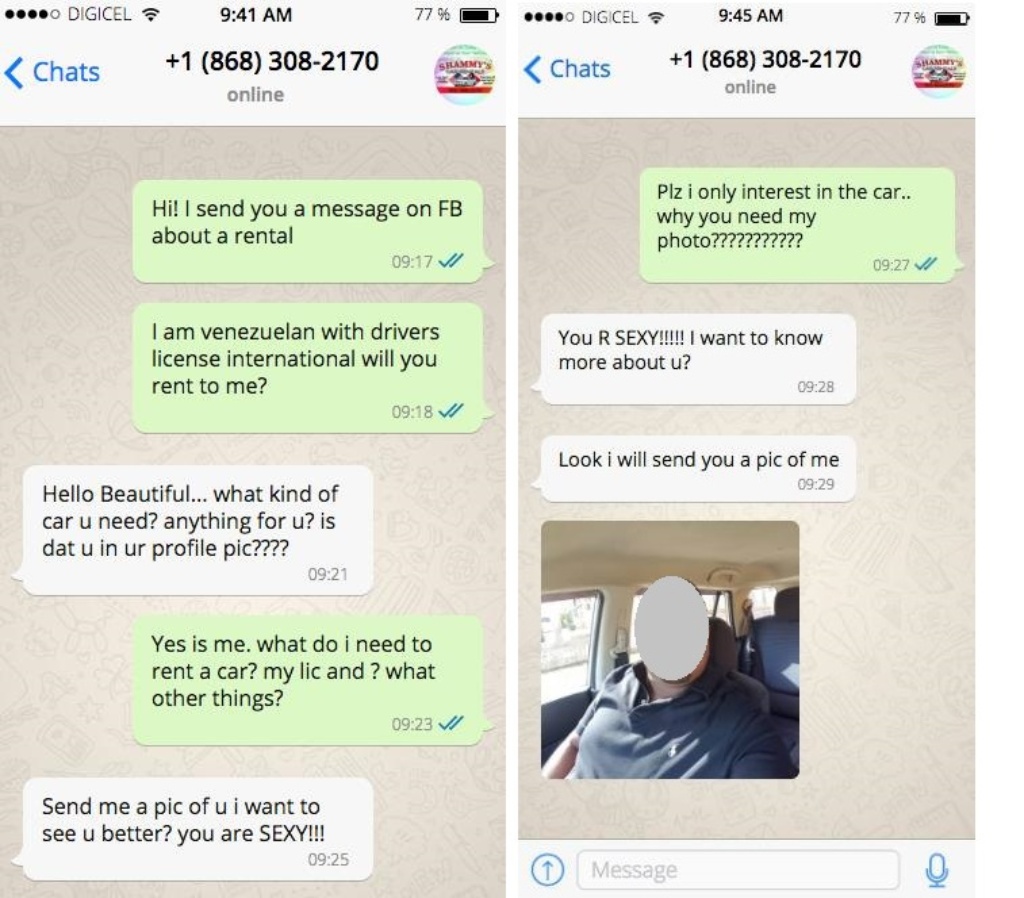 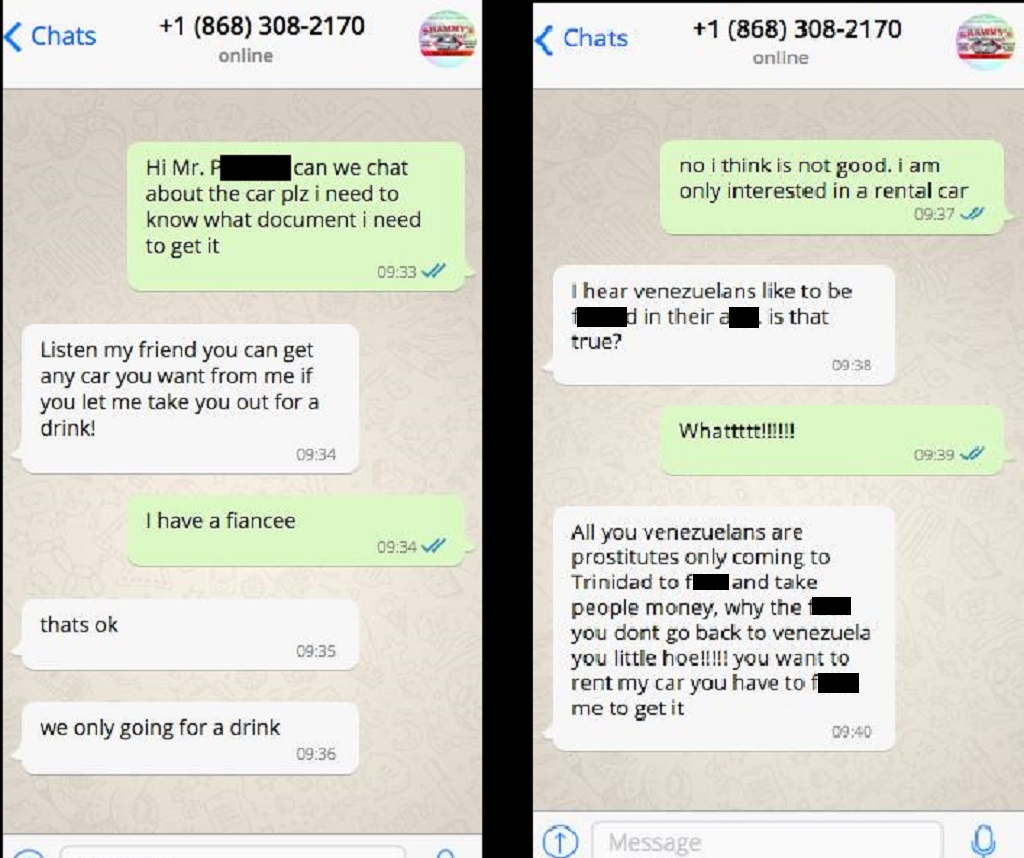 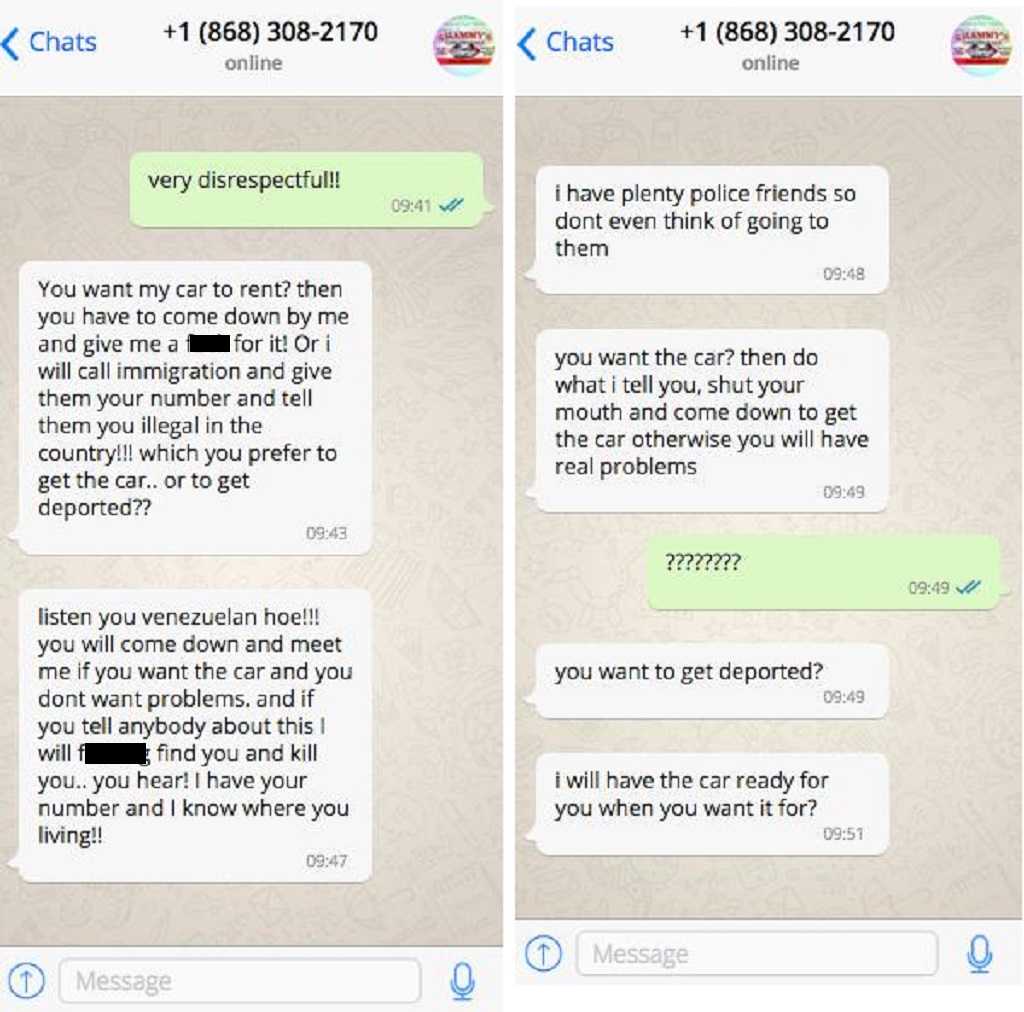 Citizens expressed disgust and concern and are calling for the matter to be investigated.

“That guy is sadistic and sick ... I already sent him a (message) to visit him.”

“Somebody need to let him.know what time is it! Why doh he go and f**k his mother c**t!”

“It's clear that the guy is insane when he says those stupid things ... the police should look for him.”

“This is what Venezuelan women are being put through with our nasty, exploitative Trinidadian men.”

LoopTT has reached out to the Trinidad and Tobago Police Service (TTPS) for more information.