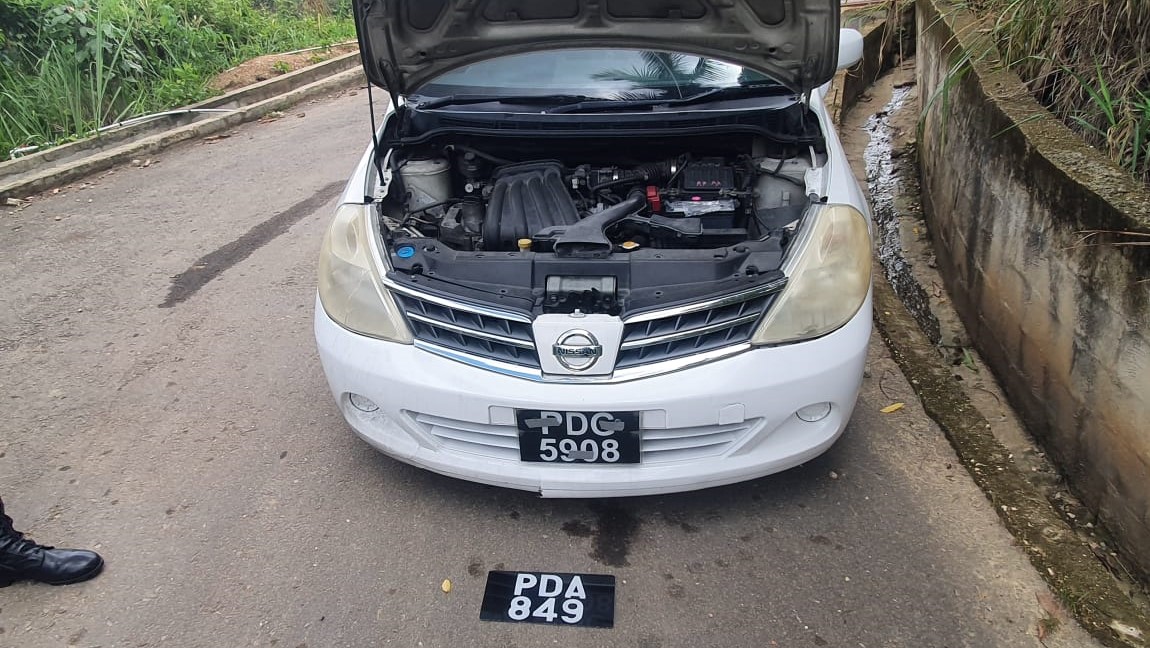 Fake plates: A stolen care seized by police is checked for inconsistencies.

Three weeks after it was reported stolen in Cascade, a Nissan Tiida has been recovered.

The vehicle was seized along Farm Road Extension, off Richplain Road, Diego Martin, by officers of the Western Division Task Force.

PC McClean and PC Rogers, along with officers from the T&T Regiment received intelligence which led them to the community at about 11.30am on Tuesday, where they observed the vehicle.

Police observed the vehicle for some time but no one came to claim it so the officers seized the car.

The vehicle was found to be bearing false license plates. Its ignition switch was also removed, and the window on the driver’s side had been broken.

The vehicle was removed from the scene and is expected to be examined by crime scene investigators for fingerprints and other items of evidential value.

The vehicle was reported stolen on May 20 from Hololo Road, Cascade.