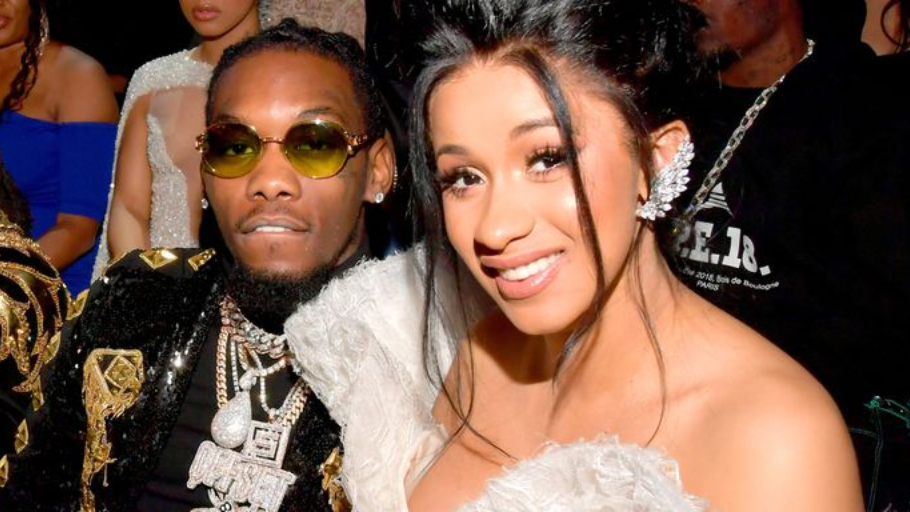 The significance behind Cardi B's debut album name 'Invasion of Privacy' has taken on a whole new meaning.

The 25-year-old rapper revealed on Twitter that she and Offset secretly got married months ago in September 2017.

"There are so many moments that I share with the world and there are moments that I want to keep for myself! Getting married was one of those moments!" she tweeted on Monday. "Our relationship was so new breaking up and making up and we had a lot of growing to do but we was so in love we didn't want to lose each other."

The rapper was referring to the brief period in 2017 when the couple seemingly broke up after allegations of Offset cheating on her surfaced, followed by him popping the question during a performance in October.

The ceremony appeared to be impromptu since there was no grandeur ceremony and only her cousin bore witness.

"We found someone to marry us, and she did, just the two of us and my cousin. I said I do, with no dress, no makeup and no ring! I appreciate and love my husband so much for still wanting for me have that special moment that every girl dreams of when he got down on his knee and put a ring on my finger and he did that for me!!"

Cardi, who has expressed frustration numerous times over having people speculate and criticise her every move seems so much more happier now that the news is out, albeit some media houses sharing images of her marriage certificate.

"This why i name my album 'Invasion of privacy' cause people will do the most to be nosey about your life," she tweeted. "Welp f*** it."