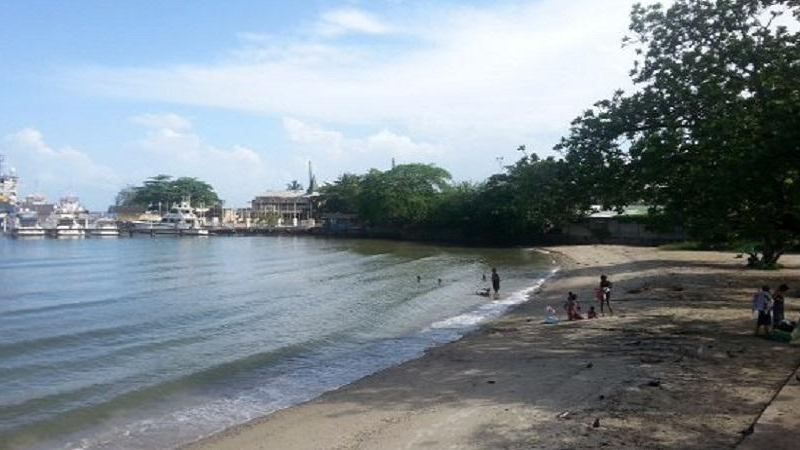 Residents of Carenage are living in fear following the triple murder which occurred on the Chaguaramas Boardwalk on Sunday night.

And some are now criticising the police for not giving the same level of attention to that incident as they did to the recovery of a stolen phone belonging to the son of Finance Minister Colm Imbert.

32-year-old Fabien “Super” Williams, 18-year-old Kedel Osbourne and 39-year-old Andrew Francis were killed when gunmen opened fire on the crowd liming near the beach. Three others, including an 8-year-old boy remain hospitalised.

On Friday, Adrian Imbert, was robbed of his cellphone and a quantity of cash along the Eastern Main Road in Laventille.

Swift action from the police led to the discovery of the cellphone at a house in Beetham Gardens.

This peeved Carenage resident Christopher Calder who made his views on the matter known during a walkabout with leader of the Movement for Social Justice (MSJ) David Abdulah on Tuesday morning.

Calder said he was upset that valuable resources were expended in the search for Imbert's phone, resources he felt would have been better utilised to find the perpetrators of Sunday's triple murder.

“They can’t find who killed the three people on the Boardwalk but they can find Imbert’s son’s phone in a day?” he questioned.

Other residents questioned why the same police intelligence units have not been used to just as speedily solve the Boardwalk shooting.

Abdulah, who visited the families of the victims, said the residents were feeling a lack of empathy from the government.

He said there was also concern about the levels of crime and neglect of the Carenage community.

The residents also expressed dissatisfaction with what they said was a lack of development programmes and facilities for the youth and unemployed in the area.

One resident noted that despite the recent opening of the Carenage Fishing Centre, the long-awaited facility has not been in use.

The facility was opened last month, 9 years after construction began. Prime Minister Dr Keith Rowley said during the opening that the facility would be a hub for commercial and tourist activity.