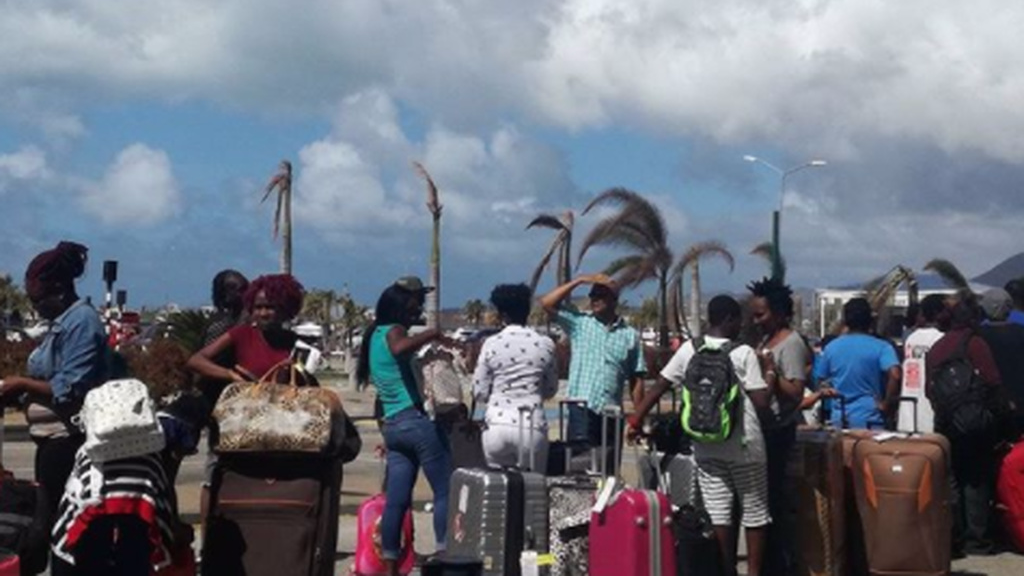 The nationals, most of whom were living in Sint Maarten, were evacuated in two groups.

On Saturday morning, 36 Jamaicans were flown back home while 48 people including Guyanese, Trinidadians, Jamaicans, Grenadians, Surinamese and Barbadians, were airlifted out on Saturday afternoon.

The Caricom nationals were among a large group of people who showed up at the Princess Juliana airport hoping for a flight out. There were also many people from the Dominican Republic including a man called Tanny who said he has been showing up at the airport since Wednesday hoping to get on a flight.

There were also a few French nationals waiting to board a plane to Martinique.

The Caricom nationals who landed in Trinidad were connected to flights to Guyana, Suriname, Barbados, Dominica and St Lucia. Provisions were put in place for those who needed to overnight.

The Saturday flight, on which a contingent of Trinidadian journalists was invited, transported donations of food, water, toiletries and other items from corporate T&T and CAL employees. Items from Jamaica were also transported on the airline's return trip in the afternoon.

Dionne Ligoure, CAL's Communication Manager, said the operation would not have been possible without the support of many people.

"This flight would not have been possible without the very generous support of Boeing, Aercap, RBC bank, NP. I have to say a very special thanks to Diane Hadad of Tobago, Dasani, Blue Waters and all of corporate Trinidad and Tobago who gave very generously to ensure when this flight landed there would be relief supplies to people desperately in need," she said, praising the CAL staff for working late on Friday and on the ground on Saturday.

Ligoure said many of the people who were processed had no tickets but it was just about getting people to where they needed to go.