Caribbean Chronicles: How a pregnant maroon fought against the French 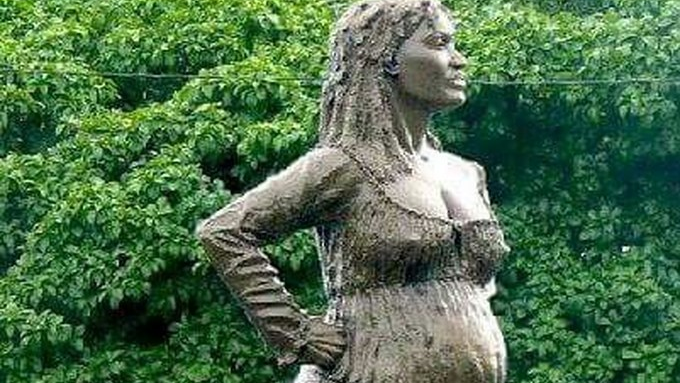 A statue of Solitude, the pregnant maroon who fought for freedom, stands in Guadeloupe.

August 1 is Emancipation Day, a day first observed with a public holiday in Trinidad and Tobago to celebrate the day slaves in the British Caribbean were freed from the shackles of slavery.

The story of emancipation is often told through the efforts of lawmakers and missionaries who advocated and lobbied for slavery to end. But in the Caribbean, slaves weren’t sitting passively waiting for freedom to come.

All across the region, even in the islands colonised by other European powers, slaves were rebelling against their slave masters in a bid for freedom.

The Haitian Revolution was, of course, the most successful and while many slave rebellions were led by men, there were also many women prominent in the struggles.

One such woman was known as Solitude in Guadeloupe.

Not only was Solitude a fearless and vicious warrior, but she also fought while pregnant.

Born around 1780 to a slave mother and a French man, Solitude was what was then considered a mulatto.

According to various reports, Solitude was freed in the first abolition of 1794, when France granted freedom to the slaves in its colonies following the Haitian Revolution which began in August 1791.  However, Napoleon Bonaparte reinstituted slavery in 1802 and sent General Antoine Richepance to Guadeloupe.

Richepance disarmed all soldiers of colour and sought to restore discipline among the newly-reinstated slaves.

There were a group of maroons on the island who fought back. Solitude joined the maroon settlement of La Goyave in the mid-1790s, and during an attack by French General Desfouneaux, she became the leader of a small group that escaped to the hills of Guadeloupe, eluding capture.

She and her group joined forces with freedom fighters Louis Delgrès, Ignace, Paleme and Jacquet, who formed a small army to fight the French troops.

Solitude joined the fight and despite her pregnancy fought bravely till they were defeated by Richepance’s troops after 18 days.

Solitude was injured in an explosion and was captured and sentenced to death.

But since she was pregnant and the child was to become the property of her slave owner, she was temporarily pardoned.

Solitude’s name is recognised all over Guadeloupe today and a statue of her was installed in 1999 in commemoration of the abolition of slavery and in recognition of those who led the anti-slavery resistance.

Solitude’s story is chronicled in the Histoire de Guadeloupe by Auguste Lacour (1805–1869) and in A Woman Named Solitude (1973) by André Schwarz-Bart.

Caribbean Chronicles: Son of freed slave versus the Brits in Grenada

Federer shrugs off concerns over 82 unforced errors in Millman classic