Caribbean Cinemas resolves mix-up after customer 'thrown out' of movie 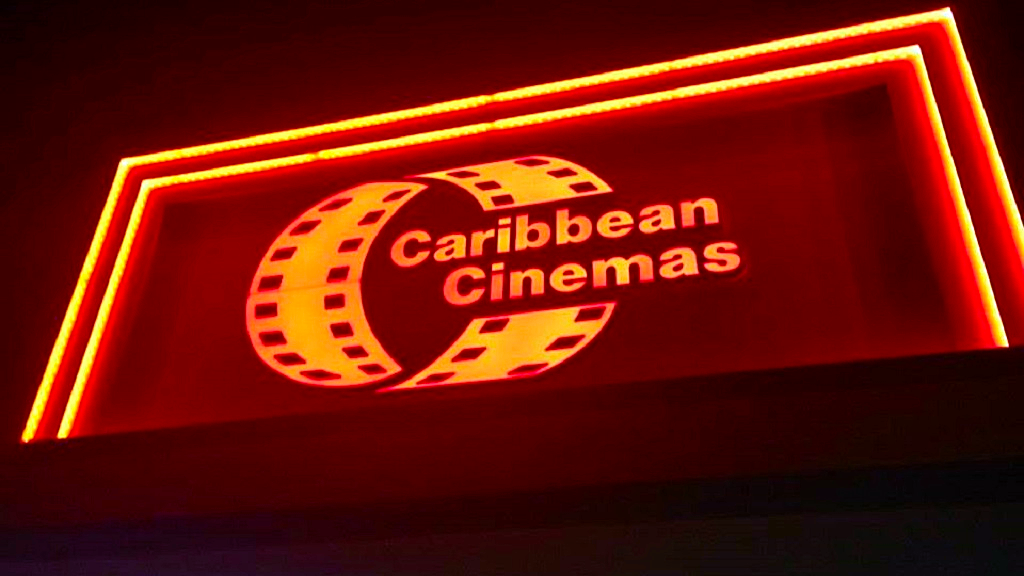 Caribbean Cinemas apologised for a mix-up concerning an online booking made by a customer at SouthPark Cinemas after he was forced to leave the cinema due to over-booked tickets.

The company said in a public statement to its Facebook page that it is working with customer Alan Munro after he aired the issue in a public Facebook post earlier this week.

The company said Munro received a full refund after it was ascertained that although he made an online booking in advance, the seats had not been reserved at a weekend showing of Jurassic Park 4DX on June 24.

This led to Munro and his family having to leave the theatre.

However, the company said Monday that it is taking the necessary steps to ensure this does not happen again.

“Caribbean Cinemas, wants to extend its sincere apology to Mr. Munro for the negative experience occurred at SouthPark Cinemas on June 24th, 2018. Our online ticketing system is fully functional, and we are taking the necessary measures and steps to avoid this to happen again, and to continue offering the best service to our customers.”

“We encourage you to continue visiting Caribbean Cinemas, as our main priority is The Best Entertainment in The Best Environment.”

“Customer received a full refund and we will be discussing a compensation with the customer. We deeply regret the experience and the circumstances surrounding the situation," the company said.

According to Munro's post, which went viral online with almost 3,000 shares and over 1,600 reactions, he and his family purchased the tickets online on June 20, but when arriving to the show on June 24, they were told that their seats had not been booked.

"Thrown out?? Caribbean Cinemas Trinidad & (Tobago) really??? This is absolute madness!!! I’m utterly disgusted and completely embarrassed with the poor, unacceptable, unprofessional, gross and even better rotten customer service I have received here at Caribbean Cinemas Trinidad...After purchasing 5 tickets via the online service since last Wednesday for Jurassic World 4DX and receiving a confirmation for my paid tickets, not to mention the problems we had with your automated ticket booth that only printed 2 out of my 5 tickets, I am here...have validly gotten in to see my movie...seated with purchased food and beverages...after reaching more than an hour before the start of the movie. Nowww....after the movie begins, am told that I have to vacate the cinema as they have made and error and sold my tickets to other patrons who have printed tickets??? Really?? Embarrassing," Munro said. 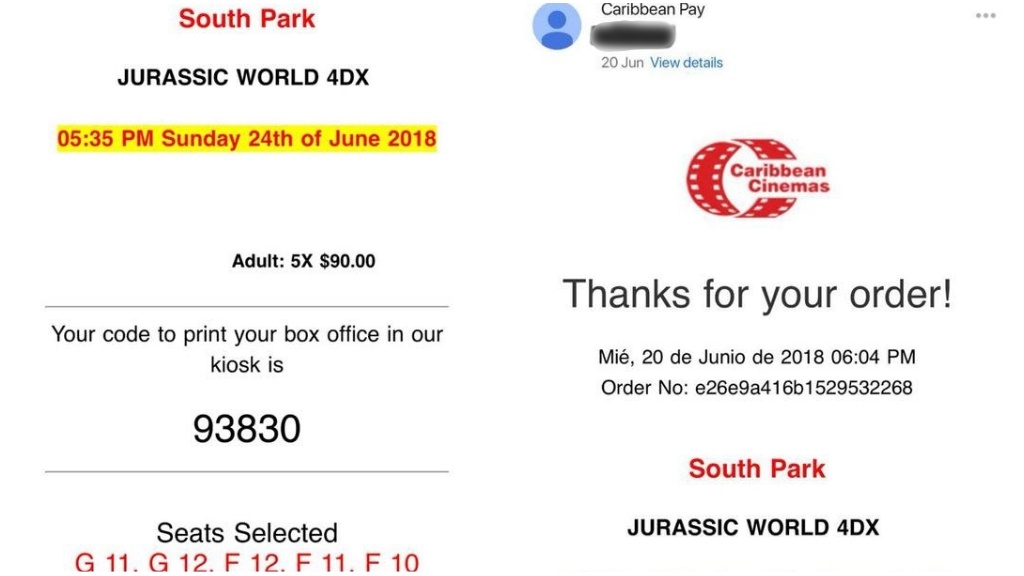 Munro said that he and his family were upset that they were made to leave after they had booked their tickets in advance.

"It seems to me that “someone” knew “somebody” at the box office or something as it was clearly apparent that the other persons who had the same tickets didn’t seem to have any issue at all. And to throw us out? It was no fault of ours, find seats for the other persons...talk about time and effort wasted," he said.

Munro added that he was given a refund by the managers, but said that he did not receive an apology from them at the time of the incident.

Caribbean Cinemas introduced its 4DX cinema in December 2017, which was the first of its kind in the English-speaking Caribbean.

Caribbean Cinemas features a total of 492 screens across the Caribbean. The SouthPark Cinemas 4DX screen currently has a capacity of 108 seats.