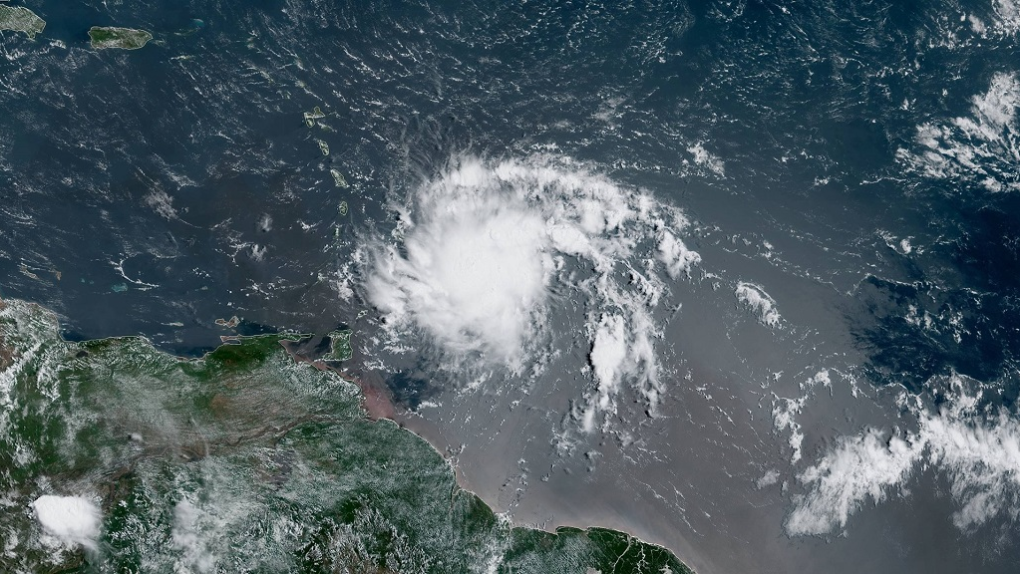 St Lucia has been put on hurricane watch as Tropical Storm Dorian approaches the Caribbean.

The National Hurricane Center issued an update at 11:00 am Monday as follows:

The NHC said Dorian was expected to be near the Windward Islands by late Monday into Monday night, and move into the eastern Caribbean Sea on Tuesday. Dorian is expected to pass near or south of Puerto Rico on Wednesday and approach eastern Hispaniola Wednesday night.

The Windward Islands, Haiti, Puerto Rico and the Bahamas are preparing for storm conditions as Tropical Storm Dorian continues on its path toward the Caribbean.

The storm was projected to grow in strength, taking a turn west-northwest on Monday evening, continuing through Tuesday night. 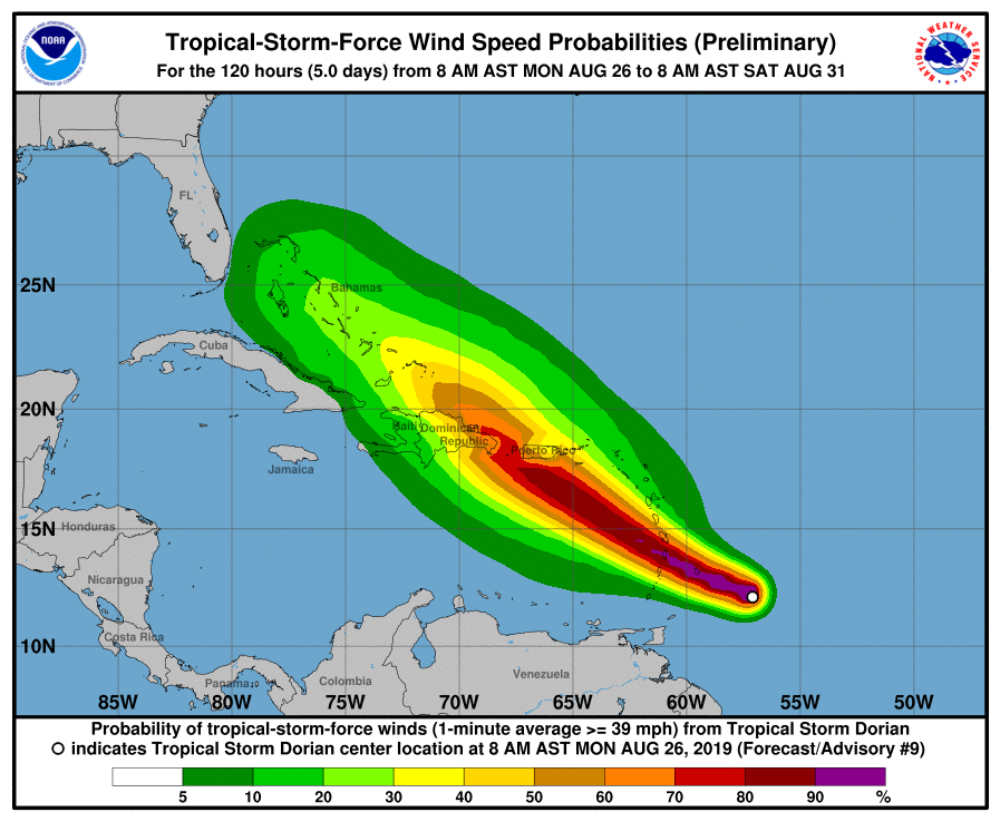 The centre of Dorian is expected to be near the Windward Islands late from Monday evening into Monday night, moving into the eastern Caribbean Sea on Tuesday.

Maximum sustained winds are near 60 mph (95 km/h) with higher gusts. Some strengthening is forecast during the next few days, and Dorian could be near hurricane strength on Tuesday and Wednesday while it moves over the eastern Caribbean Sea.

Dorian is a small tropical cyclone.  Tropical-storm-force winds only extend outward up to 45 miles (75 km) from the centre.

Rainfall is expected to affect Barbados, the Windward Islands and Dominica throughout most of Tuesday. 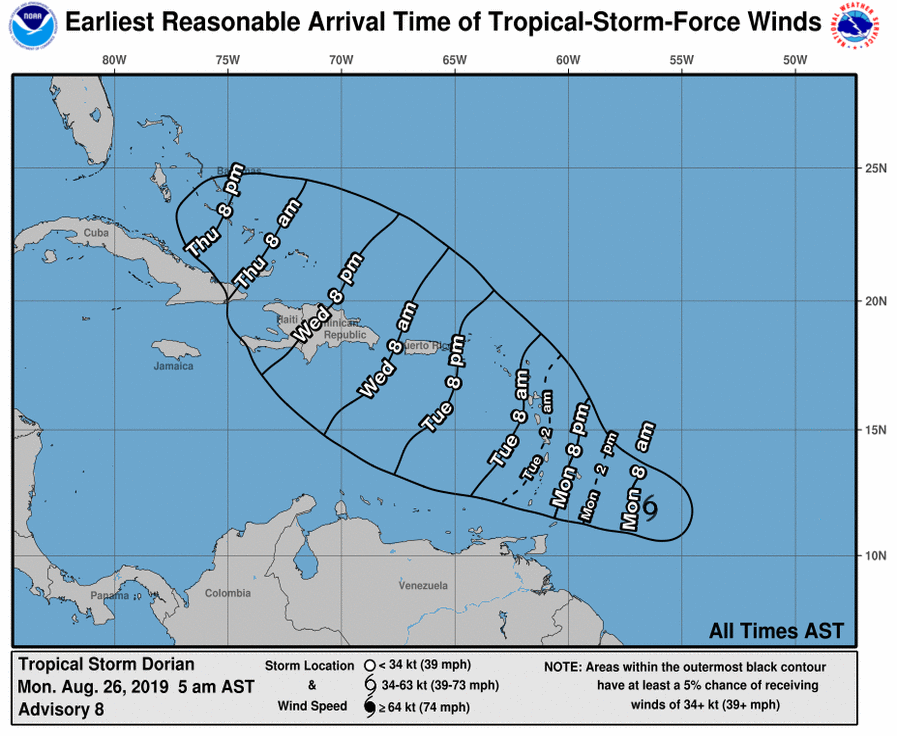 The NHC said isolated maximum amounts of six inches of rainfall are possible in Barbados and the Windward Islands, with tropical storm conditions in these islands from Monday night into Tuesday.

Major surf swells are due to affect portions of the Lesser Antilles by late Monday with swells which could cause life-threatening surf and rip current conditions.

Barbados Prime Minister Mia Mottley said the island is prepared for the storm and urged Barbadians to monitor updates and look out for their communities.

Dominican President Roosevelt Skerrit said during a media briefing on Monday that the island, which is still recovering from the ravages of Hurricane Maria in 2017, urged islanders to stock on food and emergency supplies, and assured them that preparations have been taken.

"Dominicans as we all know that our Island is under the storm watch, my priority is that everyone must be safe and secure. I suggest all to get enough food supplies in their houses and all necessary items as precautionary measures. We are in full recovery mode and we are also the First Climate Resilient Country in the world," he said.

Hurricane Maria was a deadly Category 5 hurricane that devastated Dominica, the U.S. Virgin Islands, and Puerto Rico in September 2017. It is regarded as the worst natural disaster in recorded history to affect those islands and was also the deadliest Atlantic hurricane since Mitch in 1998.

All affected territories are urged to check with official weather agencies for updates.

Tropical Storm Dorian strengthens as it moves toward Caribbean