With most Caribbean islands registering an increase in arrivals in 2019, the outlook for 2020 is optimistic.

At the recently held the Caribbean Hotels and Tourism Association (CHTA) Travel Marketplace in The Bahamas, Caribbean Tourism Organisation figures showed that overall arrivals were up by four percent in the first nine months of 2019.

Air arrivals were up 4.4 percent according to Forward Keys while, according to STR, 2019 was a record year for the Average Daily Rate for hotels, up 5.6 percent while room inventory increased by 2.8 percent. Occupancy levels were down 2.7 percent and this was attributed in part to the fall out in the Dominican Republic from negative media reports of mysterious deaths and Hurricane Dorian in The Bahamas.

Over the two days of Travel Marketplace, several tourism boards presented their plans for 2020 to the media which includes new brand strategies and marketing campaigns.

Saint Lucia has surpassed all previous records set with regards to stay-over arrivals in 2019. For the period January 2019 to December 2019, Saint Lucia recorded 423,736 stay-over visitors; the highest in the island’s history.

This year marked the first time that the destination broke the 400,000 mark in stay-over arrivals in a one-year period.  This is a significant achievement, as it indicates that the destination welcomed 100,000 additional visitors in nine years – an increase of 38 percent.  Much of the growth is being attributed to increases in airlift from the US market in particular, which this year, accounted for close to half (45 percent) of total stay-over arrivals – roughly 191,000 visitors.  The Caribbean emerged as the island’s second-largest market claiming 20 percent of total stay-over arrivals, followed closely by the UK market with 19 percent and Canada with 10 percent. In total, stay-over arrivals were up by seven percent from the previous year, which in itself, was a record-breaking year.

Minister of Tourism Dominic Fedee said the island’s festivals have played a role in their performance with Carnival, one of the Summer events, picking up steam thanks to the popularity of the island’s Dennery Segment music and the success of its producers and musicians. Saint Lucia, he said, is the fastest-growing soca destination in the Caribbean. He also spoke about the revamped Jazz festival which is being held in partnership with the Lincoln Centre for Jazz.

The US Virgin Islands has launched a new marketing strategy for St Croix with the tagline "St. Croix: a vibe like no other".

"We believe that St. Croix is going to be the big new attraction for tourism in the Caribbean," said United States Virgin Islands Commissioner of Tourism Joseph Boschulte.

He said the marketing campaign is designed to strengthen demand for the island and features several influential personalities from the St. Croix community as the main voices.

The Department launched the campaign with a focus on digital and social media, including Spotify and Pandora, as well as Facebook, Instagram and Twitter. Print and broadcast will launch in late February and early March, respectively.

St. Thomas and St. John will continue to be promoted under the overarching United States Virgin Islands banner.

Commissioner Boschulte reported that on the heels of a successful 2019/2020 Crucian Christmas Festival, which attracted visitors from around the world, the island of St. Croix is poised for a strong tourism performance this year.

He reported that 2019 saw an increase of 7.9 percent in visitor arrivals by air to St. Croix over 2018, and he is optimistic that with refreshed accommodations coming back online in the months ahead, the island would see more positive trends in 2020. 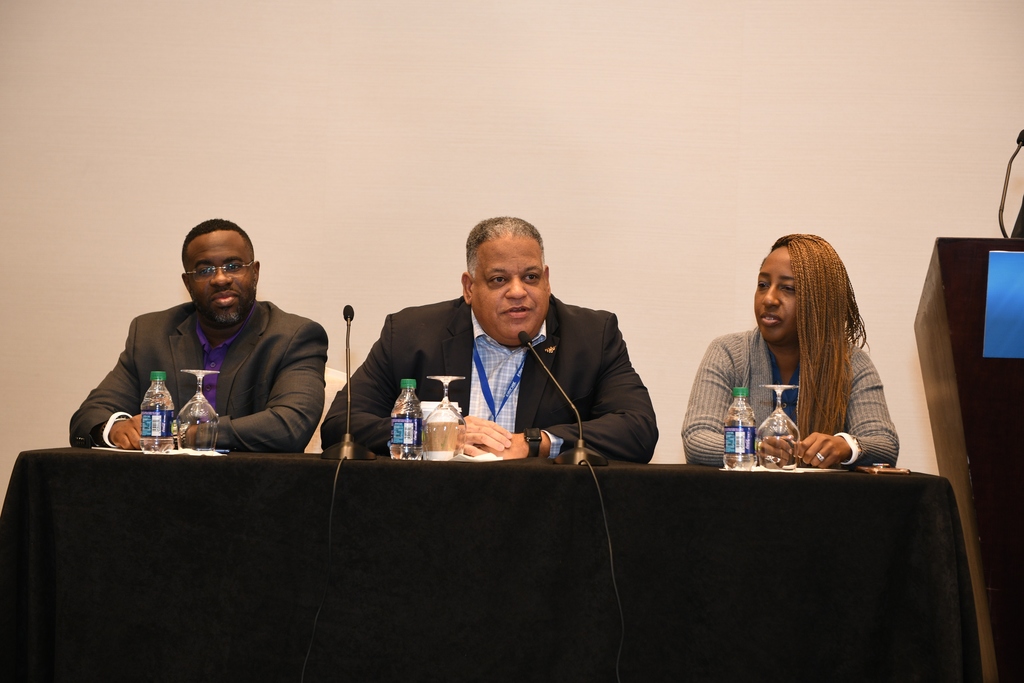 "After the hurricanes of 2017, impacted islands saw major dips in arrivals with reduced accommodations inventory. However, two years later, airline capacity on St. Croix is actually ahead of pre-storm levels; with continued hard work and focus, we expect that trend to continue," the Commissioner asserted.

This summer, St. Croix will welcome a third American Airlines daily flight from Miami between June 4, 2020, and August 17, 2020. The carrier also recently extended Charlotte-St. Croix flights from Saturday-only to daily during the peak Christmas period.

Travelers to St. Croix can look forward to upcoming events such as the Agriculture and Food Fair (February); the St. Patrick's Day Parade (March); and Taste of St. Croix and the St. Croix Food and Wine Experience in April.

The twin-island also recorded over 750,000 in cruise and yacht arrivals.

According to Colin James, CEO of the Antigua and Barbuda Tourism Authority, the country’s tourism growth is being attributed to the #whatcoollookslike campaign which led to a 15 percent year over year growth in arrivals and a three percent increase in occupancy. The campaign snagged the MarCom Platinum Award for Best Integrated Marketing Campaign and the Silver Magellan Award for Best Destination Campaign Marketing from Travel Weekly. 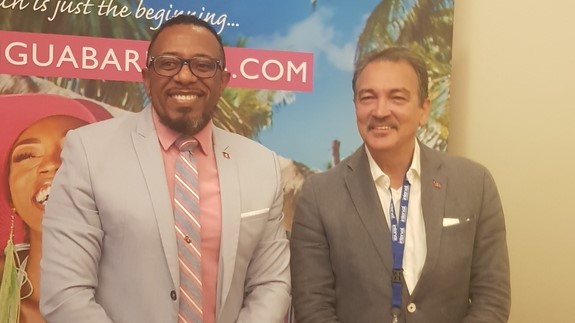 The cruise market is expected to see some expansion this year with the opening of a fifth berth in St John to accommodate larger cruise ships. Works include the construction of a sea wall, dredging of the main channel, reclamation of land and renovation of the heritage Quay area.

Jamaica has launched a new brand strategy to market the island as the heartbeat of the world.

“It places us at the center but takes us to a new level beyond tourism,” said Donovan White, Director of Tourism. The strategy has been rolled out in the United States, the United Kingdom and Germany.

Preliminary air arrivals numbers mirror Jamaica's forecast in mid-2019 but the cruise figure is slightly lower than forecast, due to itinerary changes by the major cruise lines.

The Curacao Tourism Development Foundation is looking to ramp up marketing of the Dutch island which Paul Pennicook, managing director and CEO said is a hidden gem.

Though the island’s main market is Europe, namely Holland, Curacao is looking to attract tourists closer to home in the United States.

Stayover arrivals from South America were flat for Curacao because of the Venezuelan situation, however, Pennicook said they are looking to Brazil and Colombia to recover that.

Arrivals from the Caribbean increased thanks to Caribbean Airlines which started a weekly service from Port-of-Spain to Curacao. Pennicook revealed that Trinidad and Tobago, Suriname and Aruba are the three Caribbean markets where efforts will be focused in the coming year.

Despite the 2017 hurricanes and the earthquakes that rattled the southern portion of the island in January, the tourism authorities want the world to know Puerto Rico is open for business.

All airports and cruise ports are operational and the majority of attractions are open said Brad Dean, head of Discover Puerto Rico, which began operations in  2018.

The Bahamas still rockin' with highest visitor arrivals in history

Belize scores half million overnight tourism arrivals ahead of plan