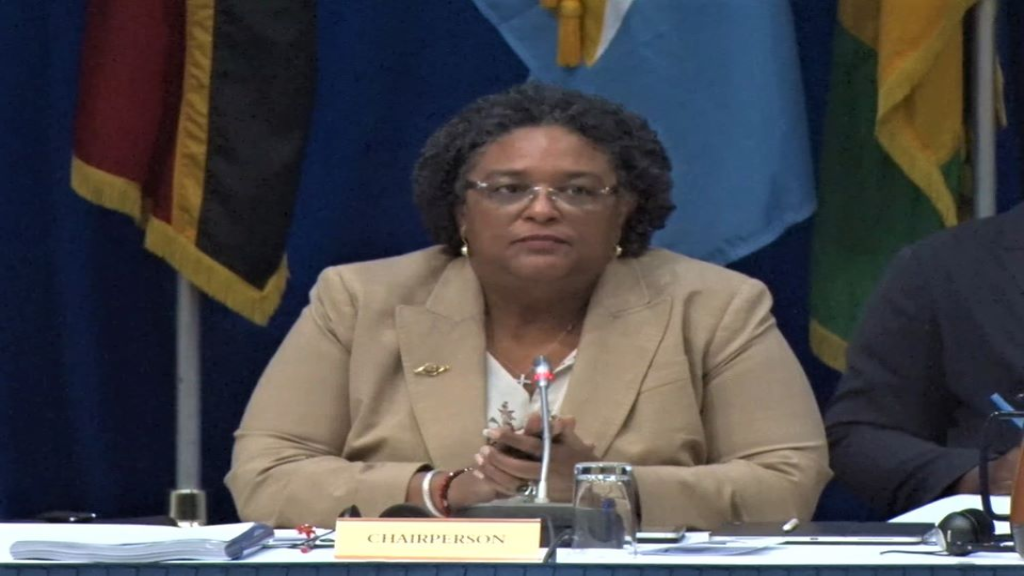 Caribbean Community (CARICOM) Chairman Mia Mottley has said the group can only achieve development once member states are united.

Speaking at the opening of the 31st Inter-Sessional Meeting of the Conference of Heads of Government of the Caribbean Community, today, Mottley, who is also the Prime Minister of Barbados, said the work done by regional bodies to fight the coronavirus has shown what can be achieved if Caribbean Governments work together.

“I want us today to remember that ‘F’ comes before ‘I’. I mean specifically, that family comes before ideology.”

“This is a critical moment for us as a community to understand that whether the challenges be with respect to chronic NCDs or the more talked about crisis of climate, we have to determine how best to confront these challenges.”

“I believe, on behalf of the people of Barbados that there is always strength in unity,” Mottley stated.

She also called on member states to implement policies that will see decisions taken at a group level enacted more seamlessly on in the local framework.

He highlighted that steps have been taken to address restrictions imposed by the European Union and the United States on the regional banking sector.

But he noted: “We must make every effort to ensure that this undemocratic and discriminatory practice of a public blacklist is discontinued.”

On the issue of the Haitian political crisis, Chastanet said a solution has remained elusive.

“While understandably we have ring-fenced some of Haiti’s rights and privileges in our treaty, more importantly, we must be honest brokers and admit that we like many others have failed in our attempt to find a solution and need to collectively chart a new course.”

“We owe it to the people of Haiti, who deserve much more, especially given our common histories,” he said.

At the meeting, leaders are expected to discuss matters including the status of the CARICOM Single Market and Economy (CSME) and the elimination of regional roaming charges.

For the first time, the CARICOM Youth Ambassador Core was included in deliberations as part of efforts to give future leaders a voice in today’s decision making.