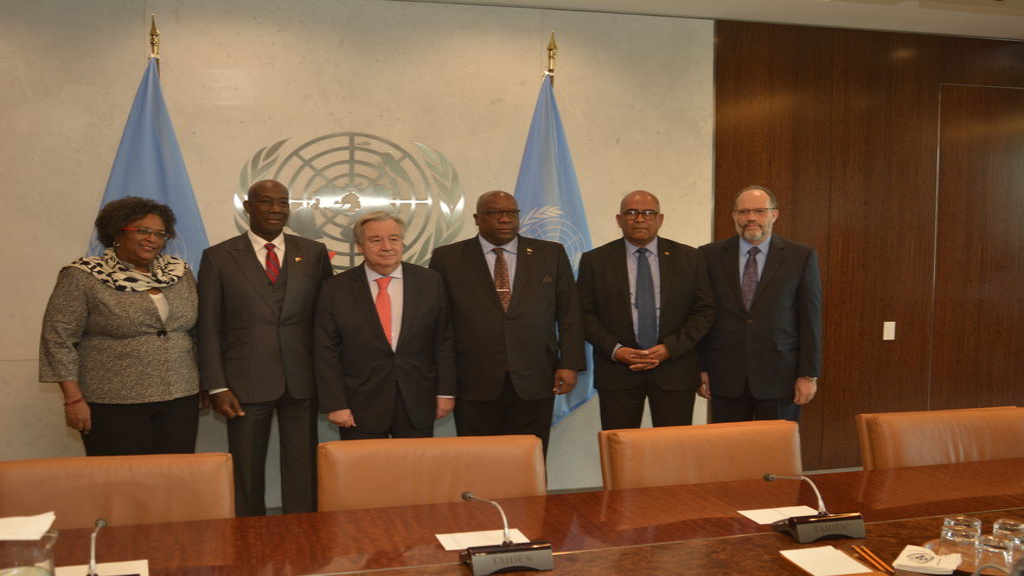 The United Nations will assist in establishing the roadmap towards peace and security for Venezuela and the region, if the conditions for such can be met.

The decision follows a meeting between a delegation of CARICOM and the United Nations Secretary-General Antonio Guterres on Monday at the UN’s Headquarters in New York.

Prime Minister Dr Keith Rowley journeyed to the UN as a member of a CARICOM delegation led by Dr Timothy Harris, CARICOM Chairman and Prime Minister of St Kitts and Nevis.

Prime Minister Rowley expressed hope that in the not too distant future there will be significant improvement and a diminishing of tensions in Trinidad and Tobago’s neighbouring territory.

Dr Rowley added, “We believe in the coming days there will be work towards dialogue so that the internal difficulties in Venezuela can be approached without intervention and interference from those who may have a different approach.”

This meeting with the UN Secretary General followed a CARICOM Heads of Government emergency meeting on Thursday where it was decided that the regional body should engage the global organisation.

On Monday, the CARICOM delegation also met with the Ambassador for Canada to the United Nations Marc-Andre Blanchard. The delegation is expected to participate in other meetings today.