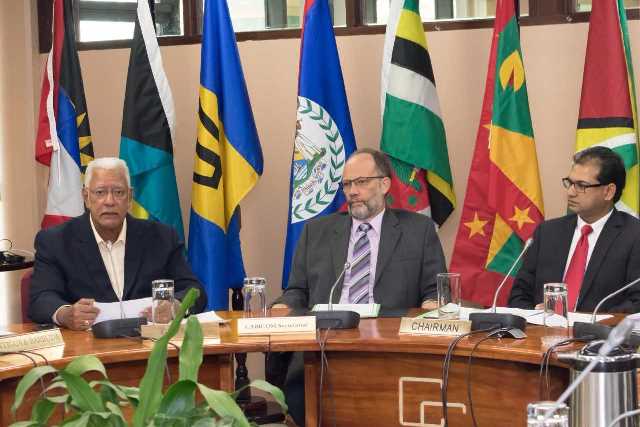 The devastating effects of Hurricanes Irma and Maria on Caribbean territories demonstrate the need for a greater resilience to face the “new normal” of storms of this kind.

Events like these are likely to be the new normal and provide proof positive of the reality of climate change", the Secretary-General said.

The devastation caused by Hurricanes Irma and Maria to the agriculture and fisheries sectors was a stark example of that fact, La Rocque added.

The hurricanes destroyed the agriculture sectors in Dominica and Barbuda.

The CARICOM Secretary General pointed to the strong appreciation that Ministers of Agriculture had for the inherent fragility of the sector, especially to climatic events, and stressed the importance of rebuilding the sector in the affected countries in the shortest possible time.

Among the matters the Ministers will address at the Meeting is the establishment of a Regional Agriculture Emergency Sub-Committee which will have responsibility for the development of a regional emergency response protocol to safeguard human and livestock health.

"That response must also include plans for the sector to rebound in the shortest possible time.  It must look at the provision of planting and other material to assist in the production of short term food crops.

This would be critical in feeding the population and assisting in respect of food security.  And it would also be an important factor in getting the agriculture sector in the affected countries back on track", La Rocque added.