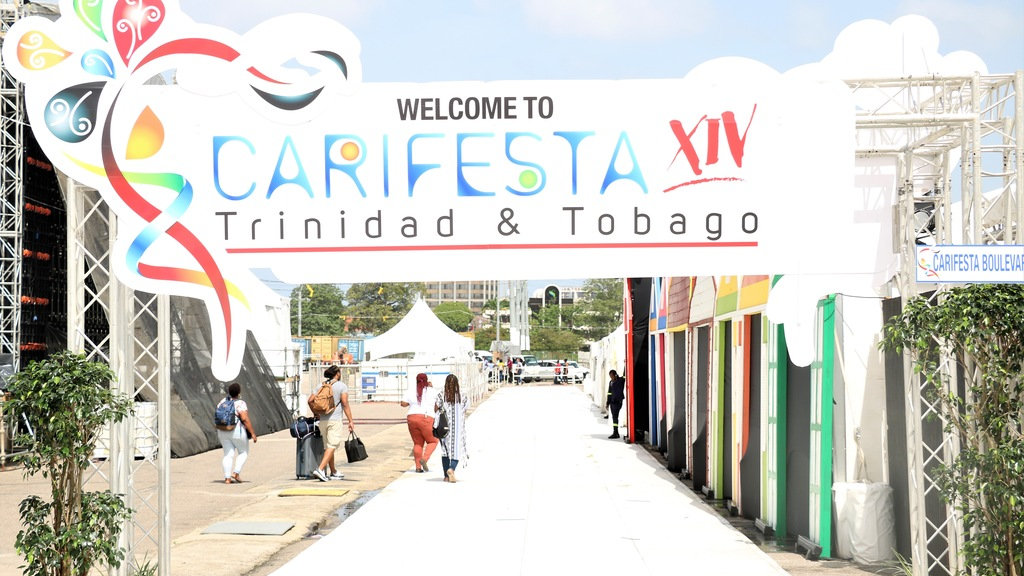 The Carifesta XIV "Grand Market" will officially close its gates today at 6 pm.

A release from the Carifesta Secretariat said the market, which was closed at 11 pm during the last ten days, will close early today to facilitate the breakdown and removal of all the structures to prepare the Savannah for Independence Day activities.

"We're talking about infrastructure that took several months to build and assemble and now we will be pressed to disassemble, demolish and remove them in a matter of days. So the sooner we can start on that process, the better the location will be in a state of readiness for our Independence celebrations. Remember also that our military personnel who have been training for some time for the Independence Day parade at remote locations around the nation would need to put in some practice sessions at the official venue ahead of the parade also... So, we do hope that most people would have visited the Grand Market by now, but those who haven't will have all of tomorrow up until 6 pm to check it out," said Project Coordinator, John Arnold.

Originally conceptualised by Artistic Coordinator, Jamie Thomas and constructed by local craftsmen and engineers, including Ben Gayah of Creator Design, Enaldo Bynoe and Max Munroe, among others, the Grand Market has attracted record numbers of visitors over the past week and served as the main attraction of the 14th Caribbean Festival of The Arts.

Minister of Community Development, Culture and The Arts, Dr Nyan Gadsby-Dolly gave credit to Thomas and the team at the Carifesta Secretariat, who were entrusted with the responsibility to oversee the successfully staging of the festival.

"We must give credit to all members of the team who put the Grand Market together, including Colin Lucas – who led Logistics and Operations, Patricia Browne – who was the Festival Manager and Arlene M Holman – who was in charge of Marketing and Communications, and Thomas –  who first came up with the concept that has since captured the hearts of many. Thanks to their great work, we had at least ten thousand people visiting the Grand Market daily with over 15,000 recorded on Wednesday and I expect that number to increase exponentially on these last two days," she said.

The Carifesta Grand Market was home to numerous enticing and engaging components of the festival such as the Fashion District, Food Park, Live at Lunch, Trade District, Country Nights, Craft District, Green Corner, The Literary Corner and numerous live performances from the region's top acts.

The closing ceremony for Carifesta XIV is scheduled to take place at the Grand Market on Sunday, August 25 from 6.30 pm.