Carla Parris takes ‘The Business of Carnival’ to Hollywood 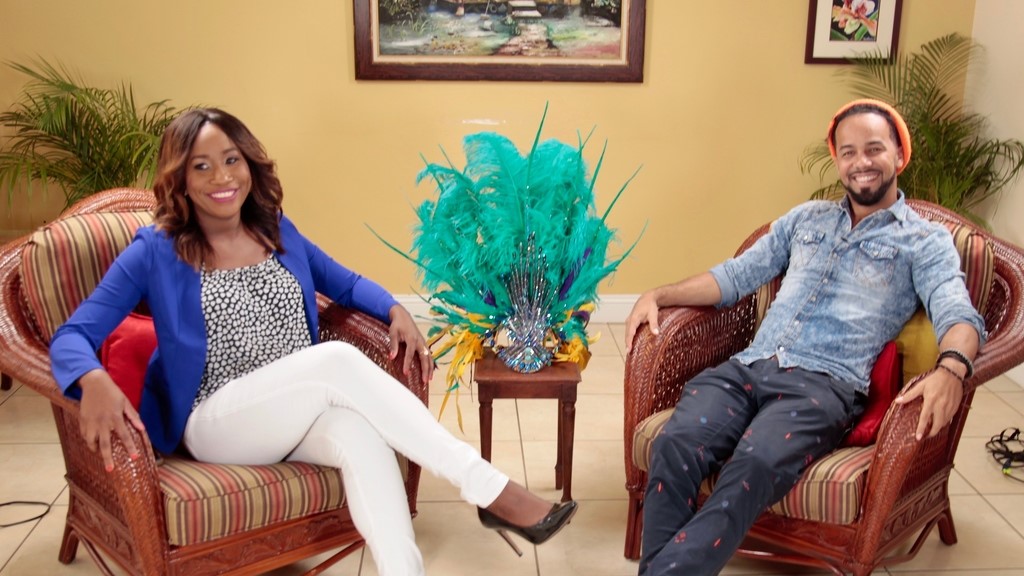 There is a multitude of people who exist within the Carnival sphere, ranging from soca artistes to band leaders to costume designers. While they’re all skilled in their respective careers, a good number are still unclear about how to go about handling the business side of their affairs.

That’s where 'The Business of Carnival' (BOC) has come in. The YouTube series, created, hosted and produced by entertainment and sports attorney Carla Parris, has filled a gap on the local entertainment and production front by educating persons based in the Caribbean and across the world about the legal and business matters associated with the carnival industry.

Each episode sees Carla sit down with major stakeholders in the industry such as photographers, events producers, carnival bandleaders and soca artists to explain the linkage between Intellectual Property Law and revenue generation. It also demystifies some of the common misconceptions concerning copyright law and the ownership of creative products such as carnival designs, costumes and events in an attempt to minimise the exploitation that is rampant in the industry. Some of her guests have included Dean Ackin (TRIBE), soca artist, manager and businesswoman, Fay Ann Lyons, Jules Sobion (Caesar’s Army), soca artist Kees Dieffenthaller, and Marvin Eversley (Liz Bliz Entertainment). 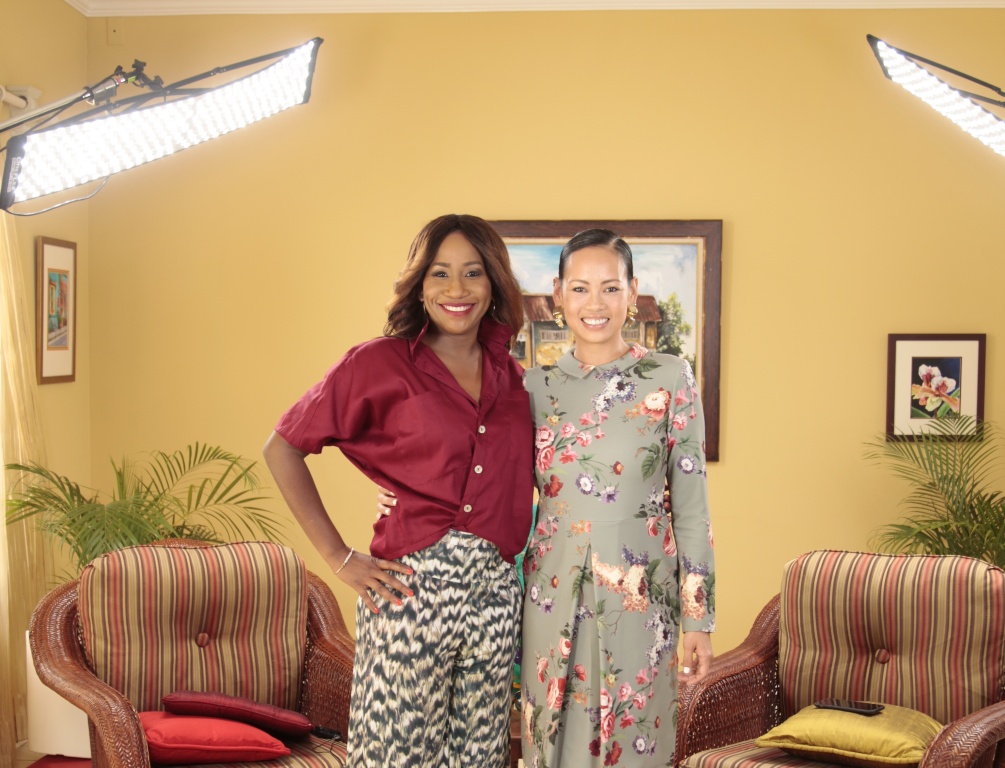 Now, with videos that have reached over 150,000 viewers, Carla has been able to introduce the entity to the mecca of entertainment: Hollywood. While there, she was able to get a better understanding of the L.A. Carnival scene.

Before arriving in Los Angeles, Carla sat down with Loop where she shared how the concept was born and has grown. “The Business of Carnival was a natural progression from what I’d been doing in the industry over the last few years,” she explained.

“I’ve been hosting an intellectual property sensitization drive, every year around Carnival. I’d make the media rounds trying to educate the public about the business of carnival. I’d realized in my practice that people have a whole host of legal matters and there was a lack of understanding on how to commercialize carnival and protect themselves in that space.

“Designers would be confused about who really owns the design of the carnival costume: is it them or is it the band leader; artistes would come after Ash Wednesday not clear on how much money they’re supposed to receive from their manager. What’s the difference between their booking agent and manager, why are these two sets of people coming to me for money…these were some of the areas they’d be unclear on.

“There is so much opportunity within the space but very few have a proper understanding of the structure and more so, many people had little understanding of what intellectual property was and how it applies to their business.”

As part of her sensitization drive, she would have also contributed to the Trinidad Guardian and would have been invited to speak on a number of television segments. At one point, she said, she would have pitched an idea to a network but never got feedback. After a while, however, the television circuit started weighing on her. Towards the end of 2017, while she and her sister--who is a part of her small team—were discussing how to approach the upcoming Carnival season differently, the idea to host a YouTube series was born.

“I realized that I had a wealth of information on that area and I was tired of getting up at whatever hour of the morning to go to these stations. Not getting a call back from the network also weighed on her decision to create her own content on her own terms.

The decision was a smart move. Within weeks of launching the series, she received a call from the Director-General, Didacus Jules, of the Organisation of the Eastern Caribbean States (OECS).

“He was very excited about the content and wanted us to partner and find a way to get the content out in the Eastern Caribbean countries since one of their mandates was to educate the public about the value of intellectual property to their growing economies, move away from relying solely on tourism as the only income generator, and look to the creative industries and sport as additional viable commodities for their citizens.”

As a result, The Business of Carnival became a part of the OECS’ online newsletter. The partnership opened her eyes to the fact that there was a common thread that ran through all the islands including lack of information and lack of access.

“It was a great way to give people access to what I’ve been talking about for years, all on one platform with a click of a button. What’s more is I was able to break down this somewhat obscure topic in a simple way that could be easily consumed and understood."

Because Carnival is now on an international scale, she noted that her content would also be well-suited for a global audience, so it only seemed fitting that she partner with Caribbean Airlines, which allows 'The Business of Carnival' to featured on all flights through the airline's in-flight entertainment platform, Caribbean View. 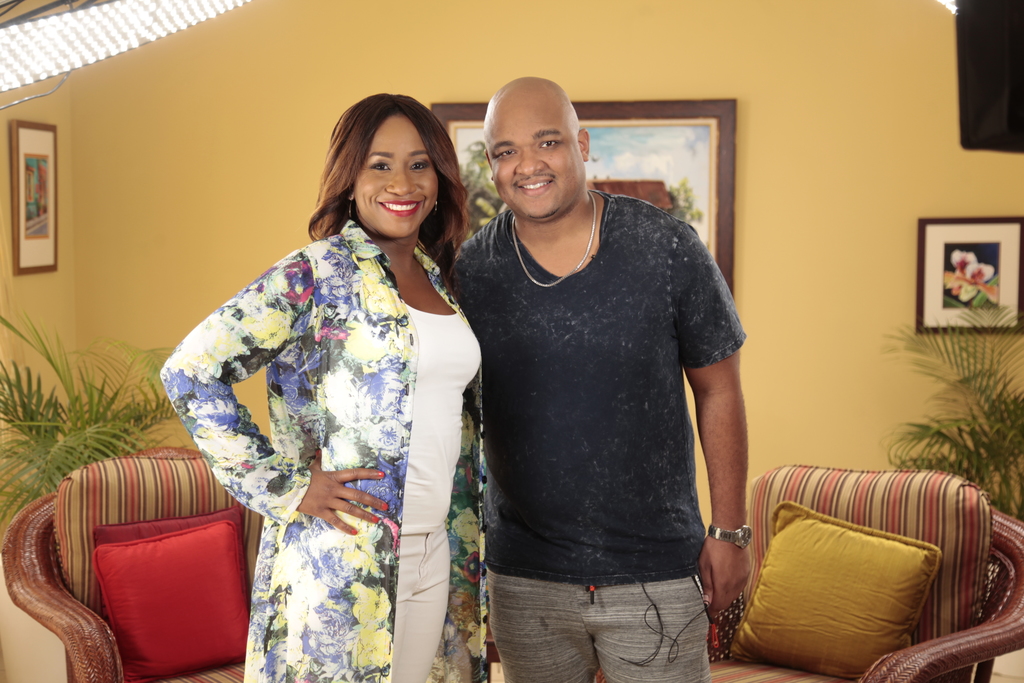 “I got a lot of feedback that the show would be well received in the global space because the content was different and it positioned Caribbean people as businessmen and women in the creative industry and it filled a gap in terms of teaching. It was more than highlighting these celebrities during Carnival but was asking them what their learnings have been, what were their business struggles, how have they been able to overcome these struggles and sharing in general how the law has been useful to them. When I realized that I thought that Caribbean Airlines would be a good platform to partner with to bring it to the world. Caribbean Airlines is very much involved in a lot of festivals so it was a natural fit."

Now, for the first time, Carla has been able to take the brand to an American audience. 'The Business of Carnival: Hollywood' travel edition, allowed her to talk to stakeholders about the importance of bringing Carnival to such a global stage, its impact on business, lessons they’ve learned, how they’ve commercialised the space.

On going to L.A., Carla said, “Part of the reason why going to Hollywood is particularly meaningful to me and my team is because this is the first time we’ve landed corporate sponsors. The series, since its launch last year until now, has been completely self-financed. I’m really proud to say that Paul Mitchell has come on board as well as regional media and entertainment company C15 Studios."

The Hollywood edition of the series will be more intimate and vlog-style, giving insight into what the Hollywood Carnival scene and infrastructure is like.

For Carla, it's a brilliant opportunity that will showcase Carnival in a different light and will allow stakeholders--and potential entrants into the game--to see how viable of a business the industry is if you play your cards right.

“That's what at the core of 'The Business of Carnival', letting people know that business and entertainment are connected; there’s a way to make money, there’s a way to position yourself and more importantly, stop giving away free content to the world. That’s the message that’s really important to me to share: the importance of protecting what they own.”

The first episode of 'The Business of Carnival: Hollywood travel edition is set to premiere next week. Follow the series on Facebook and Instagram for updates on the show.