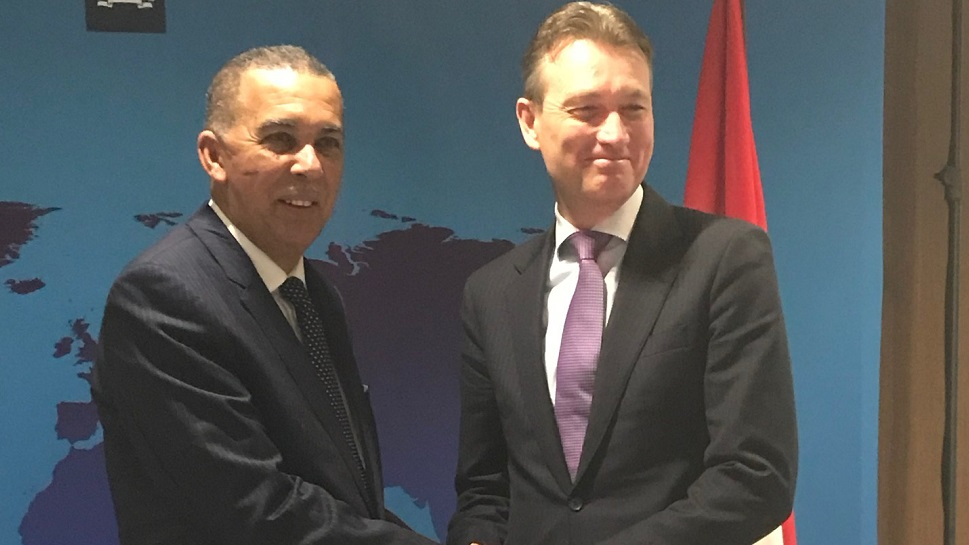 President Anthony Carmona suggested to Dutch Foreign Affairs Minister Halbe Zijlstra that Trinidad and Tobago’s internationally accredited doctors are willing to assist in the Netherlands if such services are required.

According to a statement from the Office of the President, Carmona visited the Hague as a speaker of the International Criminal’s Court (ICC) ceremonial opening of the judicial year 2018 last Thursday.

Zijlstra was about to leave for Vancouver, Canada when he altered his schedule to meet Carmona at his office, Rijnstraat 8, 2515 XP, Den Haag on Monday.

Carmona took the opportunity to point out that Trinidad and Tobago was producing far more internationally accredited doctors than the country required and suggested that Holland, if it required such services, could hold talks with Trinidad and Tobago’s Ministry of Health.

Carmona and Zijlstra also had informal discussions on wide-ranging topics including soccer.

Carmona further complemented Holland on the calibre of ambassadors it has been sending to Trinidad and Tobago.

Carmona recalled since taking office in 2013 he had met three Dutch ambassadors, all of whom he described as exceptional, full of vision and foresight.

He added that one way a country demonstrates respect for another is by the calibre of representation sent to the country.

In the three instances, Holland had sent very experience ambassadors to the Republic Trinidad and Tobago.

Carmona also thanked Minister Zijlstra for all courtesies extended to him.

President Carmona leaves for The Netherlands

Carmona to travel to the Netherlands for ICC's Judicial Year opening