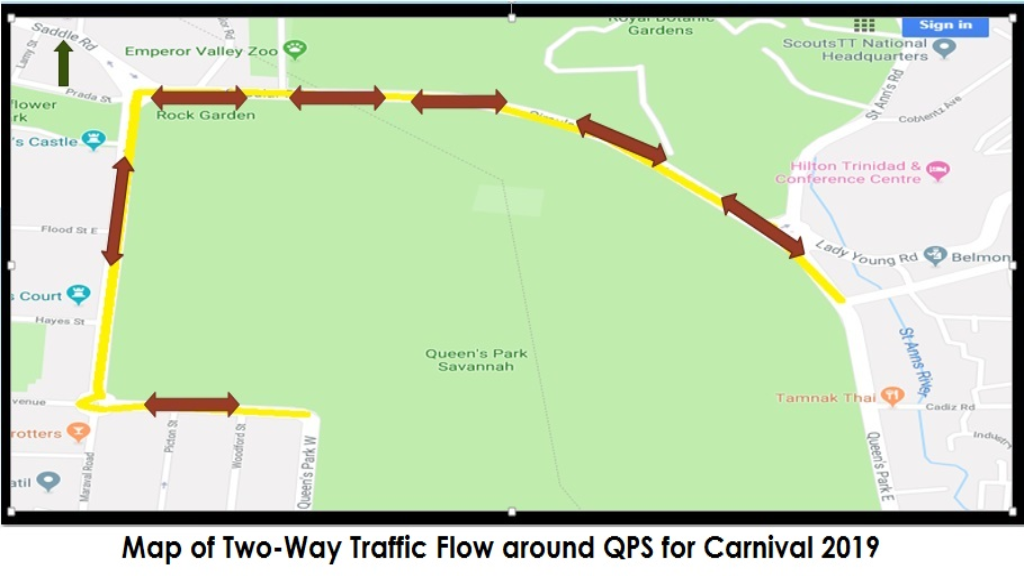 Traffic changes have been announced around the Queen’s Park Savannah in time for Carnival.

The changes take effect from 7 am on Saturday.

Two-way traffic will be in effect from Belmont Circular to Queen’s Park West, near Casual Corner, from Saturday until midnight on March 5 (Carnival Tuesday).

The Traffic and Highway Patrol Branch of the Trinidad and Tobago Police Service (TTPS) advised of the following changes:

a. Queen’s Park East between Jerningham Avenue and Belmont Circular, will be one-way proceeding North;

b. Norfolk Street between Belmont Circular and Jerningham Avenue will be converted to one-way traffic proceeding South;

c. Traffic along Jerningham Avenue between Norfolk Street and Queen’s Park East would proceed West only;

g. The entrances to the Queen’s Park Savannah would be located opposite the St. Ann’s Roundabout, Casual Corner and Main Entrance Grandstand.