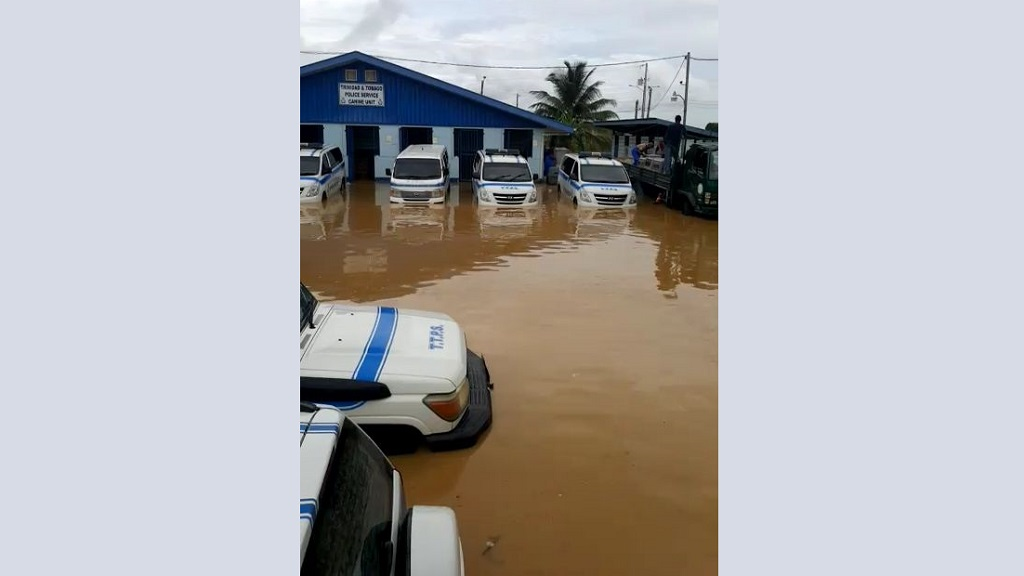 Photo: The Caroni police station was flooded out.

The Caroni Police Station was among areas which had been impacted by Friday’s unprecedented flooding.

This was confirmed by President of the Trinidad and Tobago Police Service Social and Welfare Association, Inspector Michael Seales.

He noted that from his information, waters had inundated the lower floor of the building, and had damaged several marked police vehicles which were there at the time.

He said that the waters came in quickly, and not much could have been done to prevent the waters from entering.

This, in turn, left many officers stranded.

However, despite the waters, which did force some officers to leave the premises to ensure their own families and homes were safe, Seales noted, several others opted to remain at the building and “man the station” as in the building were several sensitive items and bits of evidence crucial for prosecution.

It was noted that the K9 unit, which is at the station, was moved, and the animals were taken to Cumuto for safe keeping.