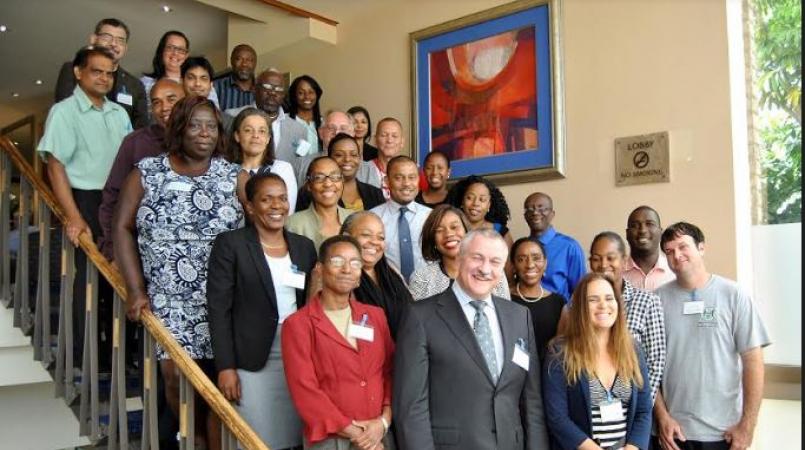 This was expressed by Acting Director of Surveillance, Disease Prevention and Control at the Caribbean Public Health Agency (CARPHA), Dr Karen Polson-Edwards.

She was speaking at the opening of the first meeting of the Surveillance and Vector Control Working Groups of the Caribbean Vector-Borne Diseases Network (CariVecNet).

Dr Polson-Edwards said “The spread of Zika in the Region has highlighted the need for a more unified approach in the fight against these diseases. The purpose of the network is to support the Caribbean’s response to VBDs and the growing challenge they pose to health, social and economic systems.”

The Agency, as coordinator of the Network, hosted twenty experts in vector control and vector-borne disease surveillance from ten CARPHA Member States.  Personnel from Institut Pasteur, Guadeloupe; Ross University School of Veterinary Medicine, Saint Kitts and Nevis and the Pan American Health Organization (PAHO) were also in attendance.  From 13 – 14 March, delegates discussed the formation and operations of the Network and drafted 2-year work plans for both working groups.

The Network will act as an avenue for the exchange of surveillance information on the circulating of vector-borne diseases, and collaboration on vector control and research topics such as insecticide resistance and community-based intervention.  Additionally, the Network will work on the standardization of operating procedures and training for the diagnosis, surveillance, prevention and control of vector-borne diseases in the Caribbean, with the expected long-term outcome being better prevention and control of VBDs.

The meeting was funded by the Centers for Disease Control and Prevention (CDC) Global Health Security Corporative Agreement.