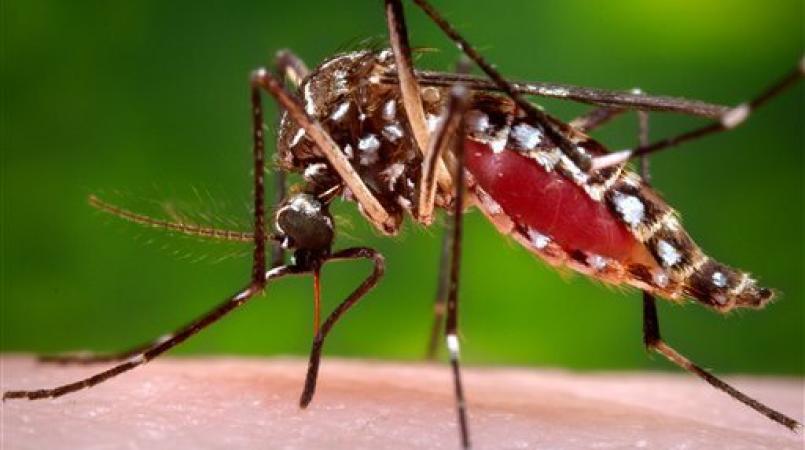 While chikungunya and zika which swept the region in 2014 and 2016 are not expected back anytime soon, CARPHA is warning members of the public to “gear-up for the possibility of a major outbreak of dengue fever in 2018.”

CARPHA issued a statement on Thursday noting that this is because as before, the pre-conditions of abundant mosquito vector levels still exist and increased levels of dengue are being reported in Latin America and elsewhere.

The association said efforts must be stepped up to stop mosquitoes from breeding and biting, especially to protect pregnant women and vulnerable populations from illness. According to the release, CARPHA said it is imperative as rainy season begins in many countries.

The release added that mosquito-borne diseases such as dengue, chikungunya and zika threaten health, tourism, social and economic development.

“Dengue remains a global health problem and like zika and chikungunya, there is no specific treatment for the disease,” the release said.

“Although dengue is not new to the Region, we need to gear up for the possibility of a severe outbreak.  This virus has been increasing in frequency over the past 30 years. Reports from Latin America [and] elsewhere show markedly increased dengue in recent months, so we in the Caribbean can expect it will soon be here,” CARPHA Executive Director Dr C James Hospedales said in observance of Caribbean Mosquito Awareness Week 2018.

Meanwhile, CARPHA noted that Caribbean Mosquito Awareness Week which runs from May 7 to 13, is focused on mosquito-borne diseases and risks associated with them. This year's slogan is "Fight the bite, destroy mosquito breeding sites".

The measures used for controlling the spread of dengue are the same as those for zika and chikungunya as these diseases are transmitted by the same mosquito, the Aedes aegypti.

The most effective way to avoid getting sick from viruses spread by mosquitoes is to prevent mosquito bites.

Research shows that drums and tires are the main mosquito breeding sources in our countries.

“We need to clean up our surroundings.  The two most important things to manage mosquito populations in our Caribbean countries are to manage water storage drums and tanks and properly dispose of used vehicle tires to prevent mosquito breeding,” Hospedales said.

Actions that can be taken include covering drums and tanks, checking the guttering, removing stagnant water sources and individuals protecting themselves and their family from bites.

Infants, young children, older adults and women who are pregnant or trying to get pregnant should take extra precautions to avoid mosquito bites and enlist the help of family, friends and neighbours to destroy breeding sites.

Dengue is a flu-like illness that affects infants, young children and adults, but can be severe and cause death.  Symptoms typically begin four to ten days after infection. This may include a high fever, headache, vomiting, muscle and joint pains, and a characteristic skin rash.  This illness can evolve to severe dengue, characterized by potentially deadly complication due to intense and continuous abdominal pain or tenderness, persistent vomiting.

Caribbean Mosquito Awareness week was declared at the 17th Special Meeting of the CARICOM Heads of Government in November 2014 on Public Health Threats and is an important reminder to the general public to take action to reduce their risk of diseases spread by mosquitoes.