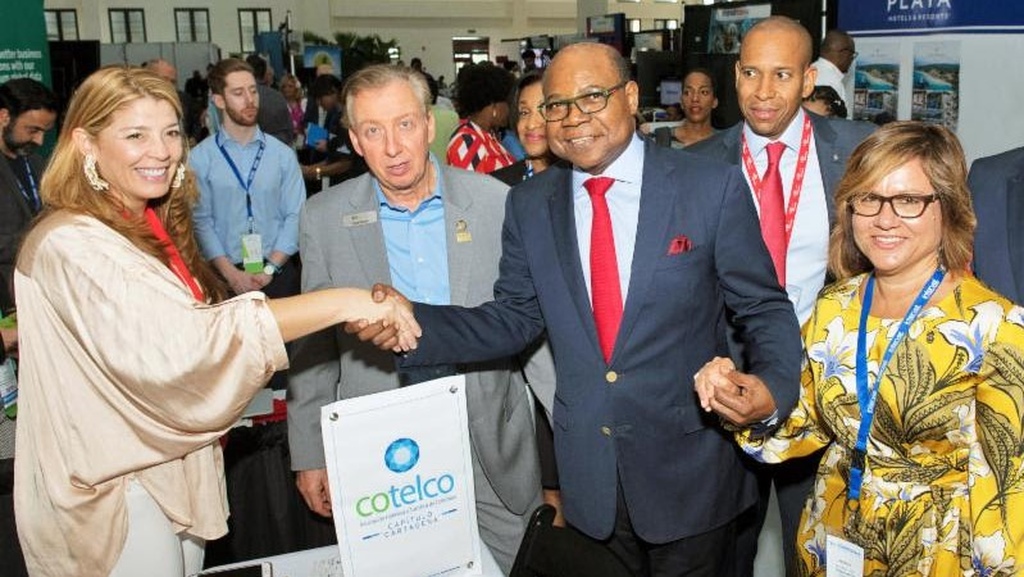 COTELCO Cartagena, a chapter of Colombia's hotel and tourism association, has 56 affiliated hotels and more than 4,000 hotel rooms, including brands such as GHL Hotels, Hilton, Intercontinental Hotels Group, Karisma Hotels and Resorts, Movich Hotels, Radisson Hotels and Resorts, Sofitel and Hyatt. In Colombia, COTELCO Nacional has 900 affiliate hotels throughout the country with a presence in 23 departments.

"We are absolutely delighted that COTELCO Cartagena, which represents the jewel in the crown of Colombia, has joined CHTA with its brilliant fusion of Caribbean and Latin American culture adding enormously to the rich diversity of our organisation," said Frank Comito, CEO and Director General of the organisation that represents the interests of the private sector throughout the region.

The Caribbean port of Cartagena de Indias was founded in 1533 and its old walled city and fortress, called colonial city, once repelled invaders and pirates. These days, thanks to the efforts of COTELCO, the charming city now welcomes visitors to its tiled roofs, balconies, flower-filled courtyards and lively social life.

The history of Cartagena, where the treasure of gold and silver of the New World was sent to the Old World, is impregnated with romance and drama and is the final resting place of the great liberator Simón Bolívar. The heroic history of Cartagena is evident in the ancient churches that were built as fortresses to reject pirates and foreign invaders such as Sir Francis Drake.

"Cartagena is one of the Colombian Caribbean cities with the greatest tourist potential and one of the most visited in the country. Its monumental treasure, which is a World Heritage Site, declared by UNESCO, and which is in an excellent state of preservation, constitutes one of its greatest attractions," said Monica Mass Tinoco, Executive Director COTELCO Cartagena.

"The perfect combination of sea, walls, legends and history, distinguish our destination as a unique brand of the Caribbean. It also has the archipelago of Nuestra Señora del Rosario, an island area that offers white sand beaches and crystal-clear waters, and you can reach it in 40 minutes, by speedboat from the docks of the old city."

Cartagena, a popular tourism destination in Colombia, has a wide variety of attractions and climates - from coral reefs and steep peaks of the highest coastal mountain range in the world, located in Santa Marta. As well as an exuberant variety of marine species and wildlife, Colombia has more than 1,900 types of birds, the largest variety of avian life in the world.

"There is an indefinable quality about Cartagena that is difficult to understand if you have not been touched by the magical realism introduced to the world by Nobel Laureate Gabriel García Márquez, but there is no doubt about the impressive cultural and artistic heritage of this country," said Martha Valdivia, CHTA's Director of Membership Development. "They have such a rich hotel product which comprises a mixture of old historical culture and new modern facilities, and of course, the impressive beaches that we know and love in the Caribbean," added Valdivia.

Raúl Bustamante, General Manager of Intercontinental Cartagena, said that Cartagena represents "the door of entry from the region to Latin America ... and as such, we have much that we can contribute to the association, (while) at the same time ... learn from our new colleagues and friends who are members of CHTA."

The admission of COTELCO Cartagena into CHTA was unanimously approved at CHTA's Board of Directors meeting in Montego Bay, Jamaica in January.