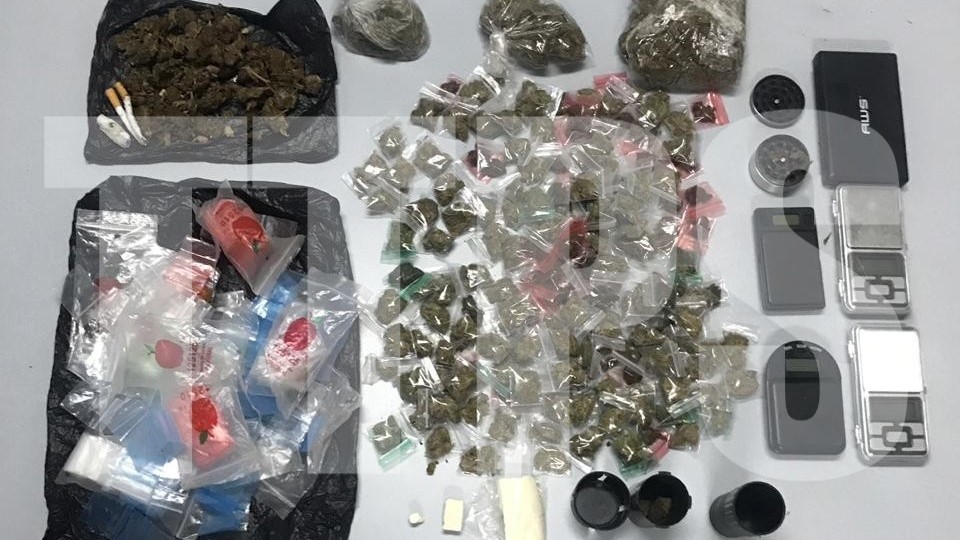 A Laventille man, employed at the Port of Spain General Hospital, was arrested and a quantity of marijuana seized by officers of the Port of Spain Division Task Force, during an anti-crime exercise conducted in the district on Friday morning.

The exercise, coordinated by ACP (Ag.) Williams, Snr. Supt. (Ag.) Moore and supervised by Insp. Randall McGuirk and Sgts. Alexander and Lucas, was conducted between 5 am and 10:30 am and included officers of the Besson Street Operations Unit, City Police, Transit Police and the Canine Branch.

During the exercise, officers acting on information proceeded to the Port of Spain General Hospital where they conducted a search and discovered 500 grammes of marijuana along with TT$1,020 in cash hidden in and around the compound. A 35-year-old man of Marcano Quarry, Laventille was also held with 30 grammes of marijuana in his possession.

The officers also arrested a 33-year-old Carenage man at the City Gate Maxi Taxi Terminal, in connection with a report of wounding with intent.

The same party of officers also executed several search warrants in the Beetham Gardens, Laventille, Bath Street Plannings and Pashley Street areas for arms and ammunition. During the searches, officers found 500 grammes of marijuana and 35 grammes of cocaine in a bushy area.

Several road check exercises were also carried out in the Belmont and Besson Street police districts, where a total of 44 field interview forms were completed.