Casino union member after Parliament ruckus: I stand by my actions 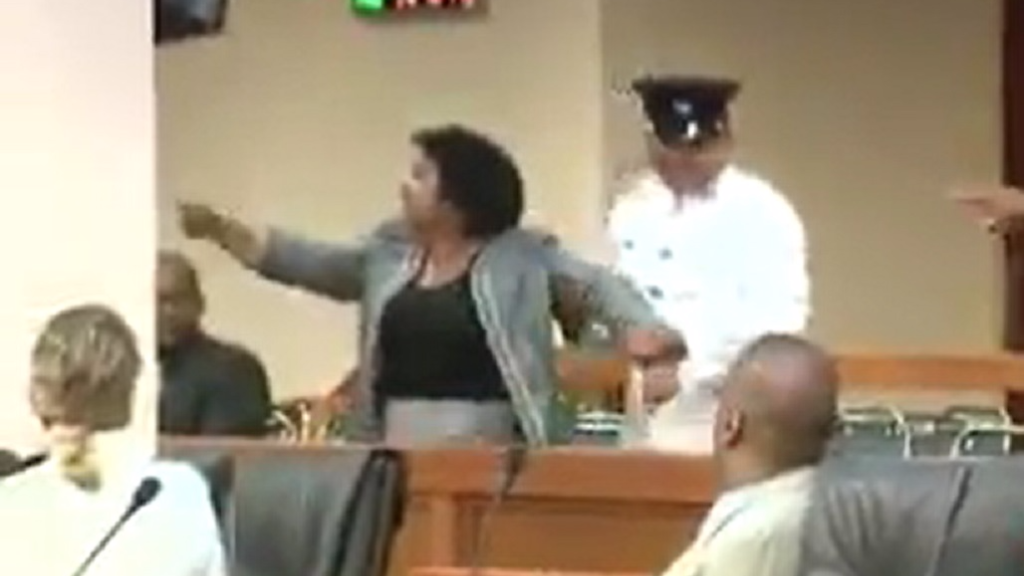 Members Club and Lottery Workers Union (MCLWU) member Maxine Gonzales said she stands by her actions after she and others were escorted out of Parliament on Thursday.

Gonzales, who objected to comments being made by Minister in the Ministry of Finance, Allyson West, said to LoopTT that she had no objection to being escorted out of Parliament, however, she believed that she needed to speak out.

“The people in Parliament have a job to do so I understand if someone in the gallery has an outburst they must do what is required.”

“(But) no one is seeing (our) point of it, they just say we are unruly and so on, but I don’t think anything gets done without there being some unruliness or protest, so I reject any negative comments coming my way pertaining to that. I believe what I am fighting for is just,” she said.

West had been discussing proposed taxes to the casino and gambling industry which amounted to a 100 percent increase in taxes.

“(West) was saying she doesn’t know why we, the employees, are making a fuss about the tax increase….the Minister does not understand that really and truly, this effect will trickle down to the employees.”

“In order to make that 100 percent tax, right now the earnings at the clubs are down tremendously. We are seeing the effects of it already. Also, if the tax is being implemented at 100 percent, these businesses may close, and that means sending home employees. Secondly, if they decide to downsize, they will send home employees because they will have to make way for the payments, which must be paid up front,” she said.

Although she agreed that most casinos do make a profit, she said these businesses had not catered to cover these expenses and will then implement budget cuts.

“These owners could just close down, pack up and fly out, and we will still be at a loss because we will lose our jobs,” she said.

“We don’t want to meet with someone who will not have that decision-making capacity and may not represent our wishes clearly,” Gonzales said, adding that the union is still open to meeting with Imbert at any time to discuss the issues.

Where are the casino owners?

When asked why casino owners were not present alongside workers, Gonzales agreed that this was a good question.

Imbert proposed a series of tax increases for gambling licences and machines which are to take effect on January 1, 2018.

Stuart Young to casino workers: Don’t let them use you