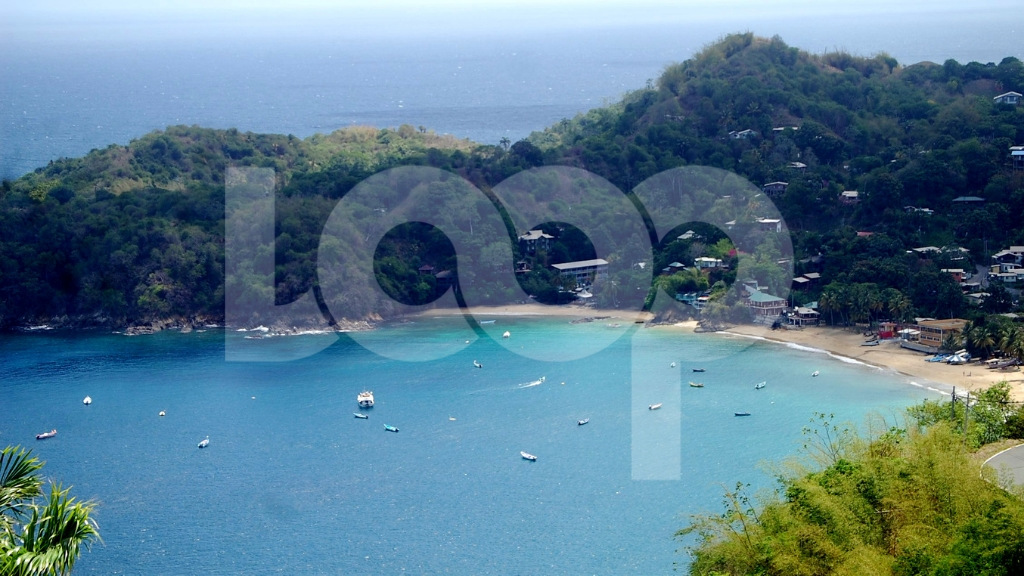 Hotels and guest houses within walking distance of the ANR Robinson International airport jostle for position along the Milford Road stretch with an ever-expanding selection of restaurants and shops selling colourful trinkets.

With the popular Store Bay beach where the famous Miss Jean’s crab and dumpling resides and the picturesque Pigeon Point in whose waters glass bottom boats ferry passengers to the nylon pool, Crown Point, anyone would assume, is the beacon for the island's tourist trade.

But 33 kilometres away from the bustle, a very quiet community lays claim to having the highest occupancy levels for tourists on the island.

Castara Village, situated on Tobago’s Leeward side, stands out as an anomaly on an island, where only a few months ago, the Sandals all-inclusive brand was being touted as the saving grace of the tourism sector.

Here, rooms are booked all year round in guest houses, hotels and people's homes.

Castara Retreats, an eco-resort overlooking Castara Bay, is full 365 days of the year.

Derrick Lopez, an affable man with a cheeky smile known in the village as Porridge, manages the resort.

He said when tourism numbers fell on the island some years ago, the owner of the resort, an Englishman, marketed the resort himself which boosted their numbers. He said the majority of their business is from repeat clients, tourists who visit every year. 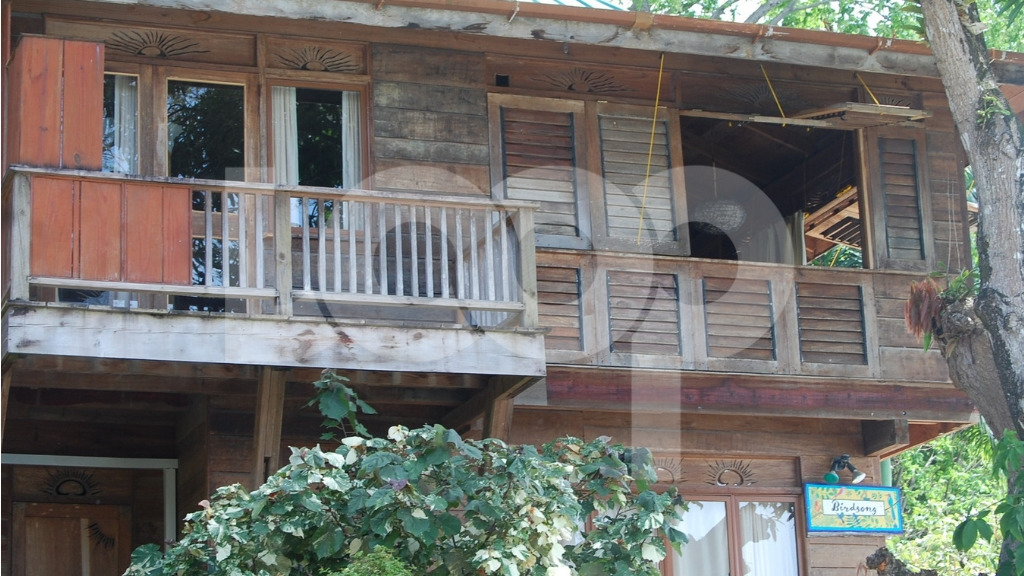 The rooms at Castara Retreat overlook the scenic Castara Bay

The 17-room establishment has no air condition or Wi-Fi but boasts a breath-taking view of the aqua-green waters of Castara Bay where an assortment of fishing boats bob silently in the water.

Porridge, so named for his love of the warm breakfast cereal, takes guests on boat tours of the coastline where he catches fish and cooks it on the spot.

“Castara is the people. It starts with the people and you have the beauty of the beach, tours, waterfalls, the birds but most of all the friendliness of the people,” he said when asked about the allure of the village.

“The thing that keeps tourists coming back all the time is the natural aspect of Castara. When tourists look at Tobago or any island, they want to live that island life, they want to live like the villagers and Castara has that appeal,” said Ari Benjamin, a 25-year-old born and raised in the community.

While other parts of the island are fast becoming modernised with big resorts and touts selling various activities like jet skiing, Castara has none of that.

Castara, which can boast of producing the late former President of the Republic, ANR Robinson, is a sleepy village. Houses, many unpainted with their red brick exposed, dot the bushy hillside. Below, waves crashing in the picturesque Castara Bay and the sound of birds chirping and chickens clucking are the main soundtracks of the day.

Several bars dot the main thoroughfare. At Cheno’s you can enjoy local delights like soursop and coconut ice cream and cold local lagers or delight in a range of coffee from Americano to Cappuccino.

On the beach, you can watch fishermen pull seine and even join them if you desire or indulge in bread, pumpkin loaves, sweetbreads, coconut tarts and more baked in a traditional dirt oven by the Castara Heritage Baking Ladies.

Other activities include snorkelling, beach bonfires at night or a short trek to the Castara waterfall.

The authentic village life that Castara offers is a big hit with tourists.

Writing on TripAdvisor, one person wrote: “No commercialism as such, and untouched by hotels. The most peaceful place to be. Loved every moment here.”

Debbie from Ireland said: “Friendly local people and a genuine welcome. Great beaches and a rural setting. I recommend this resort for anyone looking to get away from the standard hotel/resort holiday Castara is an extremely quiet and charming area.” 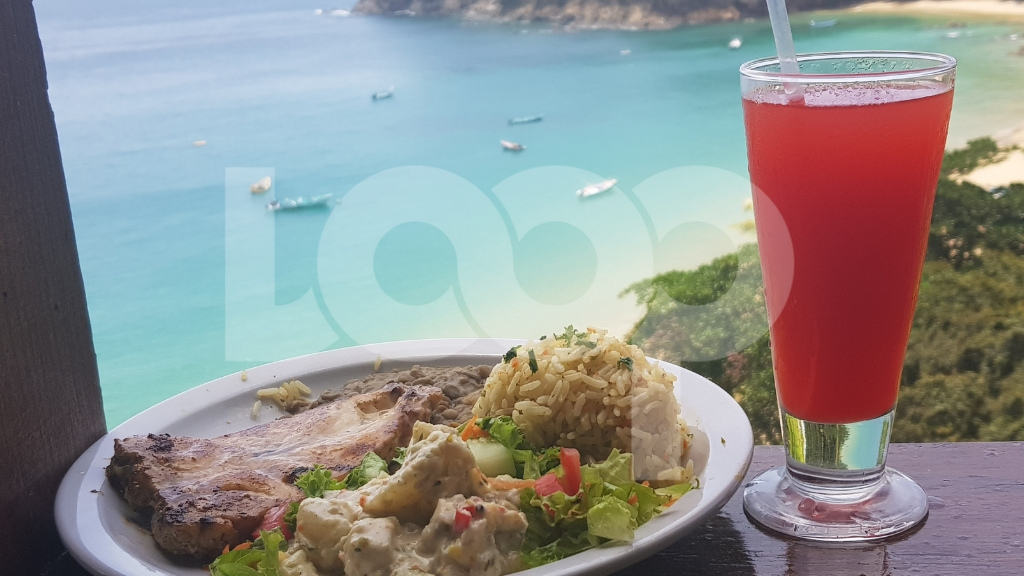 Despite its growing popularity, Castara has managed to maintain its laid-back, rustic persona.

Benjamin said the community works together to preserve the village.

“We are a very close, tight-knit community.  Outsiders are welcome but if you are starting a business or doing something that is not approved, people will be very vocal. We work for each other to ensure everything remains intact,” he said.

The tourism business in Castara is also monitored by the Castara Tourism Development Group which was formed in 2015. The non-profit organisation works to ensure that the local culture and environment is protected and tourism develops in a sustainable manner.

Louis Lewis, Chief Executive Officer of the Tobago Tourism Limited, said Castara is the best example in the entire Eastern Caribbean of community tourism where a community has done everything that is required, embraced tourism and presented a product that is highly sought after.

“Hence the reason why their level of occupancy is traditionally counter-cyclical to the visitor flows so there is a constant high occupancy throughout the year upwards of 70 percent on an annual business and the only other properties that do those things are your top line all-inclusives,” he said.

Lewis said while they, as a tourism body, would present options to the travel trade, in the case of Castara that is not necessary as the village is in high demand.

Dr Auliana Poon, founder of Tourism Intelligence Limited, a tourism consultancy firm that works with tourism bodies globally, said while Castara is a unique and special destination, its future depends on people caring more about the environment.

She gave the example of a fish depot from which the blood from the fish was being drained into the sea. She said they were able to convince them to divert the fluid to the land instead.

“Then you have the issue of spearfishing, people come and illegally spearfish where there could be a great, wonderful snorkel destination. So one of the recommendations we have made for Castara is to develop a blue flag beach, to really get a certification where the community can come together and work together to protect the environment and really systematically do it. We did a baseline study and organisations like UNDP were able to go and do certain elements of it,” she said.

Stating that the Castara model is one which can be adopted across the Caribbean, Dr Poon said the model is more than physical.

“The model is how people work together, what is their vision for the sector, who is doing what, how it is organised,” she said.