'CBS This Morning' to air for 1st time after Rose suspension 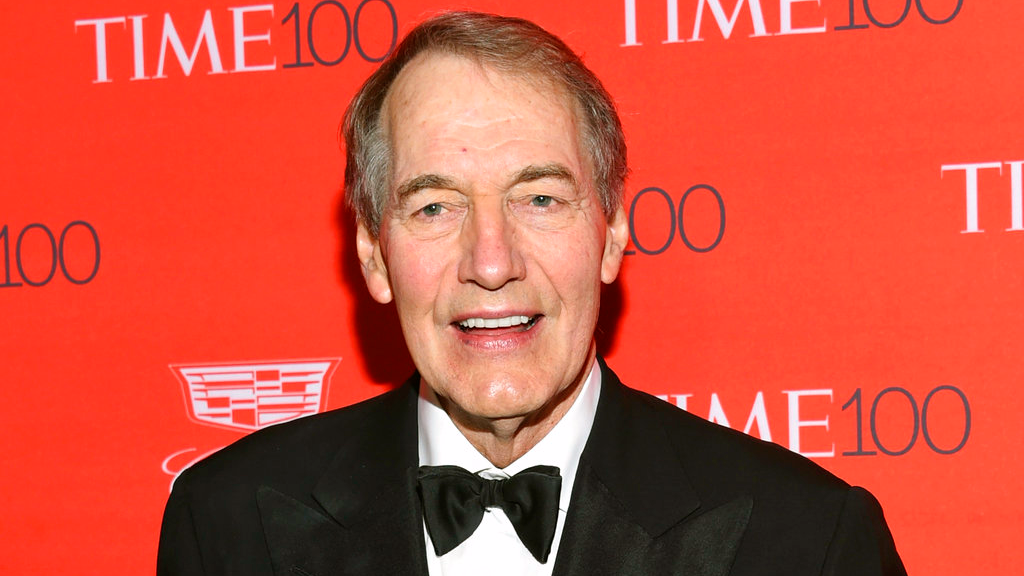 Charlie Rose is the latest public figure to be felled by sexual misconduct allegations, with PBS halting distribution of his nightly interview show and CBS News suspending him following a Washington Post report with the accusations of eight women.

The women, who all worked for Rose or tried to work for him, accused the veteran newsman of groping them, walking naked in front of them and telling one that he dreamed about her swimming nude, the Post reported Monday.

Rose, 75, said in a statement that he was "deeply embarrassed" and apologized for his behavior.

It is unclear how "CBS This Morning" will address Rose's suspension Tuesday. Rose has co-hosted the critically-acclaimed morning news program with Gayle King and Norah O'Donnell. It has been gaining the past few years on its better-known rivals. Rose also conducts interviews for "60 Minutes."

Three women went on the record in the Post's deeply-reported story. Reah Bravo, a former associate producer for Rose's PBS show who began working for him in 2007, told the newspaper: "He was a sexual predator, and I was his victim." She said Rose groped her on multiple occasions and once, during a business trip to Indiana, called her to his hotel room where he emerged from a shower naked.

Kyle Godfrey-Ryan, one of Rose's former assistants, was 21 when she said Rose repeatedly called her to describe his fantasies of her swimming naked at the pool at his Long Island home while he watched from his bedroom. She said she was fired when Rose learned she had spoken to a mutual friend about his behavior.

Megan Creydt, who worked as a coordinator on Rose's PBS show in 2005 and 2006, told the newspaper that she was sitting in the passenger seat as Rose drove in Manhattan one day when he put his hand on her thigh. Five women interviewed by the Post described similar grabs to their legs in what many interpreted as an attempt to see their reactions.

Rose said that he has behaved insensitively at times "and I accept responsibility for that, though I do not believe that all of these allegations are accurate. I always felt that I was pursuing shared feelings, even though I now realize I was mistaken. I have learned a great deal as a result of these events, and I hope others will, too."

Rose's interview show is seen in 94 percent of the country on PBS stations. It is rebroadcast on Bloomberg's cable network, which also announced Monday it was suspending the show. He interviews a wide circle of people in the media, politics and entertainment — this month including Harvard President Drew Faust, rapper Macklemore and the Post's Robert Costa, who talked about that paper's sexual harassment investigation of Alabama Senate candidate Roy Moore.

"PBS was shocked to learn today of these deeply disturbing allegations," the public broadcasting service said in a statement. "We are immediately suspending distribution of 'Charlie Rose.'"

Despite his age and heart troubles in the past, Rose had been one of the busiest figures in television.

Two hours after the Post story went online, one of its authors, Amy Brittain, tweeted that "sadly, my inbox is already flooded with women who have had similar, disturbing encounters with Charlie Rose."

Rose owned his interview show, even though PBS distributed it, and that raised questions of what recourse women who had complaints about his behavior could do. The Post quoted Yvette Vega, his longtime executive producer, as saying she failed and deeply regretted not helping women who complained about his behavior.

But it apparently was a poorly-kept secret in the industry. Two former employees interviewed by the Post said young women hired by the show were known as "Charlie's Angels." A Post contributing writer who worked on the story said she was reporting on some of the allegations while working at another news organization in 2010 but could not confirm them.

Stories of sexual misconduct have been coming in a flood since The New York Times first reported on Hollywood mogul Harvey Weinstein's behavior in early October. Even on Monday, the Times suspended White House reporter Glenn Thrush while it looked into a story about him making drunken, unwanted advances on women. In the news business alone, NBC political reporter Mark Halperin and top National Public Radio news executive Michael Oreskes have lost their jobs.

Interviewed last April outside a Time magazine gala, Rose was asked by The Associated Press about Fox News' Bill O'Reilly, who lost his job when it was revealed his network had paid millions of dollars to settle claims women had made against him.

"All of the cases that raise the issue of sexual harassment, which is a terrible thing, (and) has probably been not exposed enough," Rose said. "Not enough in the sense of the attention in the past, so that people were afraid to come forward. I think people are coming forward now."