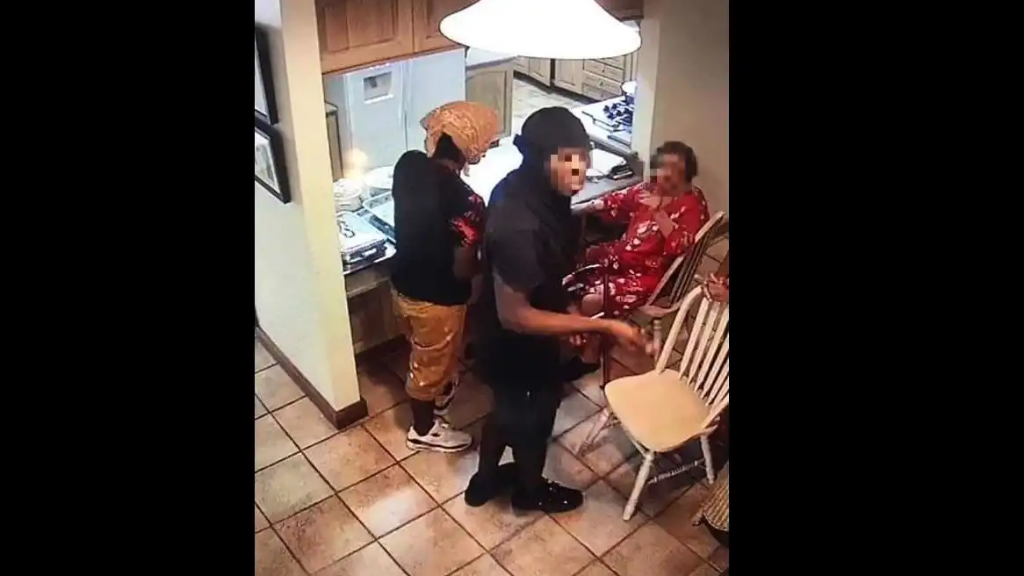 Police say arrests are imminent in the case of robbery and home invasion at Haleland Park, Maraval on Christmas Day.

The victim is the neighbour of Commissioner of Police Gary Griffith.

Police obtained CCTV footage which identifies the assailants in the incident.

A still image from the footage, which has been circulating on social media, shows one of the suspects dressed in all black with what appears to be a burka over his head, while the other is a man dressed in a black jersey, an orange pants, a white shirt, with an orange bandanna over his head.

In the footage, an elderly woman can be seen seated next to the two men looking on with concern.

At about 8.15am on Christmas Day, an 80-year-old woman and a female friend were at the home in Haleland Park, Maraval, when three men entered the premises.

One of the men, police were told, was armed with a firearm.

The men tied up the two victims and proceeded to rob them of their cash and valuables, including US$2,500 and cellular phones.

The women were eventually able to free themselves and notify the police.