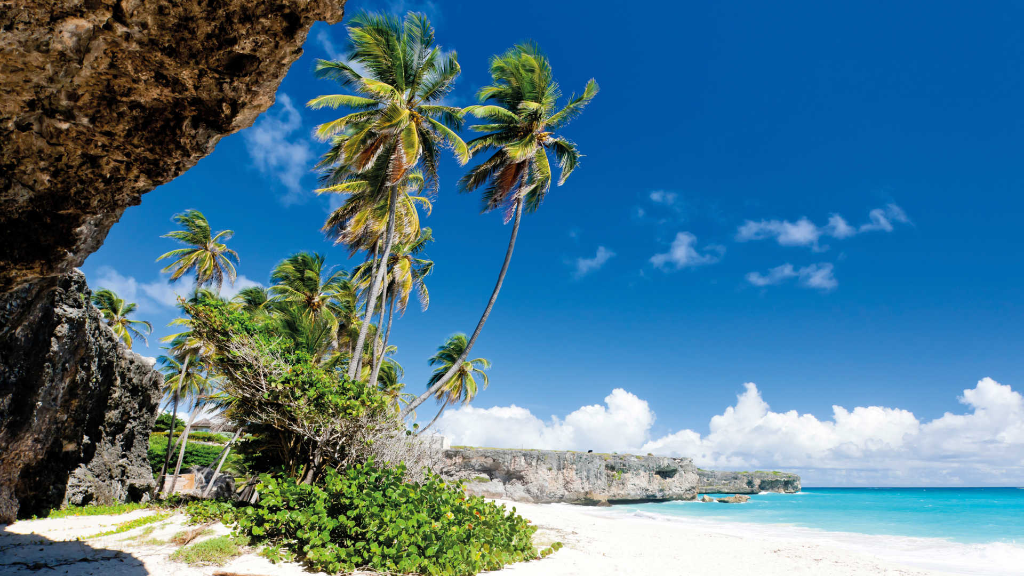 Despite major setbacks caused by a destructive 2017 Atlantic Hurricane Season, the Caribbean Development Bank (CDB) is reporting a year of several developmental gains for the region.

The Bank last year approved USD364 million in loans and grants, an increase of USD58 mn on the previous year, which has paved the way for the implementation of projects that focus on strengthening resilience, building back better and placing the Caribbean further along a path toward sustainable development.

“This path will not be without challenges but CDB remains committed to partnering with our BMCs to make extreme poverty in our Region a thing of the past,” said Daniel Best, Director of Projects, CDB during the Bank’s Annual News Conference on February 7, 2018.

Pointing to the Bank’s flagship poverty reduction programme, the Basic Needs Trust Fund (BNTF), in his presentation to media, Best said that the allocation of USD40.8 mn in resources from the Bank’s Special Development Fund last year is helping CDB to continue addressing the needs of the Region’s most vulnerable through the programme.

In 2017, BNTF also expanded its support to include entrepreneurial development, particularly among the Region’s youth. The Director also confirmed that in 2017, the Fund completed 152 sub-projects across its participating countries.

The Bank, in collaboration with development partners such as Agence Française de Développement; European Investment Bank, European Union; and the Governments of Canada and the United Kingdom, mobilised and operationalised concessional resources for infrastructure projects spanning the agriculture; education; energy; and water and sanitation sectors.

In addition, CDB addressed the impact of the devastating hurricanes of 2017, approving USD104 mn in Rehabilitation and Reconstruction Loans, Immediate Response Loans and Emergency Relief Grants that will benefit approximately 134,000 people in Anguilla, Antigua and Barbuda, and the British Virgin Islands who were affected by Hurricanes Irma and Maria.

“Such cataclysmic events are the new normal for our Region. This is why our interventions in economic and social infrastructure are rooted in climate resilience.  For the first time, the Bank has incorporated community resilience and psychological support services in its recovery programming,” Best said.

Speaking to the Bank’s plans for 2018, the Director said CDB was actively working to fast-track the implementation of rehabilitation and reconstruction projects.

He confirmed that key areas of focus for projects in 2018 include the continued advancement of energy efficiency and renewable energy initiatives in the Bank’s Borrowing Member Countries; addressing the issue of youth unemployment; investing in climate-smart agriculture interventions; and continuing support for the creative industries sector through the Cultural and Creative Industries Innovation Fund approved in 2017.

About the Caribbean Development Bank

The Caribbean Development Bank is a regional financial institution established in 1970 for the purpose of contributing to the harmonious economic growth and development of its Borrowing Member Countries (BMCs).

These include USD1.59bn of Ordinary Capital Resources and USD1.29bn of Special Funds. The Bank is rated Aa1 Stable with Moody’s and AA+ Stable with Standard and Poor’s and Fitch. Read more at caribank.org.