CDB study: Caribbean yet to push blue economy as driver of growth 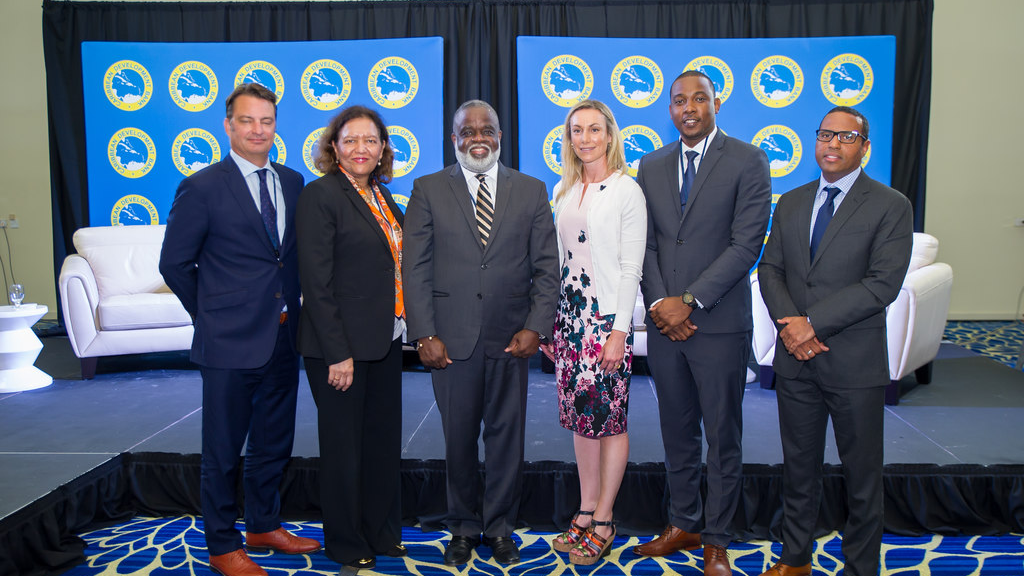 The ocean plays a role in the livelihood of approximately 40 percent of the world’s population that lives in coastal areas and makes a significant contribution to economic growth.

However, most countries in the Caribbean Region are yet to fully leverage the blue economy as a driver or growth, shows a new study released yesterday by the Caribbean Development Bank (CDB).

The blue economy is made of up of economic activities that either take place directly in the ocean or use outputs from the sea for consumption or as a source of income.

The CDB-study, entitled “The Blue Economy: A Caribbean Development Opportunity”, explores the potential of the ocean-based economy for the Caribbean, and also presents financing options that can allow policymakers to explore blue economy strategies at a national and regional level.

“Development of the blue economy should be accompanied by intelligent management and protection of coastal and marine resources,” he added.

Dr. Justin Ram, Director of Economics at CDB said, “While a number of blue economy initiatives can be highlighted within the Caribbean, the scope and scale remain below the potential, mainly because the blue economy has not been formally recognised as an important economic driver. Leveraging a blue economy strategy will allow Caribbean countries to more effectively drive the triple bottom line of sustainable development: Growing the economy, protecting the environment, and advancing social well-being.”

The paper, produced in collaboration with the United Nations Development Programme (UNDP), identifies four key industries which could be targeted for further growth under a blue economy strategy, namely, fisheries and aquaculture; coastal and marine tourism; marine renewable energy; and marine transport. It also suggests that a blue economy strategy cannot be applied uniformly across all countries in the region, but can provide an opportunity to collaborate with regional peers to achieve greater efficiency and output.

The study explores the enablers required for an effective blue economy growth strategy: