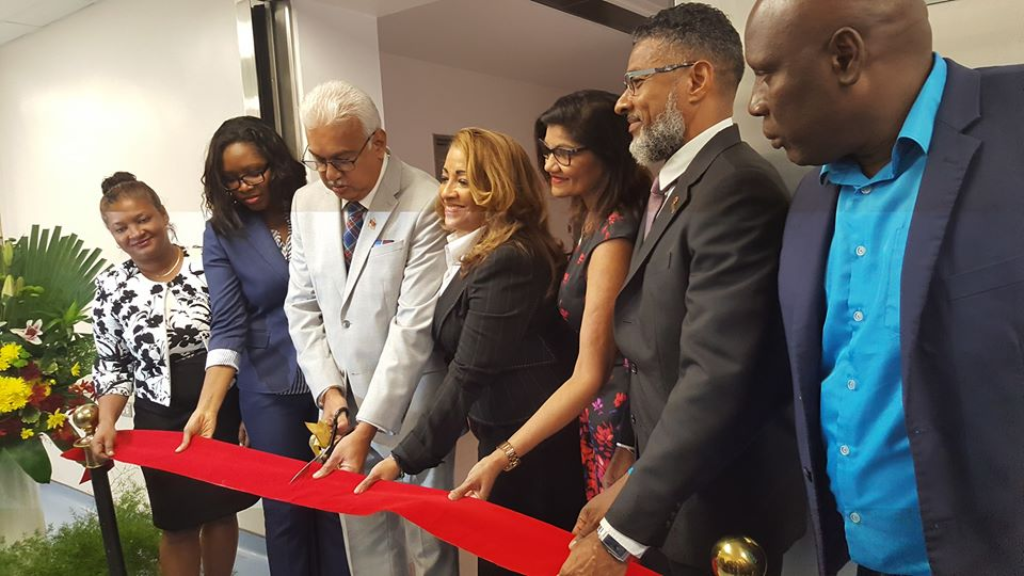 The new hospital facilities in St James are so impressive that episodes of popular television medical dramas Grey's Anatomy and House could be filmed there.

This was according to Health Minister Terrence Deyalsingh as he spoke at a ceremony on Tuesday, marking the relocation of the Port of Spain General Hospital (POSGH) Central Block to the St James Medical Complex.

The Central Block was badly damaged during a magnitude 6.9 earthquake in August 2018 and was deemed no longer suitable for occupation.

The facility were constructed over a ten-month period by the Urban Development Corporation of Trinidad and Tobago (UDeCOTT) in partnership with China Railway Construction Caribbean Company Limited.

It was completed at a cost of $40.5 million which Deyalsingh said was within budget.

The Health Minister expressed satisfaction with the facility saying the location used to be referred to as a "poor house".

"This was a place where the indigent and the homeless would come to live out the last days of their lives," he stated.

"When I first visited here in 2016, it was a place for pigeons. It was a place for dust and a place for everything except what you see today. What you see here today is a transformation of an empty, disused space into now the most modern secondary healthcare facility in Trinidad and Tobago...You can film episodes of House and Grey’s Anatomy here.”

Deyalsingh, who led media personnel on a tour of the facility, assured that citizens would have greater access to beds and improved healthcare as a result of the project.

The new block has a capacity for 69 beds and medical staff from the POSGH who previously worked at the condemned Central Block will be relocated there, Deyalsingh noted.

The relocation is however only temporary while a new 13 story, 540-bed Central Block is being built at the POSGH.