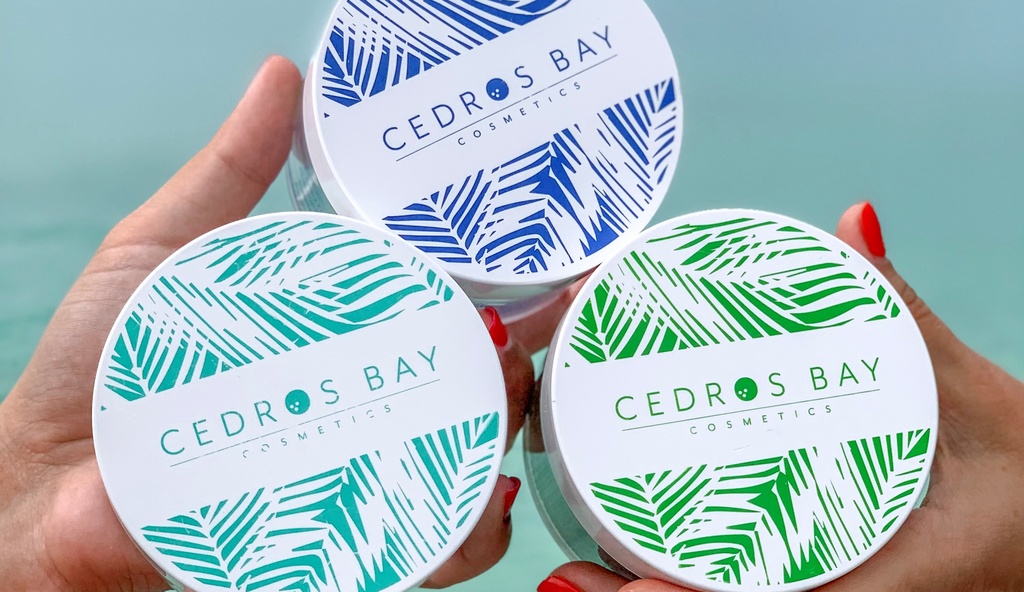 For over 80 years CGA Limited has been using coconut and its by-products to manufacture oils, margarine, vegan butter and soaps.

Now, after four years of planning its entry into the cosmetics market, the company has launched its first line of body products.

Cedros Bay, the new beauty brand, consists of two body scrubs made with coconut and coffee, coconut lotion and a lip balm.

That’s only the initial offering though as the company plans to launch at least three to four new products every month.

Cedros Bay, which is firmly targeted to a global market, comes at a time when, according to Allied Market Research, there has been a shift of preference towards natural and organic beauty products, particularly in US and European countries, which is fostering the growth of the cosmetics market. 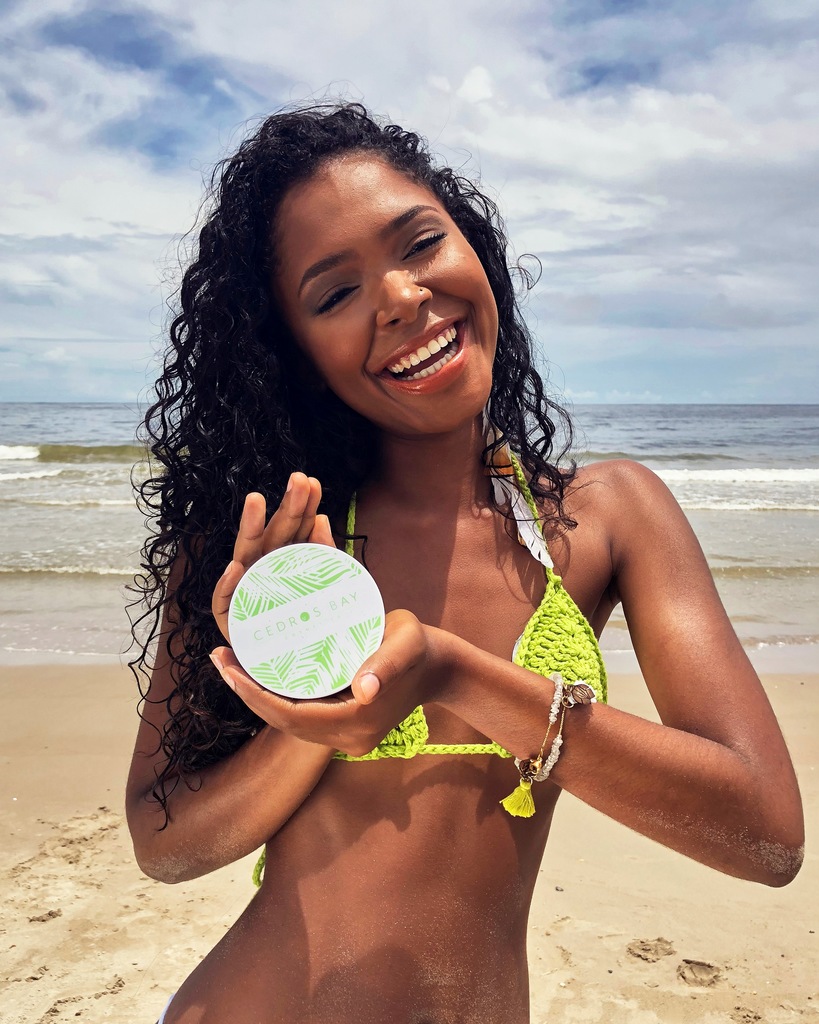 Gabrielle Agostini, Product Development Manager at CGA, describes Cedros Bay as a vegan, environmentally-friendly product. Not only are the products made with natural formulations, the packaging is made with recycled material and the covers are biodegradable. The CGA keeps bins around its compounds to collect material which it sends to recycle at agencies such as SWWMCOL, iCare and Ace recycling.

Agostini said in the future she would love to make the packaging refillable.

Developing an all-natural product was not an easy process.

“In the beauty area we wanted to do something that was different from the rest of our other products. We wanted to focus on natural products and we were trying slowly to change our soaps in that direction.

“It is difficult to use natural preservatives in beauty products and get it to be stable so it took about two years because the formulations were developed in house with a consultant but what took so long was the stability testing, we did everything in the US,” Agostini explained. CGA products are FDA-approved. 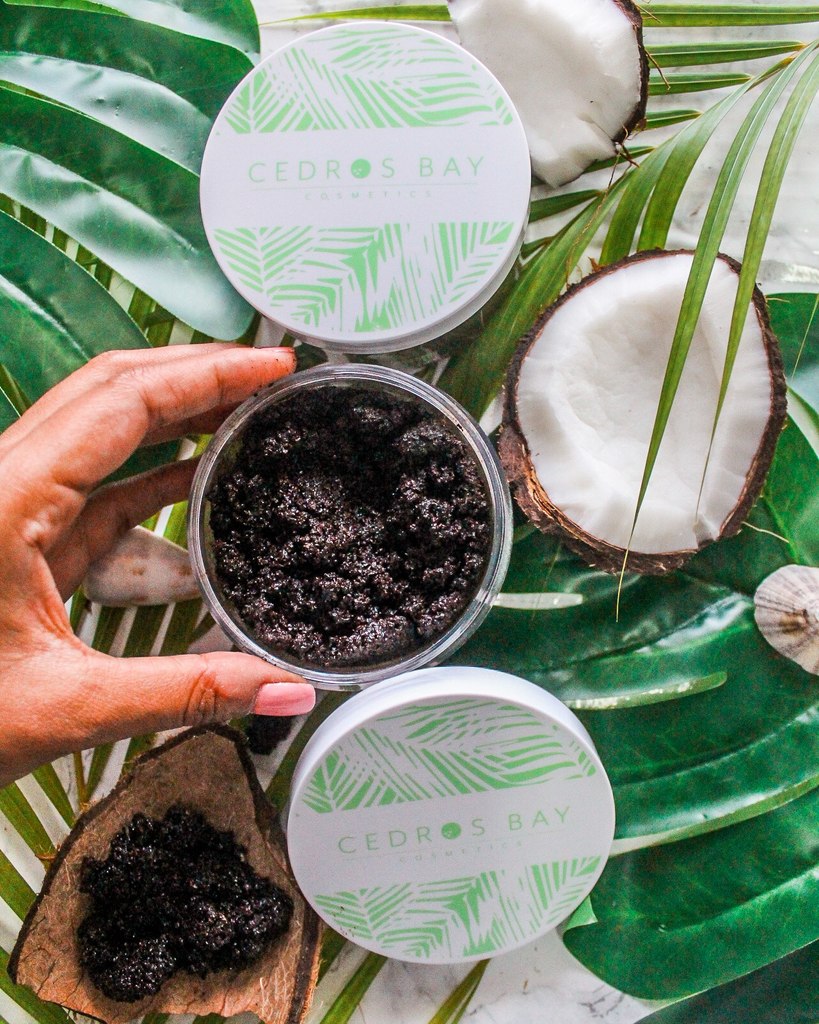 She said originally they had five products to bring to market but only four passed all the tests. All the products have a shelf life of a year and are certified and approved to be sold around the world.

The products are also cruelty-free and are not tested on animals and to ensure that they perform well, extra botanicals such as papaya and avocado oils have been added.

Cedros Bay is manufactured at HOS Botanicals in El Socorro, the consultants who helped CGA develop the formula.

Another big selling point of Cedros Bay is the fact that it is manufactured in the Caribbean, specifically Trinidad and Tobago.

The name pays homage to the Southwestern Cedros community from where the organic coconut oils are sourced. The packaging design, developed in-house, in greens and blues reflects the sea, the sky and the greenery of the Caribbean.

“A lot of these coconut brands in the States they all buy coconuts from Indonesia and Thailand and they are either manufactured there or in the States whereas ours is the first brand from the Caribbean and we really wanted to represent the Caribbean with the palm leaves, colours and later on with our next product which is an activated coconut mask, we will use coral colours so we will bring different colours into the collection,” she explained.

The product descriptions borrow lines from popular soca songs and embody the Caribbean culture. The description for the coconut scrub, which smells like ice cream, borrows a line from Rupee’s ‘Tempted to Touch’: “Tempted to touch, beautiful skin I need you so much,” it reads.

To market the product, CGA is targeting popular social media influencers, bloggers and makeup artists and Agostini hopes to do workshops and retreats to keep them engaged.

Ricardo Maughn, Trade Specialist at CGA, said they will also be staging a series of pop up shops and will be organising a geographically strategic road show to sensitise the population about the products. 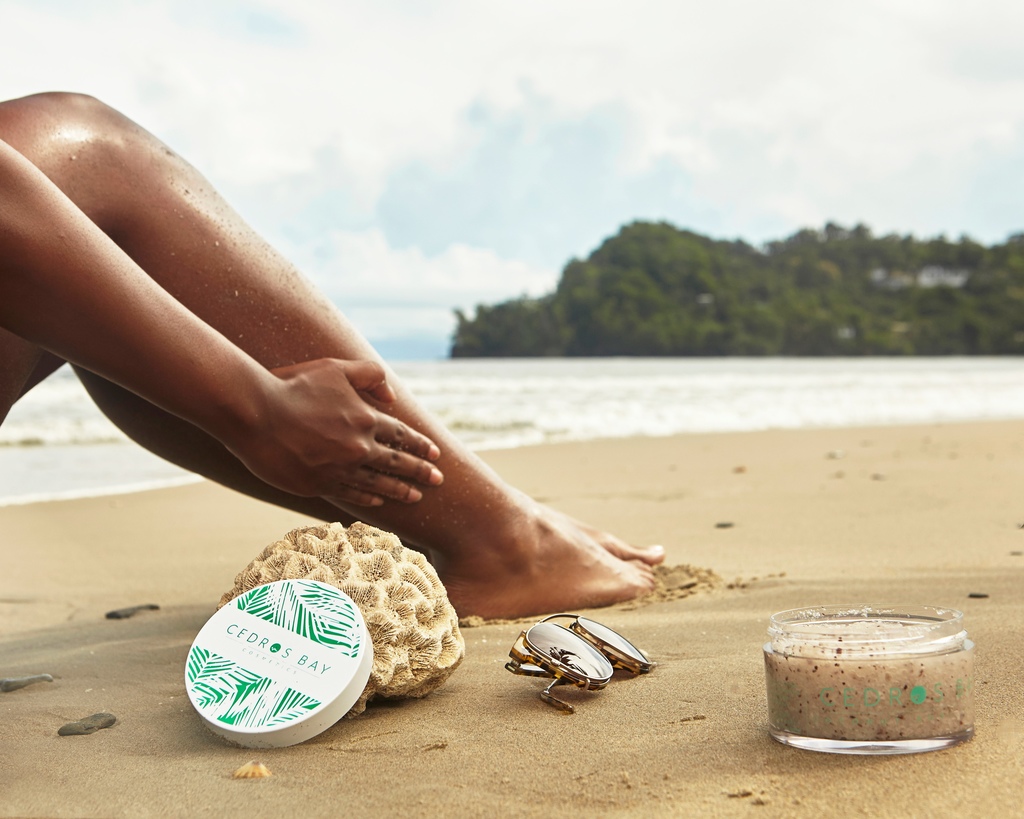 They have also recently contracted AP Scott to distribute the products to various retailers.

They are also encouraging shoppers to make use of the redesigned CGA website where special discounts will be applied to the Cedros Bay products. This is the first time the company will be immersing itself in e-commerce.

“We have already shown it to a few islands as well and are sending off samples. So far we have Grenada, St Lucia and Dominica interested but we are hoping to get Barbados, Antigua and Jamaica. We are also sending off an Amazon shipment next week. We want to wait a little bit before we hit the US market but we have signed up for Birch Box,” said Agostini.

CGA's evolution into the cosmetics market was inevitable considering their long use of the coconut.

“We are really into skincare, we manufacture toilet soaps so why not branch out into cosmetics and explore the whole opportunity that the coconut industry can provide,” said Maughn.

“A coconut tree is the tree of life, you could survive in the desert with just a coconut tree. There is so much you could do with the coconut tree, every part of it you can use which is why we think we need to explore it as much as we could,” he said, stressing that innovation has been key to CGA’s survival.

Maughn said a major source of pride for CGA is that they are producing a global brand while based in Laventille, a reputed hot spot

“Here you have a company right in Laventille that will have brands that are global brands. That is something to speak about instead of the crime and negativity,” he said.

The Immortelle Beauty Bar opens at The Shop at the Normandie