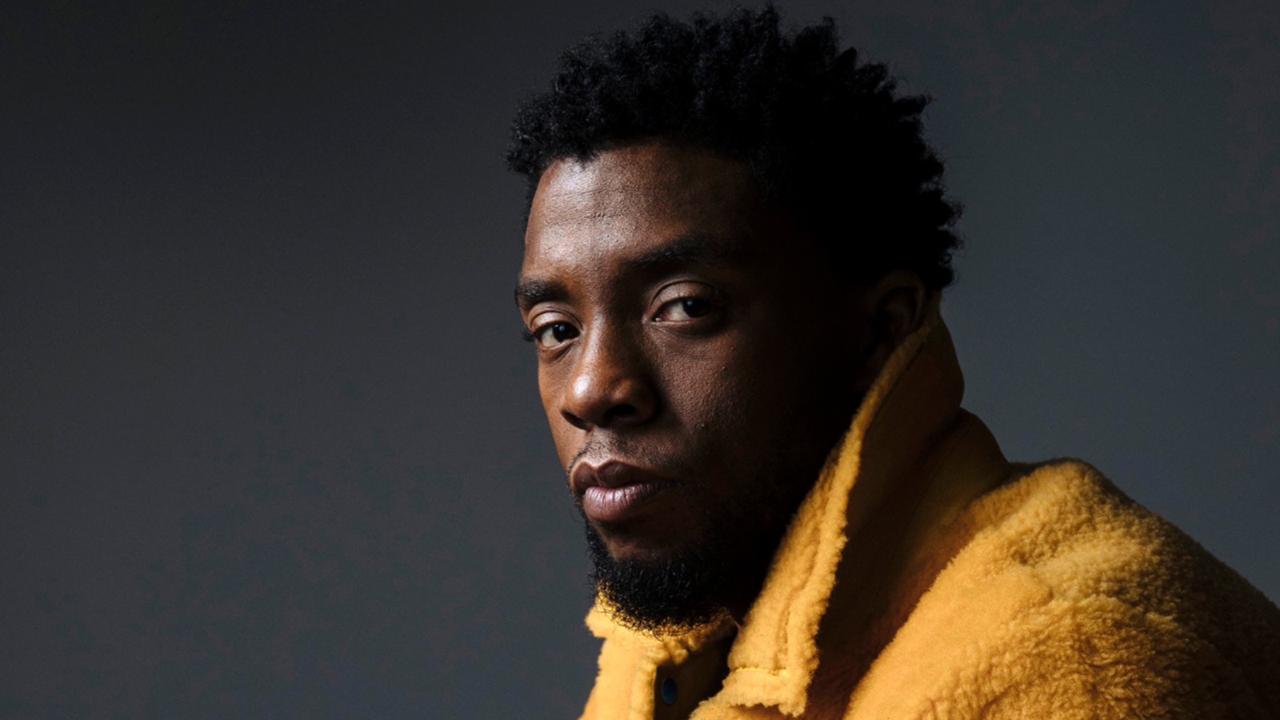 In this February 14, 2018 photo, actor Chadwick Boseman poses for a portrait in New York to promote his film, "Black Panther." Boseman, who played Black icons Jackie Robinson and James Brown before finding fame as the Black Panther in the Marvel cinematic universe, died of cancer at the age of 43 on Friday, August 28, 2020, his representative said. (Photo by Victoria Will/Invision/AP, File)

So far, 2020 has been marred with bad news and tragedy with the deaths of several popular Black icons including professional basketball player Kobe Bryant, Republican John Lewis and recently actor Chadwick Boseman, who died Friday.

All three were viewed as leaders in their respective fields of sports, politics and film — places where people, particularly in the Black community, have often looked for inspiration during a year of racial tension and protests against the police brutality of unarmed Black people.

But for many, the loss of another major figure such as Boseman is taking a toll. The actor, who starred in the blockbuster superhero Marvel film “Black Panther,” shockingly died at the age of 43 in his home in Los Angeles after he privately battled colon cancer for four years.

“These are pillars in our community,” Reverend Al Sharpton said. “In times of instability, you depend on pillars. It’s bad enough when there’s a storm outside and you hear the lightning and thunder. It gets worse when the pillars that you’re building and standing on (are) shaking. It’s like they’re chipping away at our foundation. The very building is shaking down because the things that undergird and protect us from the storms are being removed.”

Boseman's family said he endured “countless surgeries and chemotherapy” while portraying King T’Challa of Wakanda in the Oscar-nominated “Black Panther,” a film that proved a person of colour could lead in a successful superhero film.

“For him to pass at this time when we are disproportionately affected by COVID and have all of these attacks by law enforcement, and him being the symbol bringing us to Wakanda, it’s just a blow,” Sharpton said. “To hear that our superhero who projected a positive light was now gone, it was a gut blow.”

Boseman was elevated to a stage that many Black actors don’t get the chance to occupy, said Los Angeles Lakers star LeBron James. And his ability to be “transcendent” on that stage brought a comic book character to life for many in the Black community.

“Even though we knew that it was like a fictional story, it felt real. It felt like we finally had our Black superhero and nobody could touch us. So to lose that, it’s sad in our community," James said, lamenting on the loss of “the Black Panther and the Black Mamba in the same year.”

In January, Bryant died in a helicopter crash involving eight others including his 13-year-old daughter, Gianna. Lewis died in July after being diagnosed with pancreatic cancer last year.

“The year 2020 has been up and down for everybody,” Milwaukee Bucks player Giannis Antetokounmpo said, adding that Boseman left “so much behind.”

“It’s a lot to unpack,” said Oklahoma City Thunder guard Chris Paul. “Chadwick was a special guy. I think everyone took it hard, especially the Black community. That was one of our black superheroes. I think ‘Black Panther’ was something so powerful, for myself along with my kids to see a superhero that looks like them and the way that he played it with such class and elegance. That was tough.”

Activist Martin Luther King III called Boseman’s death another “great loss." But he encourages people not to lose hope even in a year of tumult.

“We could easily say ‘Oh my God. This is the most terrible year that existed.’ But I choose not to say that,” said the son of the Reverend Martin Luther King Jr. “Our ancestors had to go through so, so much. And yet, we’re still here. We are nowhere where we need to be, but we are always making progress and moving ahead.”

Gil Robertson, the co-founder and president of the African American Film Critics Association, said Black people are at a critical crossroads of their survival in America.

“We’re getting it from all sides of the fort,” Robertson said. “We’re losing these strong men. These men who operated with a level of integrity. A level of authenticity. I find all of this alarming. I hope that our community can come together. ... Not just for one cause. Just to make a consistent effort to rehabilitate our community.”

Shock, grief, and gratitude after death of Chadwick Boseman