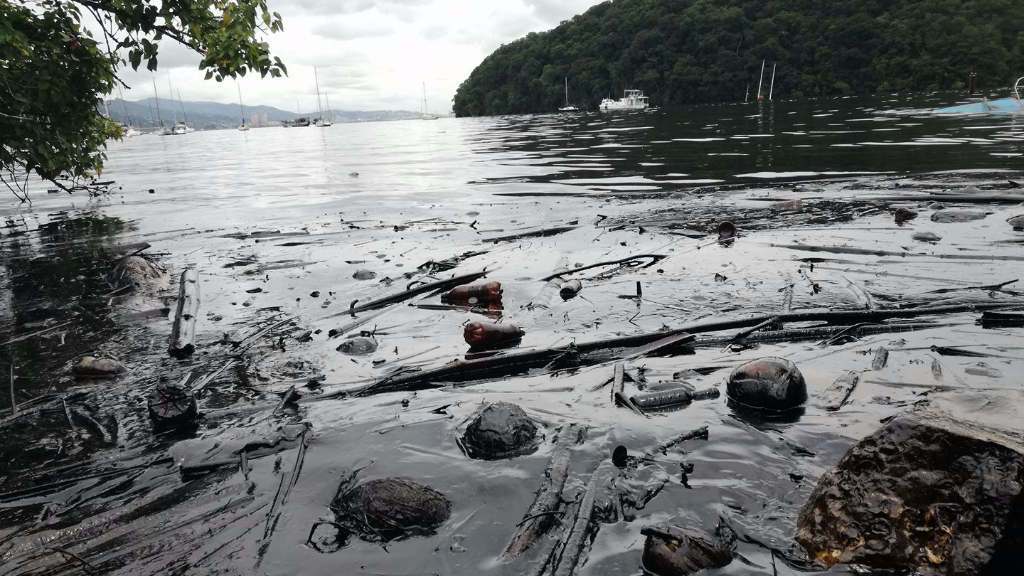 Energy Minister Franklin Khan said recent tests done on oil samples from last year's oil spill in Chaguaramas has shown an ‘almost identical’ match with that of one vessel, which is being investigated.

Speaking in Parliament on Tuesday in response to questions put forward by Senator Wade Mark, Khan said government intends to press both criminal and civil action against the owner of the vessel responsible.

“The Ministry, in concert with the Institute of Marine Affairs (IMA), the Environmental Management Authority (EMA), the Maritime Services Division and the Trinidad and Tobago Coast Guard (TTCG) conducted aerial and maritime surveillance to determine the source of the spill and whether it was an ongoing event,” he said.

Khan said however that the aerial and marine surveys did not reveal the source of the spill, leading to samples being submitted for testing.

“Oil samples were collected from the spill in Chaguaramas by the IMA and EMA for the purpose of oil fingerprinting.”

“The samples were found to be characteristic of bilge oil and not crude oil. Bilge oil represents a mix of fuel oils and waste oil immersed in water in ships and barges,” he said.

Khan said oil samples were then taken from nearby vessels which were docked in the Chaguaramas area on October 14 and 15, which could be potential sources.

“Fingerprinting showed similarities with samples taken from one of the vessels and an almost identical match with the samples taken from the slop-tank of another vessel, and in the storage pit of an in-land remediation facility."

“Based on this evidence, the oil spill has been narrowed to the vessel with the identical match and accordingly, appropriate action is now being pursued against the owner of that vessel, both criminal and civil," Khan said.

Khan added that cost of damages and clean-up efforts totalled approximately TT$2 million, which he said would be recovered from the party responsible for the spill through civil action.

The oil spill, which was discovered on October 15, 2017, rapidly spread to nearby coastlines along north-west Trinidad, causing death to wildlife and leading to the pollution of nearby beaches.