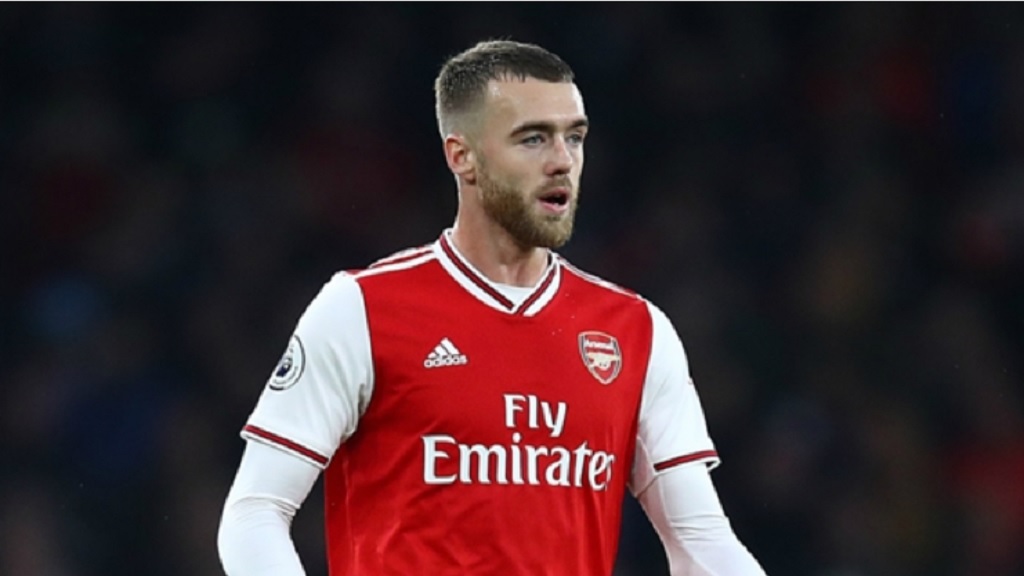 Calum Chambers is facing six to nine months out after he ruptured the anterior cruciate ligament in his left knee, Arsenal have confirmed.

Chambers, who spent last season on loan at Fulham, sustained the injury in the first half of Sunday's Premier League loss to Chelsea when he fell awkwardly.

The 24-year-old defender will miss the rest of the 2019-20 campaign after undergoing surgery in London on Thursday and is set for a long period of rehabilitation.

"Everyone at the club will be supporting Calum to ensure he is back on the pitch as soon as possible," a club statement read.

Chambers has made 14 appearances for Arsenal this season, helping to fill in for injured defenders including right-back Hector Bellerin.

Arsenal also confirmed Scotland left-back Kieran Tierney will be out for around three months after undergoing surgery on the shoulder he dislocated against West Ham on December 9.

New Gunners boss Mikel Arteta indicated at a news conference on Thursday he may have to dip into the transfer market to address the loss of Chambers.

"Obviously, we had a bad injury with Calum, that's going to change our plans at the back. But the reality at the moment is we're not going to be able to do much.

"I'm more concerned at the moment to get people back from injuries than signings, and trying to improve the players we have here, get everybody on board with what we're trying to do.

"If something extra comes up and we think it's the right opportunity, let's do it."

Arteta could also be without Bellerin and promising forward Gabriel Martinelli for Monday's FA Cup tie against Leeds United, with both players being assessed due to tight hamstrings.

EPL: Almiron off the mark, Everton and Arsenal play out bore draw