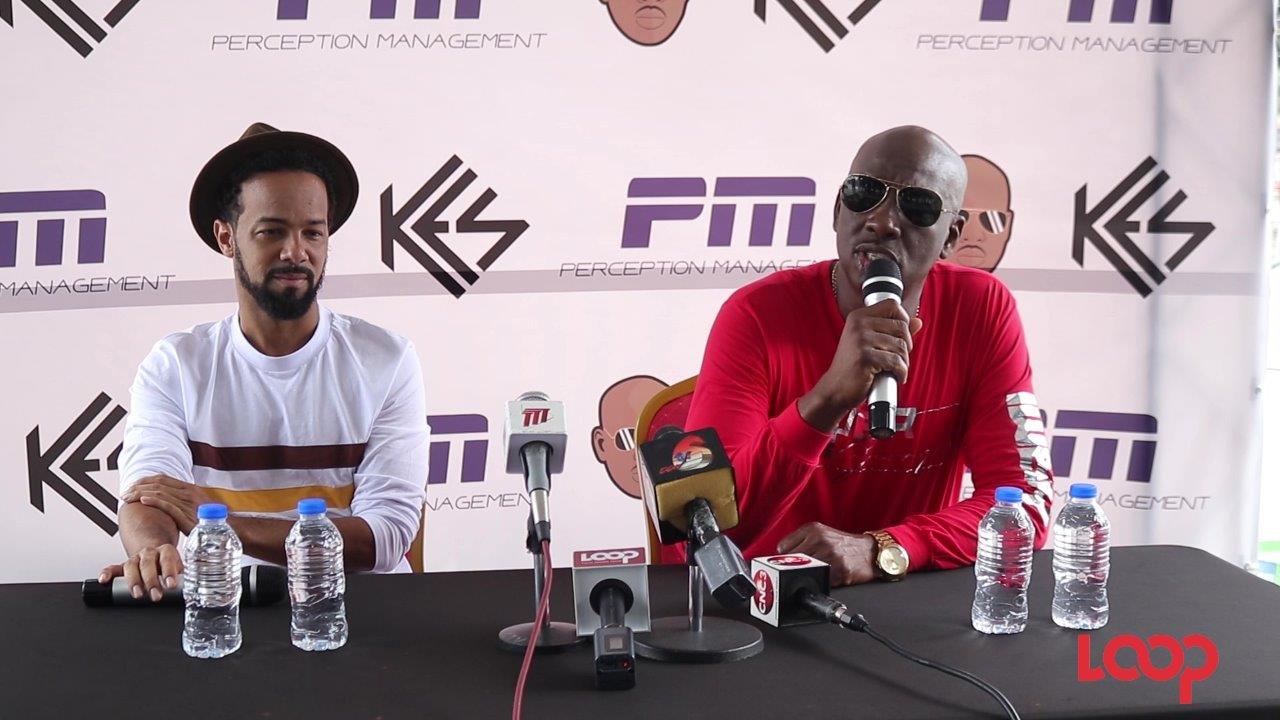 Road March winners Neil “Iwer” George and Kees Dieffenthaller are thankful for the love that their collaboration “Stage Gone Bad” received from the people during Trinidad and Tobago’s Carnival festivities.

“Stage Gone Bad” won the Road March after it was played 386 times at the judging points.

George and Dieffenthaller held a joint media briefing on the Queen Park Savannah Stage today and they are happy about being crowned kings of the road.

“It took me 20 years to get to another Road March. This is a very sweet feeling. It’s a feeling that words cannot explain because I started to give up hope,” George said.

This is Dieffenthaller’s first Road March title and it comes a year after his track “Savannah Grass” placed second to “Famalay” by Montano, Bunji Garlin and Skinny Fabulous.

“It was a dream to work with Iwer and I could not predict it. It was most amazing to see the industry work together,” Dieffenthaller stated.

Both Dieffenthaller and George could not say if they will defend the Road March title in 2021 together but they are leaving it up to fate.

George noted that he will be setting up something for Dieffenthaller to sing on.

Trinidad born rap star Nicki Minaj hinted on her Instagram page that she would be doing a track with Dieffenthaller and Montano after she posted a photo with the duo on Carnival Tuesday.

Dieffenthaller appeared surprised by Minaj’s post but he said “just tell her to inbox me. I’m ready to go.”

Also at the event was baker Shania Moonsammy who presented Dieffenthaller and George with a cake that was a replica of the Savannah stage.

“Because of all the humiliation, I went through...I felt a sort of personal connection (to him) and I left like he needed to be rewarded in every way possible.” She stated.