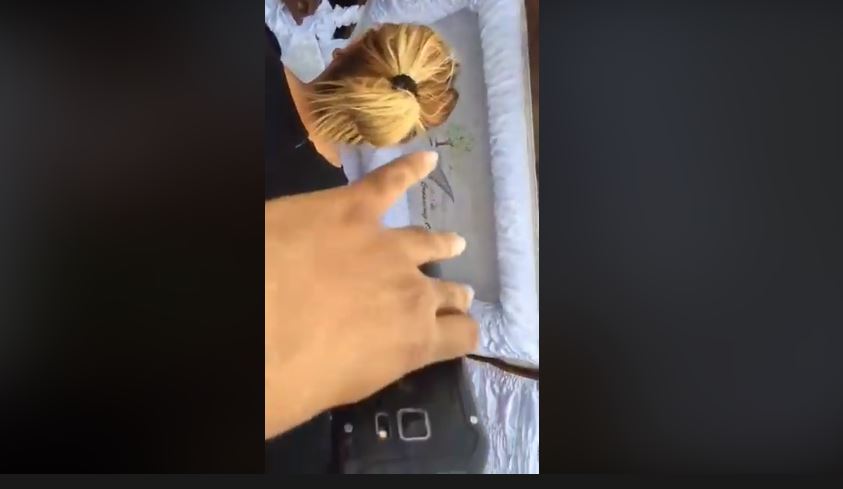 Those were the words of Rachael Sukhdeo as champagne and hennessy were poured on her brother’s body.

Phillip Bassant was gunned down outside his mother’s Charlieville home last week.

On Tuesday, scores of mourners including family gathered to say goodbye to him.

Moet Champagne and Hennessy Cognac were poured on his body.

A bible also laid next to him in the coffin.

While much smaller, it was a similar send-off to that of his brother in law Sheron Sukhdeo who was also gunned down near the same location on March 26th.

Police believe their killings are connected.

Close family friend, Ian Alleyne attended the funeral service of Bassant and aired the eulogy given by Sukhdeo, in which she heaped praises on her brother.

“Phillip lived a life like a king. He had everything he ever wanted,” she said.

She said anything her brother wanted she gave to him.

Sukhdeo added that her brother was always very protective of her.

She also had a message for her brother’s killer.

“To the person that [killed] my brother, I want to say God bless you and thank you because you took all his troubles away. He has no more troubles, no more suffering, no more nothing. Now my brother is resting in peace. Is everybody out here now to feel the heat,” she said.

On Sunday, Sukhdeo in a post on Facebook appeared to publicly name the killers of her husband and brother, who were both killed just a few months apart.

She said someone known to Sheron always wanted him dead.

“U all were always inseparable… (another person) always hated u an wanted to kill u…if you didn’t know how to dance rat face wlda kill u long before. Now u gone and also Phillip but I wish him luck in killing me,” she said.

“I wish him luck in killing me,” she added.

Bandit makes off with $200k hidden in pillow cases