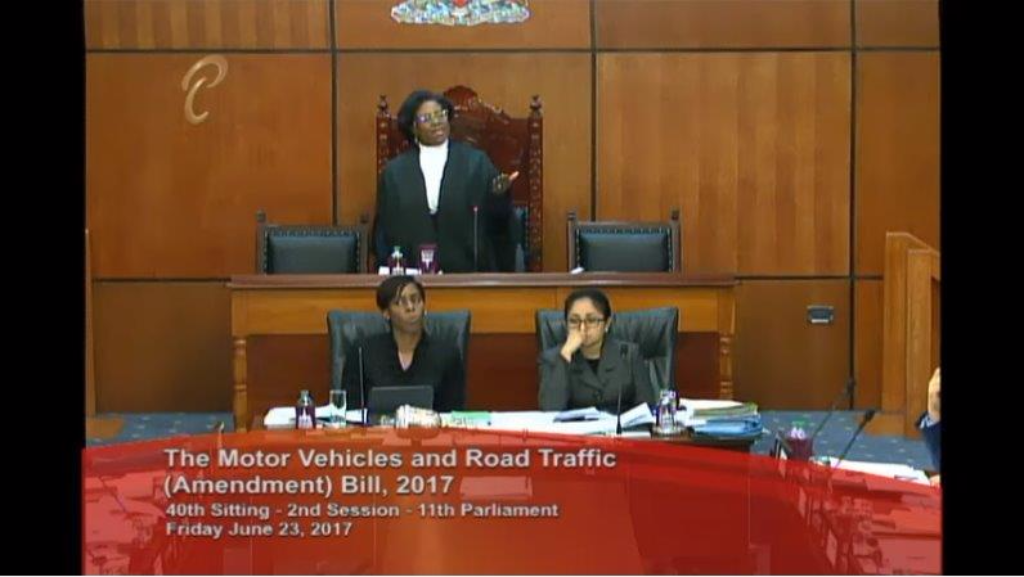 The Motor Vehicles and Road Traffic Amendment Bill 2017 was passed in the Lower House late on Friday, in the absence of the Opposition bench, with no amendments.

Opposition members staged a walkout after Speaker of the House, Brigid Anisette-George, ruled that debate on a definite matter of public importance related to the efforts to bring relief to citizens affected by the aftermath of Tropical Storm Bret end, and debate on the Act continue.

Speaking on the definite matter, Princes Town MP Barry Padarath chastised Prime Minister Dr Keith Rowley for going to South Trinidad “with his hands swinging, not a crix, not a tin of sardines to deliver to the people”.

Padarath went on to accuse Government of having a “disdain” for people of South Trinidad “who will not forgive them”.

Choas erupted in the House with words being exchanged between the Government and Opposition, following which Anisette-George intervened and suspended the sitting of the House for a period of time.

On resumption of the sitting, however, the Opposition continued its protests with its leader Kamla Persad-Bissessar telling the Speaker: “You can’t tell me to sit down, you will sit down for yourself”.

As the Speaker attempted to bring order to the House, shouts of “racist” accusations could be heard. 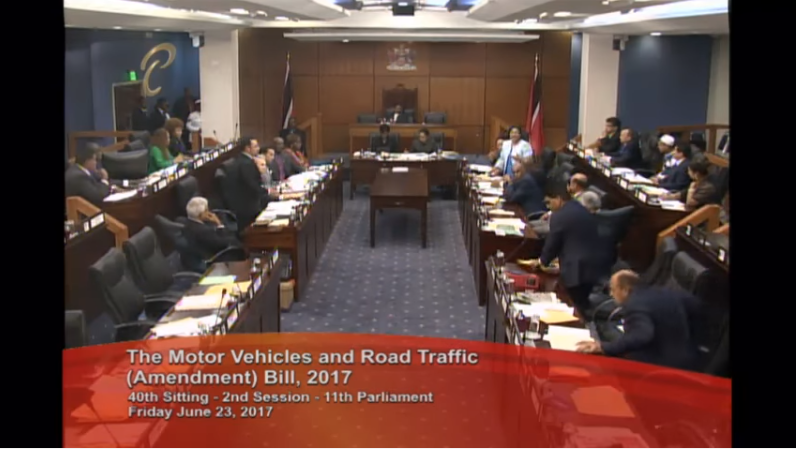 The Opposition then walked out, with Padarath refusing to apologise to the Speaker.

Meanwhile, in contributing to the debate on the Bill, Minister in the Office of the Attorney General and Legal Affairs Stuart Young said citizens should not be bothered by any increases in fines as these would only be incurred through breaking the law.

The Amendment to the Act provides for the implementation of a red light camera system, demerit points and reform of the fixed penalty system and related legal proceedings.